Belgian GP F1 2022: Checo Prez went to the simulator after the Belgian race to understand the difference with Verstappen 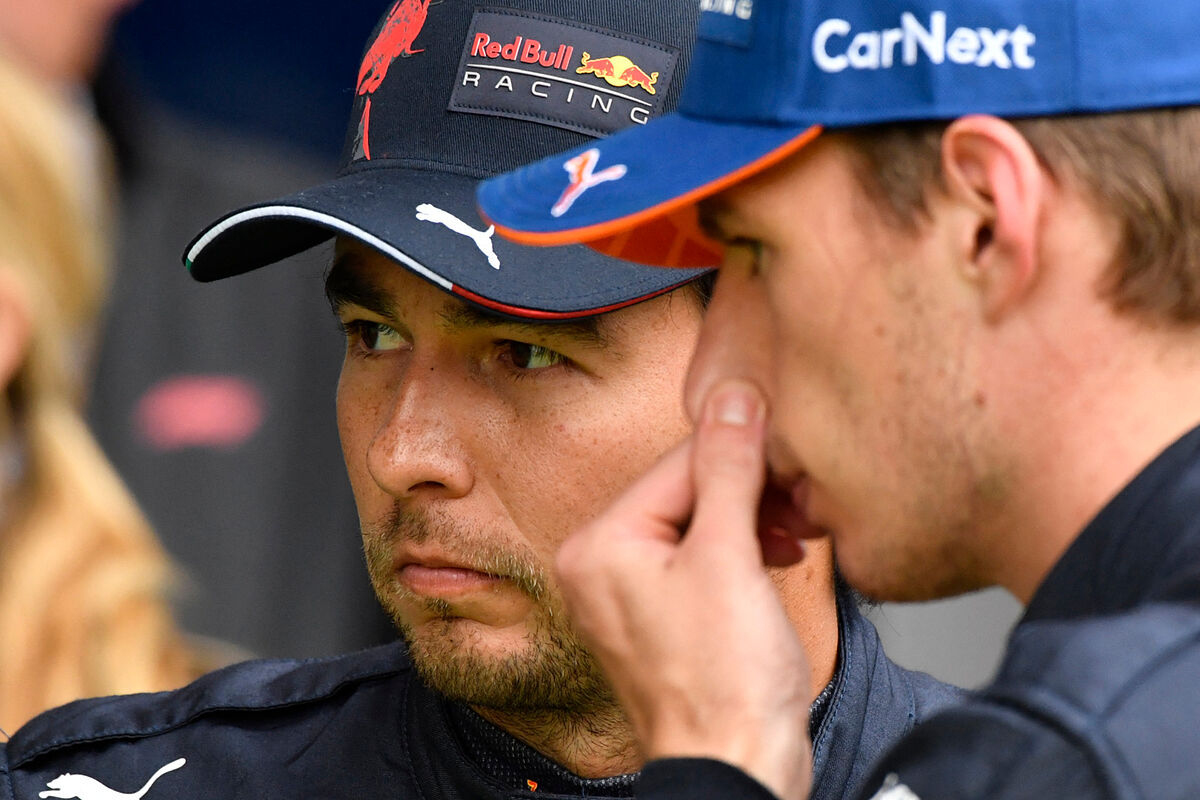 Max Verstappen showed impressive dominance in the past Belgian Grand Prix, where he climbed from 13th place to first place, taking a comfortable ad

Max Verstappen showed impressive dominance in the past Belgian Grand Prix, where he climbed from 13th place to first place, taking a comfortable advantage over the second place occupied by his teammate in Red Bull, Serge Perez, who recognized how strong the Dutchman was in Spa and revealed that even this week he had to go to the simulator to try to understand that gap with Max.

“Yeah, he was super, super fast (Verstappen) last weekend. Really, very strong. I’ve been in the simulator this week, trying to figure everything out. And I hope to be able to get one more march on my side,” the Mexican mentioned in a conference.

Given such a difference that was seen between the two Red Bull, Prez assured that from now on he will try to find the answer to this distance between him and Max and will do everything on his side to achieve his goal which remains win the drivers’ championship.

“Well, just doing as much as you can on my side: make sure I understand why there was such a difference there. What do I have to do differently and how can I exploit the car more. And that’s it, you know. There is much I can do. I’m not going any lower than that. That is what it is. At the end of the day, I also have a championship and a race to fight for. so every weekend is a new opportunity”, Czech added.

Likewise, the pilot from Tapato recognized that as the championship has progressed he has felt less comfortable aboard the RB18, unlike his teammate, who, contrary to this, has been finding it easier to drive.

“I think at first I felt more comfortable, every time I got to a weekend at the first practice I was already easily happy with the balance, and things came naturally to me. As the season progresses It seems that it has become more and more difficult. Every weekend I have to do a deeper analysis. And yes, I don’t feel as comfortable with the car as I used to,” she said.

Finally, the Mexican was questioned about whether he considers that the problem with adapting to the RB18 on recent roads lies in the changes at the rear that ‘benefit’ Verstappen’s driving style, to which he replied: “it’s a bit in that address. Obviously the car has evolved and gone in a certain direction. Right now my main goal is to make sure I am able to control the car.”

Tags: Claro-MX/Engine/Formula-1
F1 2022: Helmut Marko on Verstappen and Checo Prez: “Max is usually the faster of the two”
Azerbaijan F1 GP 2022: Mika Hkkinen: “Verstappen has Checo Prez to thank for the victory”
Dutch GP F1 2022: Checo Prez and a difficult weekend in the Netherlands
FORMULA 1 2422

Loading...
Newer Post
The 10 most expensive signings of the summer market 2022-2023
Older Post
This is the complete card of the evening Andy Ruiz Jr. vs. louis ortiz