Ben Roethlisberger could play his last game of the playoffs vs. chiefs 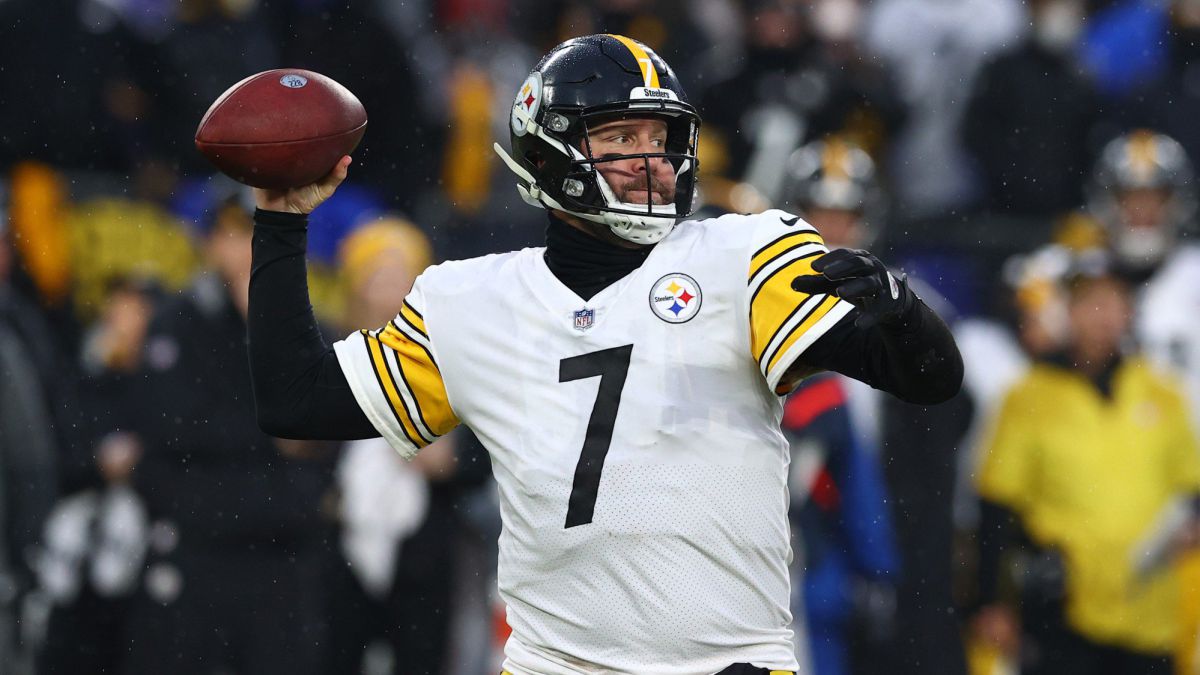 Ben Roethlisberger could play his last game of the playoffs vs. chiefs

The Pittsburgh Steelers qualified for the playoffs in the 2021 NFL season thanks to a combination of results that allowed them to place in the seventh position of the American Conference and will face the Kansas City Chiefs in the Super Wild Card Round in what could be Ben Roethlisberger’s last playoff game.

In 18 years of career as a professional, Roethlisberger has played in the playoffs in 11 of them and has played 22 matches. His record is 13-9 and two of those victories have been in the Super Bowl, in the XL and XLIII editions.

The first postseason commitment was played in his rookie campaign. In the Divisional Round he faced and prevailed against the New York Jets 20-17 thanks to a Jeff Reed field goal in overtime. However, in the AFC Championship he was crushed by Tom Brady and the New England Patriots 41-27.

His second season at the helm of Pittsburgh’s offense was epic.. After breaking into the playoffs as the sixth seed, Roethlisberger and the Steelers beat the Cincinnati Bengals, Indianapolis Colts and Denver Broncos on the road before beating the Seattle Seahawks in Super Bowl XL.

In the 2007 season he had one of his worst playoff performances against the Jacksonville Jaguars in the Wild Card Round. ‘Big Ben’ threw three interceptions and was sacked six times in a 31-29 loss.

Pittsburgh won its sixth Vince Lombardi Trophy in the 2008 season by beating the Arizona Cardinals at Raymond James Stadium during Super Bowl XLIII. In this match, Roethlisberger hit one of his best game-winning shots as he connected with Santonio Holmes in the end zone with 35 seconds left.

Loss in the Super Bowl

Two years after winning his second championship, Roethlisberger guided the Steelers to their third Super Bowl game in seven seasons., however, was defeated by Aaron Rodgers and the Green Bay Packers in the XLV edition.

Following the loss, the Steelers made the playoffs the following season. Regrettably, they lost to the Denver Broncos in the Wild Card thanks to Tim Tebow’s pass to Demaryius Thomas on the first play of overtime.

After a two-season playoff drought and 8-8 records, the Steelers returned to the postseason in 2014. However, the Baltimore Ravens crushed Roethlisberger, intercepting him twice and sacking him five times.

In 2015, the Steelers got past the Cincinatti Bengals in the Wild Card Round, but they were defeated by Peyton Manning and the Denver Broncos in the Divisional Round.

Roethlisberger’s last three appearances have all ended in losses.. In 2020 he lost to the Cleveland Browns in the Wild Card Round after throwing four interceptions; in 2017 he had one of his best performances, statistically speaking, against the Jacksonville Jaguars, but his five touchdown passes were not enough to advance from the Divisional Round; and in 2016 he lost the AFC Championship against the New England Patriots, the eventual champions of Super Bowl LI.

In addition, he has rushed 74 times for 246 yards and three touchdowns. The veteran quarterback has suffered seven fumbles and has lost the ball three times.