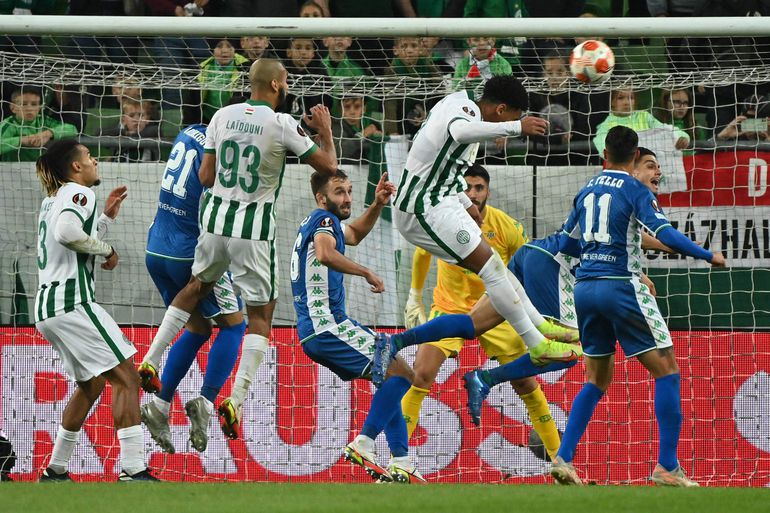 Betis endorsed their great moment in LaLiga with their second win in Europe, this time against a Ferencváros that neutralized the 0-1 of French Nab

Betis endorsed their great moment in LaLiga with their second win in Europe, this time against a Ferencváros that neutralized the 0-1 of French Nabil Fekir shortly before the break, although in the second half they reacted with the changes and imposed their potential with two goals, an own goal by American Henry Wingo in the 75th minute and another by Cristian Tello in the last minute of added time.

They measured two teams on a streak in their leagues, the Hungarians with three consecutive victories and the Sevillians with another three and a draw, plus their European triumph against Celtic (4-3) that put them leader of group G together with German Bayer Leverkusen , who beat Ferencváros 2-1 on the first date.

To maintain his privileged position, in his first outing in this Europa League, coach Manuel Pellegrini revolutionized his eleven with nine changes. With the sensible losses due to annoyances of Canales and the Portuguese William Carvalho, only the Argentine central Germán Pezzella and the French midfielder Nabil Fekir, the most destabilizing of Betis, repeated with respect to the victory in the League against Getafe.

The bet, marked by the forced rotations to face three competitions with guarantees, was for the Portuguese goalkeeper Rui Silva; Montoya, Bartra and Álex Moreno in defense; the Ivorian Paul Akouokou and the Mexican Guarded in the middle; and in the offensive part Joaquín, Rodri, Fekir and, above, Borja Iglesias.

The crash began calmly, smoothly and with the planned script. Betis, with Paul and Guardado attentive and always ready to link up with Fekir, the one who could best break the match in a quality action, although in front was a physical and disciplined Ferencváros, orderly, but with limitations to go on the attack.

The dominance was of the Betics for quality and disposition against a willful rival, although, with their control and sometimes parsimonious football, they did not create the chances that they usually generate when they pull upright and cheek, and print more speed to their offensive actions.

Even so, Betis, technically superior to the Hungarian champion, took the lead in the 17th minute by making the most of a great opening to the right of Guarded for Rodri Sánchez and his service to Fekir, who controlled perfectly with the right and with the same leg, the least good of the French, he shot Dibusz without remission.

The duty of the Spanish team, despite a focused header from the Mexican Guarded who cleared the Hungarian goal without any haste, is that he did not press to expand his income and do more damage to ‘Fradi’, a popular nickname of the historic Budapest team, who took advantage of that lack of determination to seek to balance the shock again.

He did it timidly, but with faith, and, after warning with header shots from the Moroccan brothers Mmaee, first from center-back Samy and then from striker Ryan, he tied one minute before the break, when a serious failure by Argentine Pezzella left the ball in the feet of the Albanian Myrto Uzuni, who nailed it from a placed shot to the left of Rui Silva.

In the resumption, Betis continued to carry the weight of the game, but without too much depth, although Pellegrini’s changes injected renewed energy into his team with the entry of a stroke from Argentine midfielder Guido Rodríguez, winger Cristian Tello and Brazilian striker Willian José, by Paul, Joaquín and Borja Iglesias.

The Chilean coach’s bet paid off, as Betis took a step forward against a Ferencváros who did not want to take risks and who only came out in a few cons, almost always without much verticality or danger.

It was Betis who pressed the most and, after a slightly deflected header by Marc Bartra and a very centered shot from Guarded that stopped Dibusz, found the prize for his superiority and his insistence a quarter of an hour from the end, when in a thrown corner For Fekir, the American Henry Wingo introduced the ball into his goal.

After the 1-2, the Betis controlled the game without problems and, although Ferencváros, already without strength, tried unsuccessfully through two separate shots from the Mmaee brothers, it was the Spanish team that rounded the score with a both from Tello in quick action at 95 minutes after getting into the area and hitting the Magyar goalkeeper with a cross shot.

Incidents: Match of the second day in group G of the Europa League played at the Ferencváros Stadion in Budapest in front of some 16,000 spectators, of them almost 700 Betic fans.

Gary Stempel: “Panama is a team with beautiful football”
FIRST | Football in the Basque Country continues at 60%
Antonio Valencia disagrees with Gustavo Alfaro for his approach to Venezuela | Football | sports
FOOTBALL 650