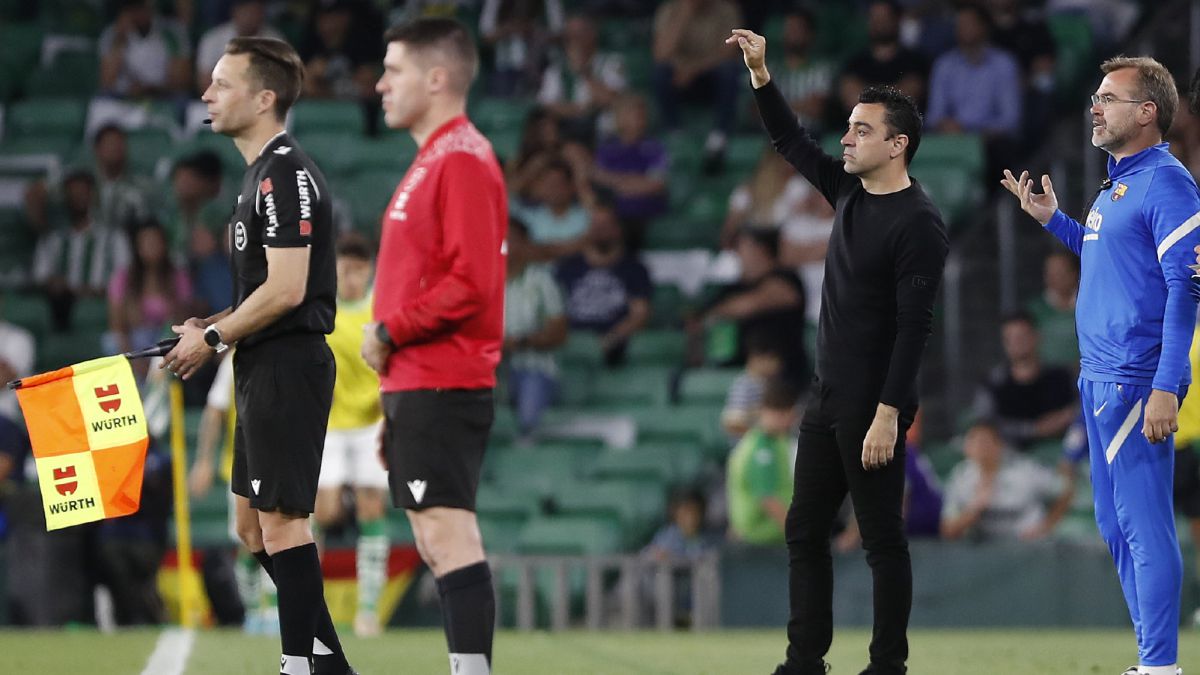 Kristaps Porzingis, a Latvian center who plays for the Washington Wizards, was a guest at Villamarín's Betis-Barcelona match and charged the refer

Kristaps Porzingis, a Latvian center who plays for the Washington Wizards, was a guest at Villamarín’s Betis-Barcelona match and charged the referees when he was interviewed by Movistar during the break: “This is my second home game with Betis. But the referees aren’t too much on our side. And they can’t fine me for saying bad things about them.”

Porzingis, who is often seen wearing the green and white elastic, He trained at CB Sevilla, now Coosur Betis, at the age of 15, and at just 18 he was one of the stars of the team coached by Aíto García-Reneses in the 13-14 season. In 2015 he was selected by the New York Knicks in the fourth round of the NBA draft. He played three seasons in the Big Apple, and two and a half in the Dallas Mavericks, who sent him to Washington in the middle of last season.

His 2.21 makes him one of the tallest players in the NBA, but as he showed in the Villamarín box, he doesn’t seem to be making a career as a futurist: “We must play better in the second period, I am sure that Betis will win”, he stated before Pellegrini’s team succumbed in the last minute of the game against Barcelona.