Biaggi, with a team in MotoGP next year? 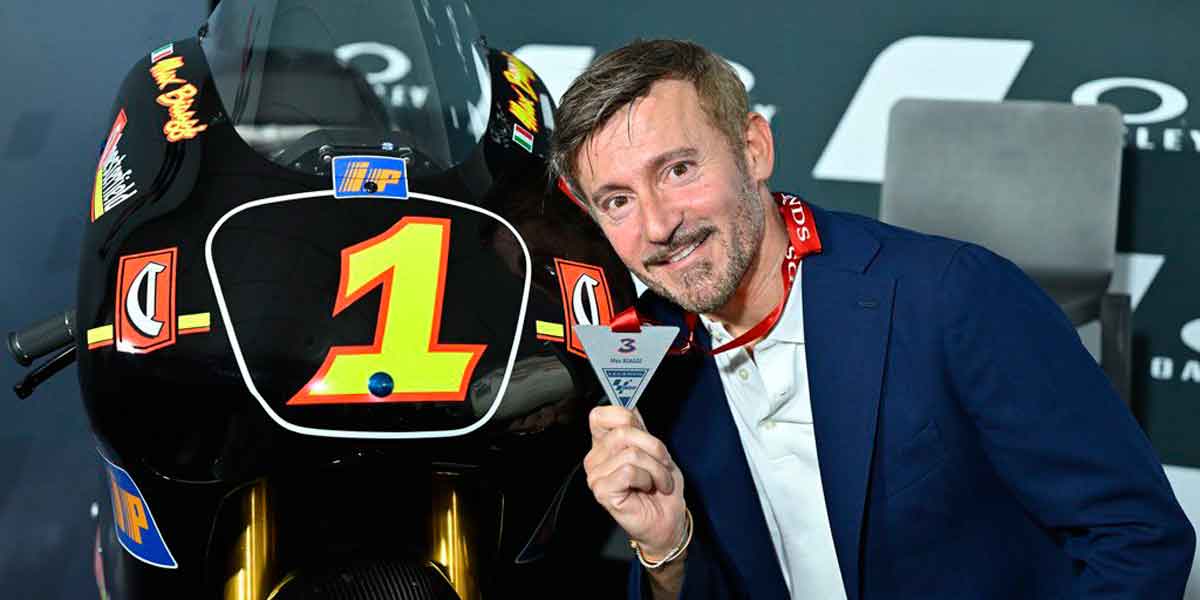 Max Biaggi4 times World Champion in 250cc and 2 times in Superbike, has an ace up his sleeve to have a team in MotoGP next year. The next November

Max Biaggi4 times World Champion in 250cc and 2 times in Superbike, has an ace up his sleeve to have a team in MotoGP next year.

The next November 6th will be disputed Valencia GP 2022the twentieth and last appointment of the MotoGP World Championship of this year. Well, that day Sterilgarda Husqvarna Max Racingthe squad owned by Max Biaggiwill put an end to its presence in the category of Moto3. This was confirmed by theMotoGP Legend‘after the past Malaysian GP 2022a round in which its pilots John McPhee and Ayumu Sasaki added a spectacular and unexpected 1-2 in the small category.

Why won’t Biaggi and his team continue in Moto3 next year? Because they don’t have room. Last September, the colleagues from speedweek.com They published that between Peter Oettl and Max Biaggiboth sports partners since 2018More than just sparks flew. In fact, they struggled to prove who was the owner of the current Sterilgarda Husqvarna Max Racing. So there was the dispute that was IRTA who ended up ruling in favor of the former 250cc and SBK Champion. More than anything, because Biaggi was the one who paid for the entire structure out of his own pocket, he signed the contracts with Husqvarna and Sterilgardand took over the services of Sasaki and McPhee until 2023…

Oettl’s response: associate with the Liqui Moly Intact GP and make it the official team of Husqvarna in Moto2 and Moto3 face to 2023. That is why Biaggi announced the end of the adventure of the Max Racing Team in Moto3.

Two steps at once

The normal thing would be for Biaggi and his structure to seek accommodation in the intermediate category. But apparently ‘Mad Max’ likes challenges and therefore the 4 times 250cc World Champion and 2 times Superbike I would be seriously considering making the jump to the maximum class, according to our colleagues from moto sprint.

Everyone knows that Biaggi is an ambassador of aprilia (the launch of the exclusive RSV4 X has been present and he owns one) and that on more than one occasion this year he has been seen in the box of the team led by Massimo Rivola. Also, the brand noale will count in 2023 with a satellite team, the RNF Racing of razlan razali. So what do they have to do Max Biaggi and the structure of Razali?

The reason is very simple. WithUcurrent sponsor of the Malaysian team, announced in September that it will no longer sponsor the RNF MotoGP Team the next season, without a doubt a setback for razlan razali. Well, this is where Biaggi would play the Sterilgard as the new main sponsor. In this way, it would not only keep alive the collaborative project between the RNF of Razali and apriliabut he would become the new team manager of the satellite team of noale the next season.