Bill Russell, the man who changed basketball and the NBA, has passed away 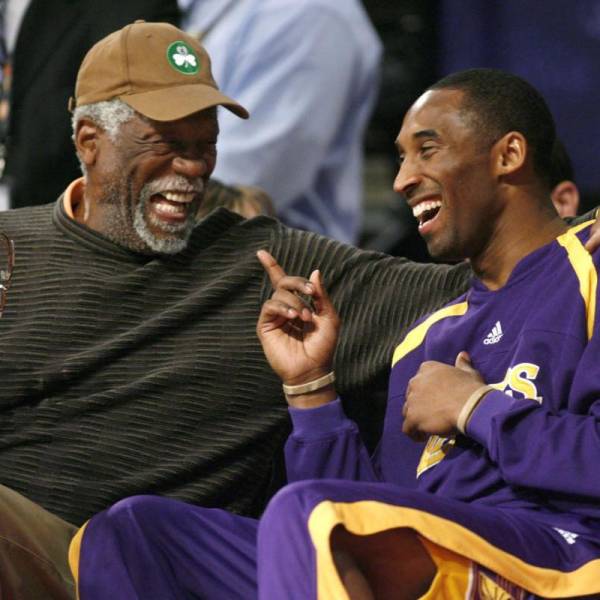 Few players had an impact on the history of basketball like that of Bill Russell, legendary center of the Boston Celtics who died this Sunday at t

Few players had an impact on the history of basketball like that of Bill Russell, legendary center of the Boston Celtics who died this Sunday at the age of 88, after a prodigious career that saw him win eleven NBA titles, being the first African-American coach of American sports and a tireless fighter against discrimination.

Bill Russell, born on February 12, 1934 in Monroe, Louisiana “passed away peacefully, with his wife Jeannine at his side,” his family said in a statement published in the American morning.

Gone is one of the most important athletes of all time, the greatest winner in the history of American sports and a player who revolutionized basketball, taking the defensive game to another level.

He conquered eleven NBA titles in thirteen seasons in the league, all lived in the jersey of his beloved Boston Celtics, between 1956 and 1969. His legendary number 6 is hung from the ceiling of the Garden, in which the images of his triumphs are regularly projected on giant screens to evoke the greatness of the franchise.

Eight of those eleven titles came consecutively and with Russell as the main protagonist. His weight in the paint and his powerful shots lit the Celtics’ path to glory.

Russell was also the first African-American coach in NBA history, accepting a player-coach position from 1966 to 1969, when Red Auerbach became the franchise’s manager.

In all, Russell reached twelve NBA Finals in his thirteen years in the league. He was a five-time NBA MVP, a twelve-time All-Star, a four-time rebounding leader (he averaged 22.5 per game for his career) and has been a member of the NBA Hall of Fame since 1975.

Added to this is the gold medal won at the 1956 Melbourne Olympics and the Presidential Medal of Freedom awarded to him by then-US President Barack Obama in 2011.

MUCH MORE THAN A SPORTSMAN

And it is that Russell’s legacy transcends sports. He was a tireless defender of freedom and equality, fighting against discrimination.

He refused to participate in an exhibition in 1961 precisely to send a message against discrimination, tolerated for too long.

“Beyond the triumphs, his way of understanding the battles is what illuminated his life. (…) Bill denounced the injustices with relentless clarity with which he intended to break the ‘status quo’, and with an example that, despite Although it was never his humble intention, he will always inspire teamwork, altruism and change,” said his family.

The city of Boston honored his legend in 2013 with a statue placed in City Hall Plaza.

His memory in Boston and in American sports is eternal and the NBA did not hesitate to define him as “the greatest champion in the history of team sports.”

Tags: Bill russell
NBA 2022: Las Vegas prepares a 1,000 million stadium to seduce the NBA
PlayOffs NBA 2022: Where were you going Luka? Ayton bursts the hoop to lead the top!
Floyd Mayweather would compete with LeBron James to own an NBA team in Las Vegas
NBA 3448

Loading...
Newer Post
Tickets for Wos in Argentinos Juniors: prices, how to buy tickets and when is the show
Older Post
Denver Broncos looking to repeat Peyton Manning formula with Russell Wilson