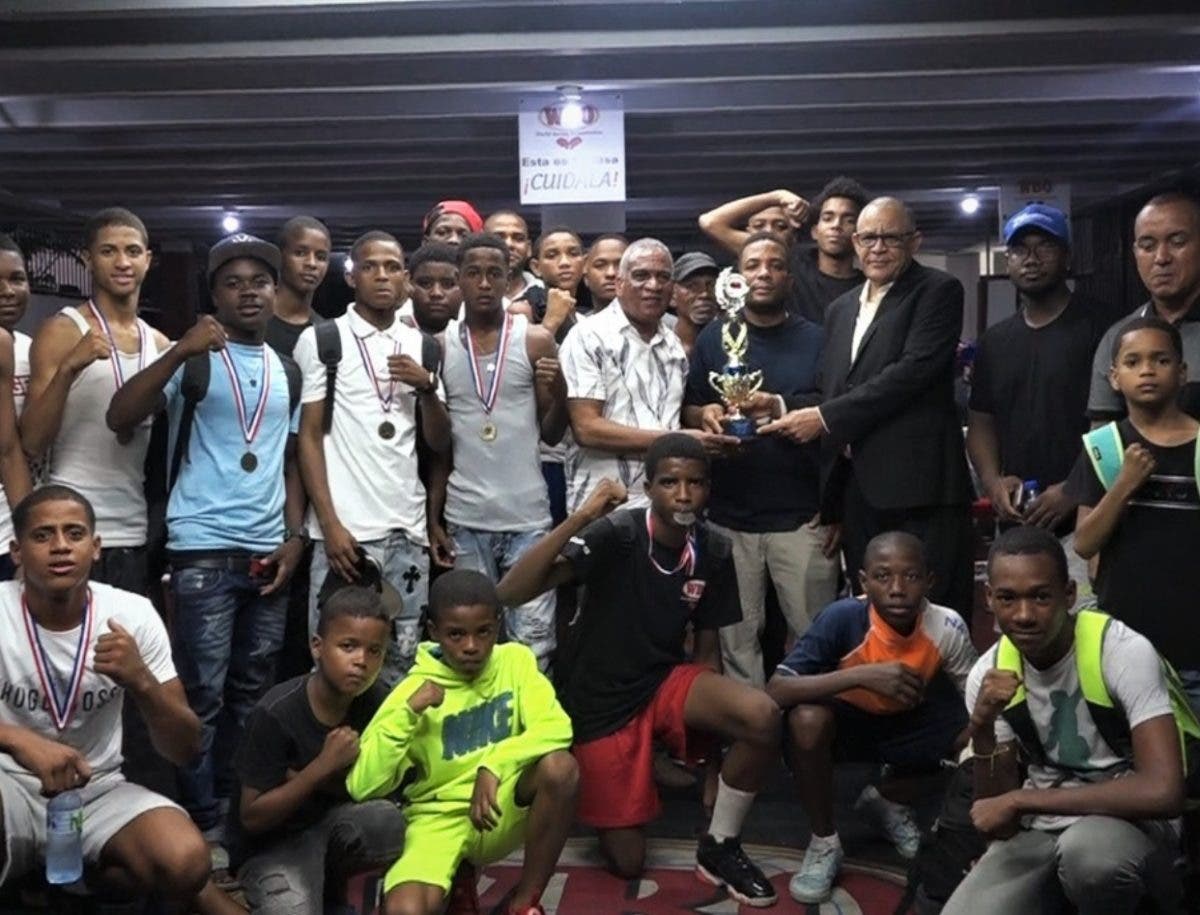 Gerardo Montero, president of the DN Boxing Association, awarded the most outstanding athletes in the different categories of youth box

Gerardo Montero, president of the DN Boxing Association, awarded the most outstanding athletes in the different categories of youth boxers

The Billy Thompson Club conquered the first place of the 47 Tournament of Youth Boxing of the National District, after dominating the final battles that took place in the premises of that entity in the María Auxiliadora sector.

The representation of billy thompson got a total of 30 points to proclaim himself champion of the fair organized by the National District Boxing Associationwho presides Gerardo Monteroand had Juan A. Rodríguez as technical director.

Montero reported that 80 athletes competed in the contest and it was held in the children’s categories, for athletes 15-16 years old; youth (17-18 years) and elite (19 years and older).

In second place was the Jose Gomez Diaz with 15 points and in third place the club was positioned Minerva Mirabal by adding 10 units.

We invite you to read: How are the Home Run Derby winners doing in the second half?

The award ceremony was led by Montero, accompanied by Rodríguez and Angel Rivaspresident of the National District Volleyball Association (Asovodina)and Roberto Ramírez, president of the Dominican Federation of Clubs (Fedoclubes).

Montero announced that the team of the National District who will compete in the National Junior Tournament later this month in Sabana Grande de Boyá, Monte Plata. He highlighted that the tournament was held with the support of the Ministry of Sports and the endorsement of the Dominican Boxing Federation (Fedoboxa).

The boxers who won gold medals were, in the 51 kilograms, Jesús Ramírez, from the José Gómez Díaz club, who beat Relbin Calderón from the Prospectos de Lucho club by superiority; and in 54 kilos Ezequiel Medina, from the Minerva Mirabal club, beat Jonathan Martínez from Billy Thompson 3-0.

In 57 kilograms, Alejandro Rosario, from the José Gómez Díaz club, defeated Jeremy Núñez, from the Juvenile Uprising; In 69 kilos, Cristopher Nova, of the Lucho Prospects won by decision 2-1 over José Martínez, of José Gómez Díaz.

In the 63 kilograms, Ignacio Valdez from the Ramón Paula club, beat Osmar Díaz, from Prospectos de Lucho, by knockout in the fastest fight in the first round); In 71 kilos, Jefferson Villar, from Samuel Santana, beat Roberto de Jesús, from María Auxiliadora 3-0.

You can also read: MLB: Who were the most outstanding first half of the season?

Tags: last News, daily, press
The Red Star, much more than football
Spain exhibits forcefulness and good football
Ande Soria shines in the Spanish Golf Championship and cup one of the podium
BOXING 3638

Loading...
Newer Post
Michael Schumacher receives an award in Germany
Older Post
When does the league start in each country? La Liga, Premier League, Serie A…