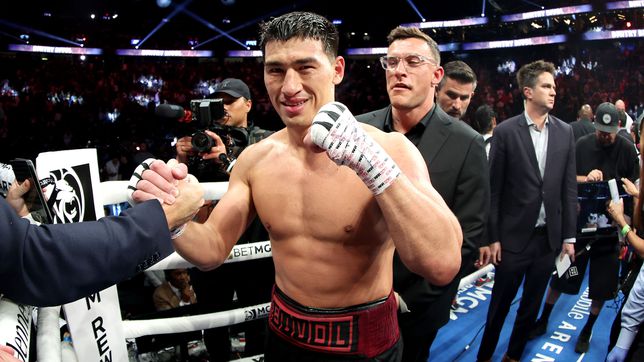 Dmirty Bivol will once again get in the ring with a Mexican boxer this Saturday, November 5. On this occasion, he will face Gilberto Zurdo Ramírez

Dmirty Bivol will once again get in the ring with a Mexican boxer this Saturday, November 5. On this occasion, he will face Gilberto Zurdo Ramírez, and will put his WBA light heavyweight belt on the line at the Etihad Arena in Abu Dhabi, United Arab Emirates. After his victory against Saúl Canelo Álvarez (58-2-2, 39 KO) by unanimous decision, the Russian will seek to make a new defense of his title that he has held in his hands since 2017.

Dmitry Bivol (20-0-0, 11 KOs) stunned last May when he defeated Canelo Álvarez by unanimous decision in Las Vegas. The Russian easily beat the Mexican, who did not have his night. He was very superior during the fight, he did not get tired at any time and presented a great defense. Canelo was looking for a great challenge, and he found it. The Russian is taller, heavier and with a larger wingspan. “I felt the power of him in my arms, but not in my face,” he joked after the crash. All of these factors ended in a victory for Bivol. There was talk of a rematch, but it seems that we will have to wait to see the rematch of these two out of series.

The Russian first held on to the light heavyweight belt in 2017 after defeating Trent Broadhurst by first-round KO in Monte Carlo, Monaco. Since then, he has successfully defended the title eight times. After his victory against Canelo, Dmirty Bivol wants to show again that he is the monarch of the category.

Zurdo Ramírez has promised that he will beat Bivol. The Mexican had long wanted to face him for the title and assures that “he is coming to avenge the victory” against Canelo Álvarez. Ramírez has an enviable record. At 31 years old, he remains undefeated and has 44 wins, 30 of them by KO. He will not be an easy opponent. He comes from beating Dominic Boesel (32-3-0, 12 KO) by KO in the fourth round and he will not make it easy for the Russian.

knock out the king
Boxing: Melania Sorroche hopes to become world champion before the limit
You will see my best version with Ryota Murata: Gennadiy Golovkin
BOXING 4910