Black night for Jazz and Suns 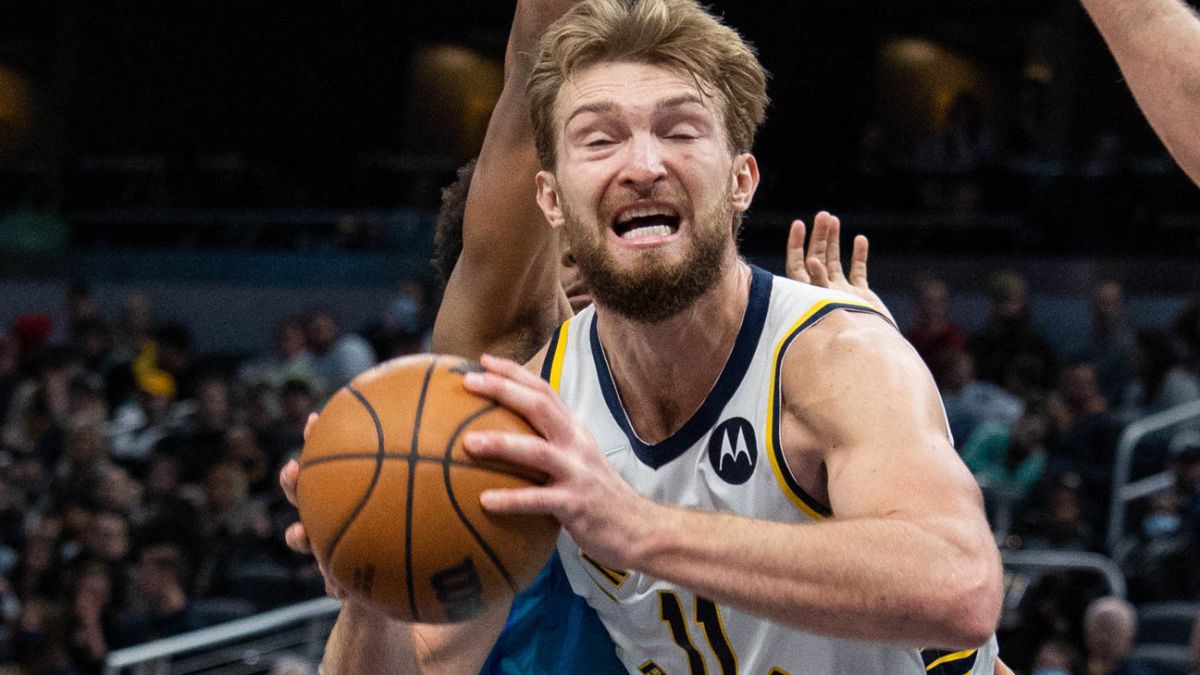 One of the most striking things in a season full, so far, of flashy things (and distorted reflections in the COVID mirror) in the NBA, could be th

One of the most striking things in a season full, so far, of flashy things (and distorted reflections in the COVID mirror) in the NBA, could be that Indiana Pacers have won both of their regular season games over the Utah Jazz, the second 125-113 and in a clear sample of how Quin Snyder’s defense melts once Rudy Gobert is gone, that entered the health protocols and whose absence always lingers on a team soft without him, who has been looking for answers for a long time to sew the absences of the pivot, due to injury or when the small quintets of the rival force to rethink the plan in playoffs.

Now at 28-12, the Jazz have two losses in a row before closing out a five-game road trip in Detroit. And not only are they not taking advantage of the Suns and Warriors skids but they have the Grizzlies, the fourth in the West, already on their heels (at a game and a half). It is not unusual to lose matches winnable on these home tours, but the Pacers were coming off six straight losses, they are a totally in the box team and they spent the second half fleeing from a rival who always seemed about to overtake him. But the most probable script, the theoretically best reaction in time, was not fulfilled. The Pacers won (15-25 now) and had a good cheer. A 0-12 in the third quarter (to 70-69) seemed to anticipate a disaster that never came. At 101-97, Justin Holiday had eight points. The Pacers could not stop finding ways to escape a porous rival that was not enough production of Bogdanovic (21 points), Clarkson (18) and an excellent Donovan Mitchell (36 points, 9 assists). Surprisingly, the Pacers played better the moments hot, they had more aim, more energy and tempered the wrist, which had failed until then, from the personnel line in the last minutes.

They are Pacers awakened by adversity, hungry. With a backcourt emergency, the undrafted rookie Duane Washington (16 points, 5 assists, important triples) and a Keifer Sykes (7 + 5 + 4) who is all energy and mobility and who has already secured his contract for the entire season. His great NBA opportunity with 28 years, the stories of the sixth wave. To that we must add the points of Holiday, that Myles Turner excelled in defense without Gobert around and that Lance Stephenson’s return has served as a catalyst for emotions and a generator of smiles in Indiana, the place where he always plays better than anywhere else. The escort, a player so In particular, he entered the first quarter with 15-20 and took the game to 33-27 with which that first quarter was closed. In the last one he distributed 7 assists, punished the Jazz by playing pick and roll constant with Domantas Sabonis and closed with 16 points, 6 rebounds, 4 steals… and 14 assists, the ceiling of his career. The one who took advantage of it the most, in favorable areas without Gobert’s very long presence, was Sabonis: 42 points, the ceiling of his career, and 6 rebounds. The Lithuanian scored his first 10 shots and finished with 18/22 one night to frame. One of smiles for some Pacers who have had few joys as resounding as this in this horrible season for them.

Without playing and while everyone talks about the return of Klay Thompson, the Warriors saw how Saturday’s day became favorable for them: the surprising defeat of the Jazz was followed by that of the Suns, which also had its crumb because the Heat They were literally swept away despite playing in Arizona, with eleven casualties (including Jimmy Butler and Bam Adebayo) and in the final stretch of a seven-game road trip (one postponed) away. Now it’s 30-9 for the Suns, 29-9 for the Warriors and 28-12 for the Jazz.

It’s clear the Heat (East third: 25-15) compete in whatever circumstances. And that they are one of the deepest teams in the NBA. But it was surprising to see how easily and brilliantly they filed down a Suns without defensive tension and that rarely do they put together such low-key versions of Chris Paul (9 points, 7 assists, 4 losses) and a Devin Booker That started well and went down (26 points, 5/15 shooting, 5 assists for 3 losses). Despite the return of Ayton and Crowder and the points of Mikal Bridges, the Suns offered one of their worst images of the season at the gates of a five-game road trip that now kicks off in Toronto, against the sticky Raptors.

The Heat embroidered it. They dominated the rebound and scored triples from everywhere: 15/30 at halftime, 22/44 at the end. It is the third time in a month that they have equaled those 22 that are the ceiling of the franchise. From the bench, Duncan Robinson scored 8 (8/16, 27 points) and Tyler Herro 3 (33 points). With Lowry in command of operations (14 points, 13 assists), Strus and Martin’s shots and the Total production of PJ Tucker and that discovery that is Omer Yurtseven (7 points, 16 rebounds, 8 assists) those of Spoelstra passed over the Suns in a plethora of display. That of the team to which, if it is complete, No one is going to want to be ahead in the East playoffs. At the time.

NBA: Luka Doncic’s incredible record that LeBron couldn’t get
NBA: Doncic enters the COVID-19 protocols and does not play on Christmas day
NBA: Shaquille O’Neal on Kyrie Irving and his stance on vaccines: “Get your ass out of there now”
NBA 1311