Blunt: the president of the UFC gave his opinion on the possible contest between Conor McGregor and Mayweather

The rumors about the possible rematch between conor mcgregor and Floyd Mayweather reached the ears of Dana White, president of the UFC. The Irish

The rumors about the possible rematch between conor mcgregor and Floyd Mayweather reached the ears of Dana White, president of the UFC. The Irishman has not been in the octagon since July 2021, when he suffered a fractured tibia and fibula in the trilogy against Dustin Poirier. Although everything would indicate that both parties began to negotiate a second fight in a boxing ring, the American businessman was uninterested in reaching an agreement.

The versions started when conor mcgregor posted on his Instagram account a photo of his fight against Money with the caption “I accept”. The post was quickly deleted by The Notorious, though fans began to speculate about a possible rematch. In this sense, the site “Fight Hype” reported that the negotiations are advanced between both parties.

Since his retirement, Mayweather made millionaire exhibitions

The latter surprised Dana White who, in an interview with “TMZ Sports”, was blunt and declared that he is not interested in a new fight between the two. “I have less than zero interest in seeing that again,” the UFC president commented. The former double champion lost by knockout in the tenth round, in what would be Mayweather’s last professional appearance.

On the other hand, White acknowledged that he was not even aware of the rumors that indicate that conor mcgregor and Floyd Mayweather are in negotiations. “I didn’t even know about that, I haven’t seen anything,” he said.

Money and The Notorious staged one of the highest-grossing fights in combat sports history. It took place on August 26, 2017 at the T-Mobile Arena in Las Vegas and generated more than 4 million dollars in PPV sales. Mayweather took home a purse of 100 million, while conor mcgregor recorded the highest income of his sports career with just over 30 million. 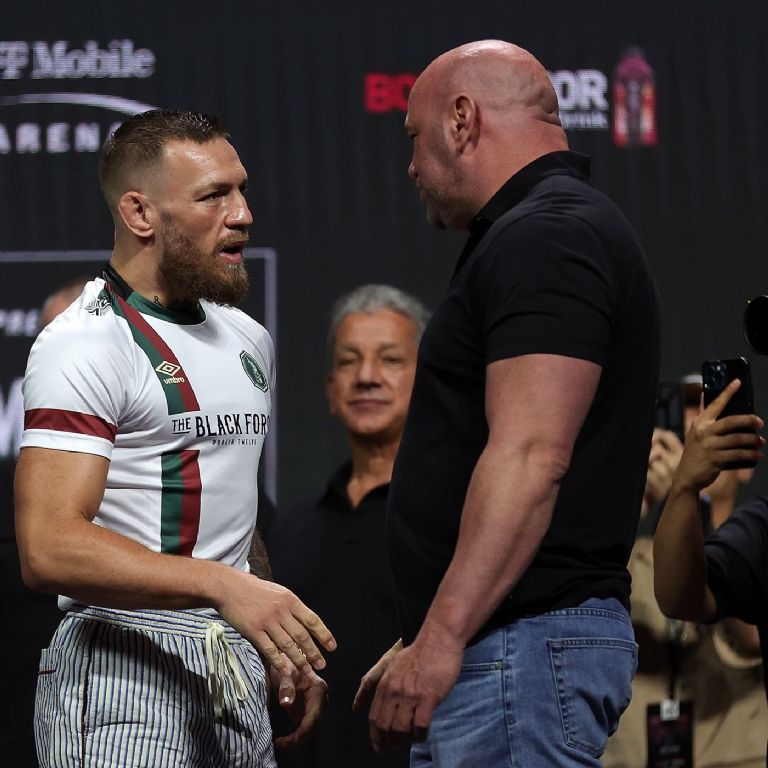 McGregor lost three of his last four fights in the UFC.

Who is shaping up to face McGregor

Dana White assured that the rehabilitation of conor mcgregor After his severe injury, he is in the estimated times and that he could return to the octagon at the end of this year or the beginning of 2023. In that sense, he acknowledged that the Irishman will only return to the cage and that his ideal rival would be Michael Chandler.

“We’re going to see what the stage will be like when Conor comes back. Conor is eighth in the ranking, Michael is in the fifth. It makes a lot of sense at this point,” the UFC president said. “I hope it will be at the end of the year or the beginning of next year,” he confirmed.

Tags: Floyd mayweather, Conor mcgregor, Dana White
“Probably”: UFC would have agreed on the return of Conor McGregor to the octagon with an old acquaintance
Boxing: Mayweather and Conor McGregor could fight again in a millionaire rematch: “I accept”
Jake Paul has alternatives to mount his next fight – Opinion
UFC/MMA 1108

Loading...
Newer Post
Gennady Golovkin net worth: how much does the Kazakh boxer earn from endorsements?
Older Post
NBA rumors: Nurkic and Simons, untouchables for the Blazers