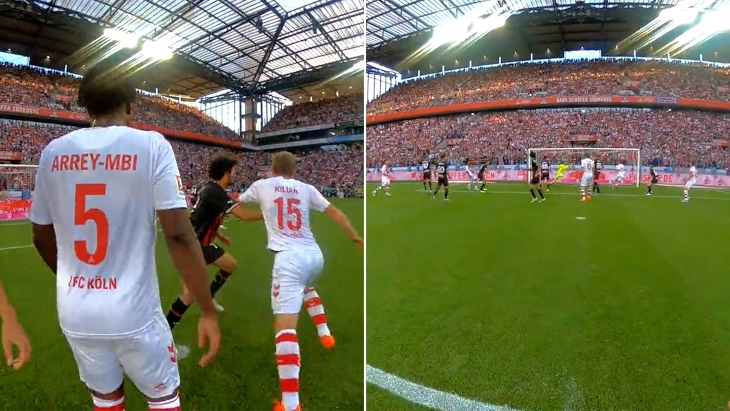 A body-worn camera powered by artificial intelligence was unveiled and tested during a friendly between Milan and FC Koln. Fans got a unique view

A body-worn camera powered by artificial intelligence was unveiled and tested during a friendly between Milan and FC Koln. Fans got a unique view of what happened in the game.

According to the designers, the purpose of the proposal is to minimize the distance between the passion of the fans and everything that happens on the field, they feel they are playing. For that, a vest called a bodycam is placed on it that captures the player’s view without generating any type of weight to play the matches. The first step towards great innovation in football.

The lightweight vests are designed to keep the player performing and feel like they’re wearing a GPS vest, and players forget they’re wearing it after a few minutes, naturalizing it.

More from the bodycam between AC Milan and FC Koln. pic.twitter.com/qgg3PBXeAs

Two FC Koln players used the vests and the videos that were published of the experience allowed to get inside the game. The Bundesliga club’s official Twitter page posted the body camera footage.

Timo Hübers and Cologne striker Tim Lemperle wore these body cameras, while other professionals were hooked up with microphones and certain footballers had special soles on their shoes that collected various tracking data.

A new and unique way to enjoy football from a side B has arrived. @worldwide

Tags: football broadcasts, body cam, Soccer
“The evolution of football is unstoppable and this week the nail penalty was born”
The Intercity football club makes history and rises 40% in its IPO | Markets
This is how the table was left with Talleres as the absolute leader, River on the prowl and Boca that is approaching
FOOTBALL 3180