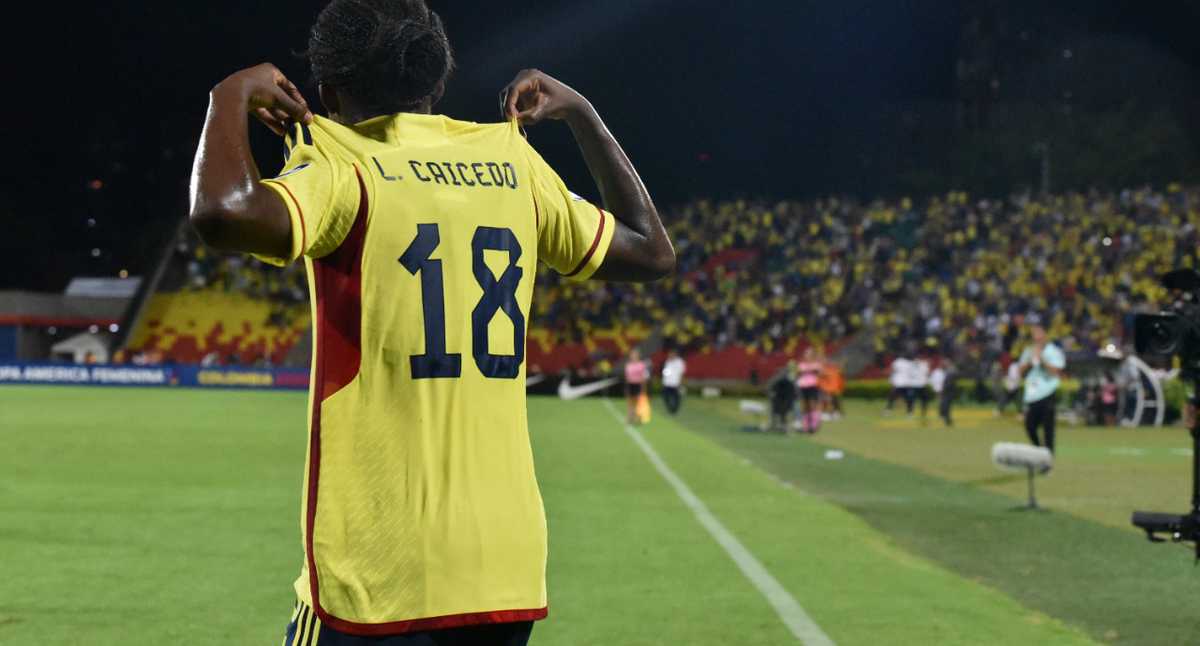 The uncovered streets of the La Gaviota neighborhood, in the village of Villa Gorgona in Valle del Cauca, not only saw Linda Caicedo destroy childr

The uncovered streets of the La Gaviota neighborhood, in the village of Villa Gorgona in Valle del Cauca, not only saw Linda Caicedo destroy children her age or older with her soccer, but also every pair of shoes that Herlinda Alegría and Mauricio Caicedo bought him.

He was born to leave his mark on football and he demonstrated it from Palmiran Generations. He dribbles, gambetas, goals and a talent that he surprised.

His huge smile is drawn thanks to the traces of the rival arch in his soul. She has scored goals since she was little, in Atlas, the Valle Selection and, later, América de Cali.

With the scarlet, according to the records of the statesman Rey Buitrago of female football, he made his professional debut against Cortuluá on July 14, 2019, entering at minute 52 by Luz Karime Caicedo, and incidentally debuted with a goal at 79 ‘, in the victory that day 2-0. With the Escarlatas, Linda played 12 league games with 7 goals scored, being champion in that 2019 against Deportivo Independiente Medellín at Atanasio Girardot.

After passing through America, he went to Deportivo Cali. In the sugar box from 2020 to date, she has played 37 official matches between the League and Copa Libertadores with 16 goals scored, being champion in 2021 and runner-up in 2022.

She made her debut with the senior team on October 23, 2021 against Chile in the Colombian 2-0 victory in the capital of Valle scoring at minute 27. Between Fifa class A and Copa América friendly matches, Linda has played 11 games and has scored 3 goals with the absolute Colombian national team.

Linda also scored the most important goal of the Colombian National Team in the last half with which they sealed their way to the final, the Olympics and the World Cup, defeating Argentina 1-0.

Despite the fact that she could not be in the South American sub 20 that also got a place in the world cup of the category in Costa Rica, Linda reached the Copa América with the gold of the Bolivarian Games and with the pride of having contributed goals in the under 17 who also has a guaranteed place in the World Cup in India.

This young star of Colombian women’s soccer also wants to stand out in fields other than soccer. She graduated from high school at the Gran Colombia school in Villa Gorgona and in concentrations she studies English.

“Linda’s professionalism has led her to ask permission before 8:00 at night because she is in English classes and that is how she builds her sports project. She makes sacrifices for the language, regardless of the double shift, she does not go to rest after dinner, but she goes to study, ”Carlos Paniagua told SEMANA after the experience she had directing it in the youth tricolor .

Messi, Neymar, Mbappé, Catalina Usme and Marta are his favorite footballers. However, Linda is aware that with her conditions and her good work in soccer, she can reach the world elite like her idols.

“She has the conditions to be the best in the world,” Dubán Pineda, one of her first coaches, told Gol Caracol.

Loading...
Newer Post
The family of boxer Ariel Camargo fights to clarify his death
Older Post
NFL 2022: George Kittle: “Every time I go to Mexico there are many fans and I always enjoy it”