Bolmaro debuted with the Utah Jazz, his new NBA team | The Cordovan contributed five points in a Summer League game that is played in Las Vegas 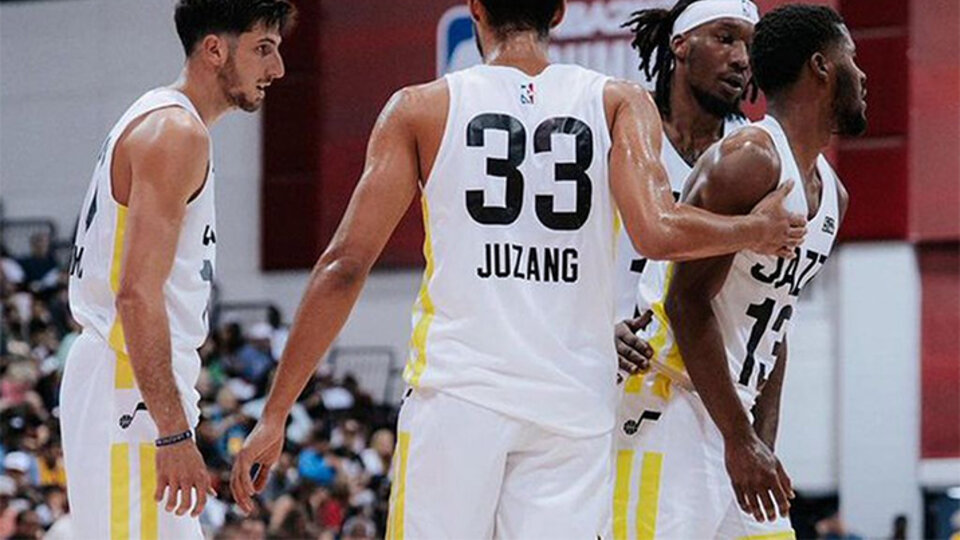 Argentinean Leandro Bolmaro got 5 points and 5 assists on Saturday night for his new team, the Utah Jazz, who beat the Atlanta Hawks, 72-66, in a m

Argentinean Leandro Bolmaro got 5 points and 5 assists on Saturday night for his new team, the Utah Jazz, who beat the Atlanta Hawks, 72-66, in a match corresponding to the NBA Summer League in basketball, held in Las Vegas. The 21-year-old Cordovan perimeter player was on the court for 28 minutes and also contributed with 2 rebounds and a ball recovery.

Bolmaro, a native of Las Varillas, made his debut in the Salt Lake City franchise, after being transferred approximately ten days ago from the Minnesota Timberwolves, a franchise for which he played during the 2021-2022 season.

The also former player of Bahía Basket and Barcelona was part of a group of basketball players who came to the Jazz, after the French pivot Rudy Gobert made his entry into the Timberwolves official.

Brazilian power forward Bruno Caboclo (former San Pablo) was one of the outstanding values ​​of the winning quintet, contributing 11 units, 8 rebounds and a steal in 24m.

On Friday night, meanwhile, point guard from Mar del Plata Luca Vildoza (former Quilmes) contributed with 7 points, 4 rebounds, 2 assists and a steal in 22m. for the Milwaukee Bucks, who beat the Brooklyn Nets 94-80, in another Summer League preparation match, which will last until Sunday the 17th of this year.

Loading...
Newer Post
Derrick James sets the ring on fire: “Canelo is not worthy of being in the Pound for Pound ranking”
Older Post
Unusual: UFC fighter challenged Rafael Nadal to a fight