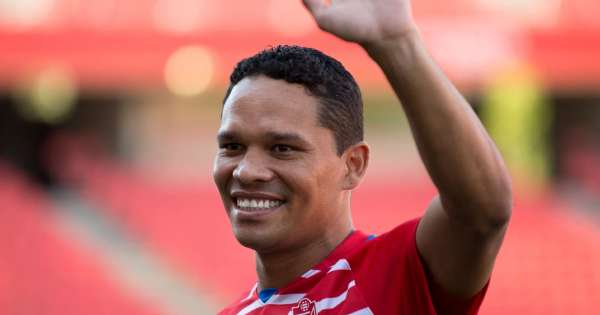 Carlos Bacca reached an agreement with the Junior leadership and will return to the club of his loves for the second part of the year. The 35-year

Carlos Bacca reached an agreement with the Junior leadership and will return to the club of his loves for the second part of the year. The 35-year-old striker was released after the end of his contract with Granada in Spain and a few weeks ago the rumors began with the Colombian team.

This Tuesday the negotiations took course. The scorer met with President Alejandro Char at the institution’s premises and they closed the details to confirm his second cycle at Tiburn.

According to information from Colombia, Bacca will sign a contract for two years until June 2024.

See also: River Plate made it official: the tremendous presentation of Miguel Borja

In this way, Junior will replace the void left in the attack by Miguel Ángel Borja’s departure for River Plate.

The Barranquilla team is also working on the possibility of hiring Giovanni Moreno, who reported this possibility after not receiving the renewal of his contract from Atltico Nacional.

Carlos Bacca back to Junior

The first step for the coffee scorer in Europe was from Junior to Bruges in Belgium where he participated in two seasons with a total of 54 games and 11 goals.

Then he signed for Sevilla, a team in which he was able to show his best performance at club level. He there played another two seasons with 108 games, 49 goals and won two Europa League.

AC Milan hired him in 2015 in exchange for 15,000,000 euros. He arrived as one of the best strikers of the moment, but he couldn’t show it on the pitch. In five seasons he converted 34 points.

In 2017 he returned to Spanish football to play for Villarreal and regain his confidence. He played 141 games, scored 43 goals and came out champion of the Europa League again.

When his relationship with the Yellow Submarine ended, he was hired by Granada and after a season he returned to Colombia.

See also: Due to the arrival of Lewandowski, Barcelona sells him