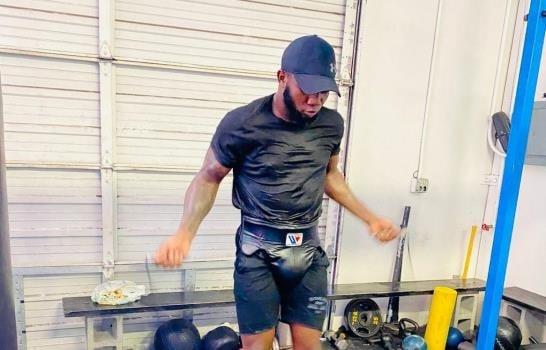 Dominican boxer Carlos “El Caballo Bronco” Adames, declared that he is ready to give him the fourth title world to the Dominican Republic on Octobe

Dominican boxer Carlos “El Caballo Bronco” Adames, declared that he is ready to give him the fourth title world to the Dominican Republic on October 8 when he faces Mexican Juan Macías Montiel.

“El Caballo Bronco” Adames and Montiel will dispute the title world middleweight (160 pounds), which supports the World Boxing Council (CMB) in an evening to be held in the city of Las Vegas, Nevada.

Currently the Dominican Republic has three world champions. Erick Rosa is universal monarch at 105 pounds while Hector Luis Garcia and Alberto Puello, rule at 130 and 140 pounds respectively. The three titles of the Creoles are endorsed by the Association world of Boxing (WBA).

“I want all Dominicans to be aware of my fight, I promise that we will continue to make history, because with God in front of us, our country will have another champion,” declared “El Caballo Bronco”, from his training camp in Las Vegas, Nevada.

In his most recent fight he comes from defeating the sought-after Russian boxer Sergiy Derevyanchenko, whom he defeated by decision.

“Only God will prevent me from winning the title worldsince I have done a first class preparation, I am very motivated to take that crown to all Dominicans”, said Adames.

The Dominican boxer, who is a native of Elías Piña, highlighted that he has prepared for more than two months under the guidance of experienced trainer Bob Santos.

“El Caballo Bronco,” 28, moved up a division and now fights at middleweight after losing a unanimous decision in his 154-pound interim title fight to Brazilian Patrick Texeira in 2019.

After that defeat, Adames has accumulated three wins in a row against prized boxers from different nations.

Spain closes the International Boxam with seven golds
Boxing: Daniel Aquino will open 2022 looking for a victory
the boxer who died in the ring from a heart attack
BOXING 4154

Loading...
Newer Post
Fernanda Lira shows you how to make a fade shot in golf
Older Post
How many players have reached 30,000 points scored in the NBA?