Boxer gets angry and hits referee after losing by KO: VIDEO 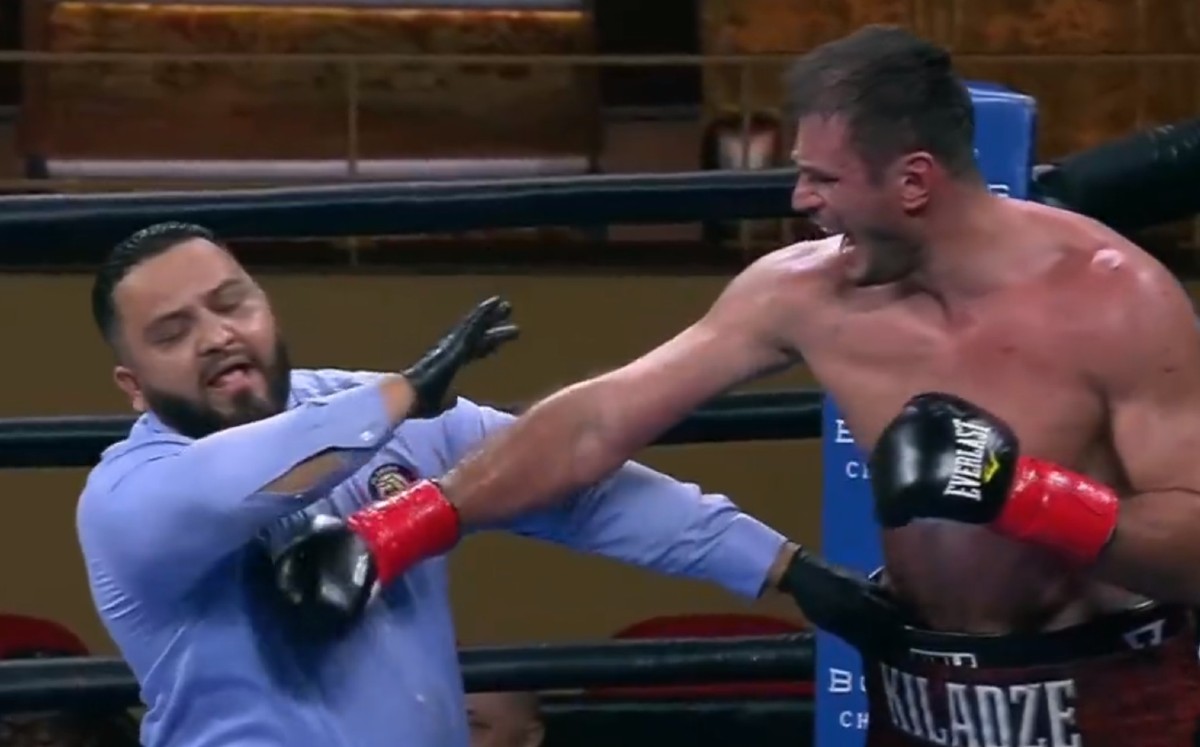 This weekend the Georgian boxer Iago Kiladze starred in an embarrassing moment, in the function starring Luis Ortiz and Charles Martin, after he hit the referee after losing his fight to the Ukrainian Viktor Faust by technical knockout.

At the performance at the Seminole Hard Rock Hotel and Casino in Florida, Kiladze and Faust met in a heavyweight contest. In the second round, the Georgian sent his rival to the mat after a right hand to the jaw. Immediately, the Ukrainian responded and threw his opponent with a blow to the face.

Although Kiladze was able to get up and was in optimal condition to continue the fight, referee Samuel Burgos determined gave the Ukrainian victory by technical knockout.

The referee&#8217;s decision caused annoyance among fans who wanted to see more action in the ring, but the biggest upset went to Iago Kiladze, who dealt a small blow to the referee after stopping the contest.

Although the blow did not harm the referee, many people questioned the Georgian&#8217;s conduct; even the boxer could be penalized for his assault. &#8220;You can not do this. That is going to cost him money, you can&#8217;t do that, you can&#8217;t get violent with the referee, &#8220;commented one of the commentators on the broadcast of the fight.

With this victory, Faust achieves his ninth win in 34 appearances. When he was introduced as the winner, viewers began to boo over the short-lived fight with Kiladze.

Tags: Hobby, Kiladze vs Faust, referee is hit by boxer
TJ Watt equals record for sacks in an NFL season
Zlatan Ibrahimovic and boxing, a sport that could keep him away from football
Stephen Curry, first NBA player to reach 3,000 triples
BOXING 1345