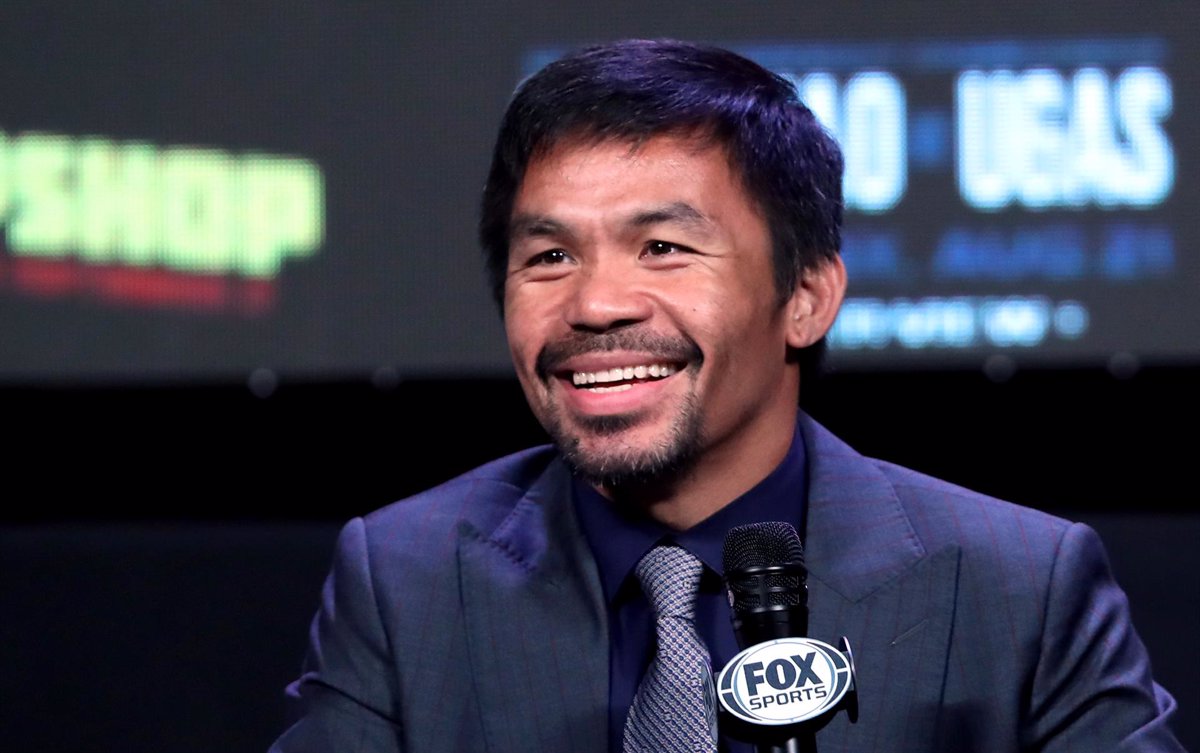 MANILA, Oct 1 (DPA / EP) - The boxer icon Manny Pacquiao has presented this Friday the documents that confirm his candidacy for the Presidenc

The boxer icon Manny Pacquiao has presented this Friday the documents that confirm his candidacy for the Presidency of the Philippines, becoming the first politician to officially declare that he is running for the highest office in next year’s elections.

Pacquiao, 42, who is currently a senator, is running for the left-wing Philippine Democratic Party-People’s Power (PDP-Laba) and has vowed to fight poverty and corruption.

He has also assured that he will improve Internet service and reduce the cost of electricity in the Philippines, as well as that, as well as work to solve the coronavirus pandemic.

“My candidacy is not only for me and my family, but also for the Filipino people (to) give them a better future, especially those who have suffered for a long time,” he said when presenting his candidacy before the Electoral Commission.

Other politicians who have declared their candidacy to replace the current president, Rodrigo Duterte, are the popular mayor of the capital, Manila, Isko Moreno, and the former police chief, Senator Pánfilo Lacson.

Possible candidates for the Presidency also include Vice President Leni Robredo; the mayor of Davao and daughter of Duterte, Sara Duterte; and former Senator Ferdinand ‘Bongbong’ Marcos, the only son and namesake of the late Philippine dictator.

Robredo and Sara Duterte have not yet confirmed their plans for next year’s elections, while Marcos has been appointed presidential candidate by his political party.

Deontay Wilder to knock out Tyson Fury in five rounds, coach warns
Boxing: Amir Khan, after being evicted from a plane: “We are not all terrorists”
Boxing: Fury opens the door to a fight with Mike Tyson after his duel with Wilder
BOXING 965