Boxer “Speedy” Flores was forceful and continues as champion 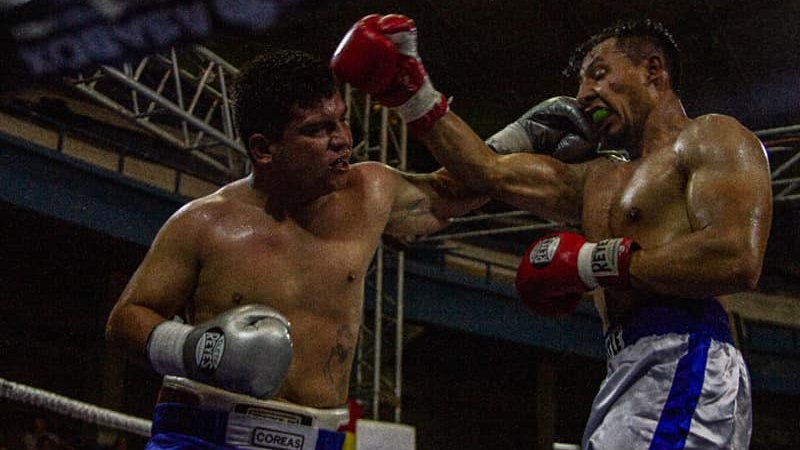 With a billboard of eight fights (three amateurs and five professionals), the boxing evening called “Knockout for Independence” was held on the court of the Palacio de los Deportes, Carlos “The Famous” Hernandez.

in the main event Juan Carlos “Speedy” Flores, from El Salvador outpointed Guatemalan Manuel Chavez for the Central American ASABOX featherweight 126 lbs title, the Salvadoran won by unanimous decision in the last fight of the night.

In another featherweight fight, Alexander “Popeye” Mejia from Nicaragua defeated Luis Recinos, from Guatemala by technical knockout in round 2. It is worth noting that “Popeye” Mejía had just returned from a tour in Europe.

In the light heavyweight fight (175 lbs) he was the winner by split decision points Erick “Pica” Molina (Guatemala) against the national Jairo “Cadejo” Luna.

For his part, in light heavyweight (175 lbs), the Salvadoran Canadian Guillermo “Guerrero” Hernandez he beat another national, Cristian “Cuchillo” Coreas, by technical knockout. “I started my boxing career 10 years ago and my dreams have always been to fight here, to represent my family. My parents are from San Juan Opico. I spent weeks preparing for this evening.”Hernández, one of the figures of the night, had said.

The event was organized by the promoter Volcano Boxing and the Salvadoran Association of Professional Boxing (Asabox) and is part of the reactivation of the discipline after the stoppage due to the COVID-19 pandemic.

Army was superior in the boxing tournament of the Military Games
Union Belt, a special trophy for Fury or Whyte
Four boxing gyms in Celaya are equipped with equipment
BOXING 4252