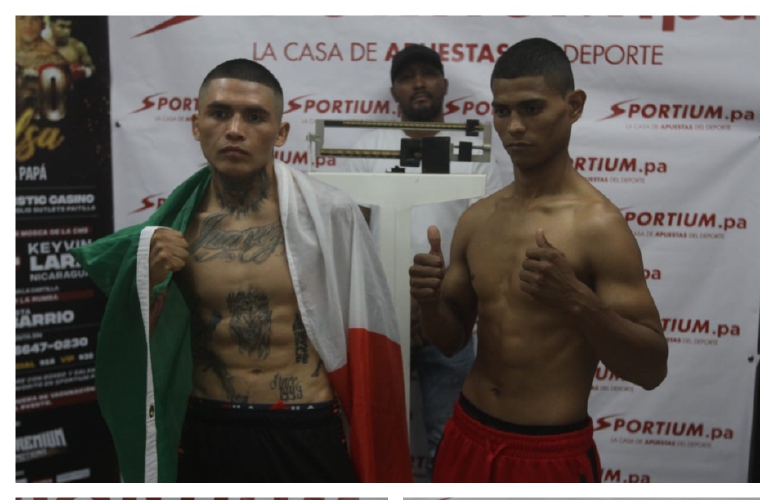 The fighters who will be part of the show ‘Boxing and Salsa in Honor of Dad’ completed the official weigh-in ceremony yesterday and are ready for their respective fights today, Saturday.

The program, organized by the company Laguna Premium Boxing, will take place at the Majestic Casino of the Megapolis Outlets Paitilla, in Panama City and is scheduled to start at 7 pm

The main fight will be between the Mexican Salvador ‘Peloncito’ Juárez and the Nicaraguan Keyvin Lara, who will fight for 8 rounds and 115 pounds.

In the co-main event, Ernesto Marín from Colon will face Jorge ‘El Búfalo’ Sánchez from the capital at 6 rounds and 130 pounds.

Marín had an official weigh-in of exactly 130 pounds, while ‘El Búfalo’ Sánchez scored 129.

In another fight, the Panamanian Edgardo Ávila will face the Colombian Jhoyner Cervera in 6 rounds and 126 pounds.

Both Ávila and Cervera registered 126 pounds at the official weigh-in.