Boxing: A trap-match for Kerman Lejarraga 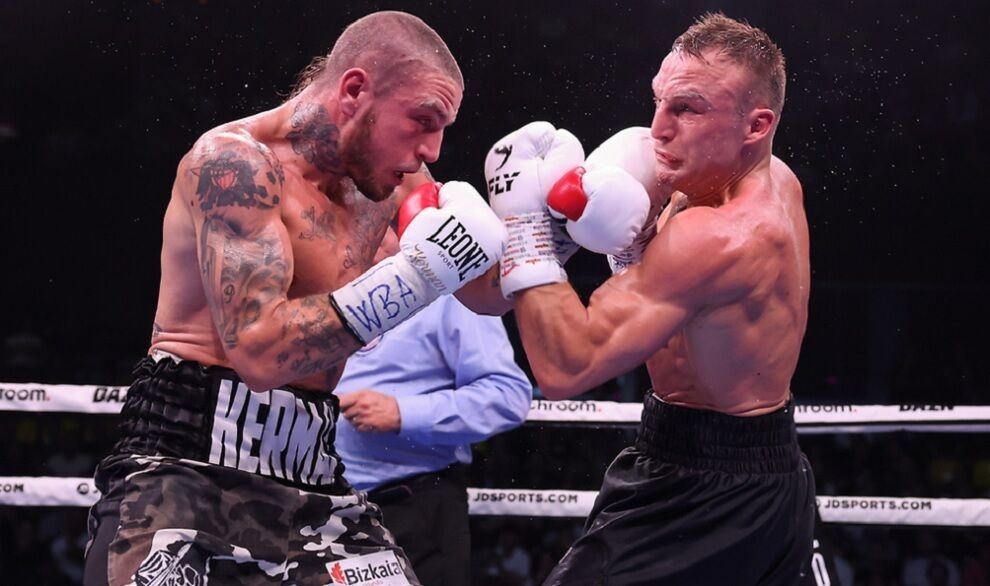 Dince we learned that Kerman Lejarraga's next rival was the Englishman James Metcalf, we thought it was a serious mistake to accept that opponent.

Dince we learned that Kerman Lejarraga’s next rival was the Englishman James Metcalf, we thought it was a serious mistake to accept that opponent. Kerman, after his European titles, was ranked 10th in the WBC world lists and number 4 in the WBA, that is, he needed a fight against boxers better ranked than him to definitely get closer to contesting a world championship.

But Metcalf, rocky, warrior, with characteristics very similar to Kerman, almost a clone, was not the ideal rival, the fight was going to be very hard and there was a serious possibility of defeat. And he wasn’t the right opponent, mainly because he didn’t add anything to that marriage..

A victory over Metcalf only gave you the confirmation of your good form, since Metcalf is not classified in any world organization, by beating him you were not going to go up in the IBF or the WBO, nor in the previous organizations mentioned. It was a lot of risk for little reward.

Another issue would have been to face other Britons like Liam Smithranked high in the agencies, very difficult, but with a big prize for victory, or Troy Williamson, number 8 of the WBO and number 9 of the IBF; For these favorable consequences of a victory, it pays to take the risk.

But against Metcalf it was an ugly fight that you can lose, and with practically no sporting benefit. The one who chose this fight was not thinking about Kerman, rather about Metcalf’s possibilities, and accepting it was either almost forced by the Matchroom promoter, or it was for a purely economic issue or it was a serious mistake. Anyway, it’s just a loss.. We wish the Basque luck in a long-distance future.

Tags: sports Center, boxing
Boxing: The controversial world championship that can still be seen on Fight Sports Max
A boxer became disoriented in the middle of a fight, began to throw punches into the air and had to be hospitalized
Boxing: The scandalous offer for Canelo to face Bivol and Golovkin
BOXING 3124