Boxing: Aitor Nieto against Jon Mguez, a great fight this Friday in Oviedo 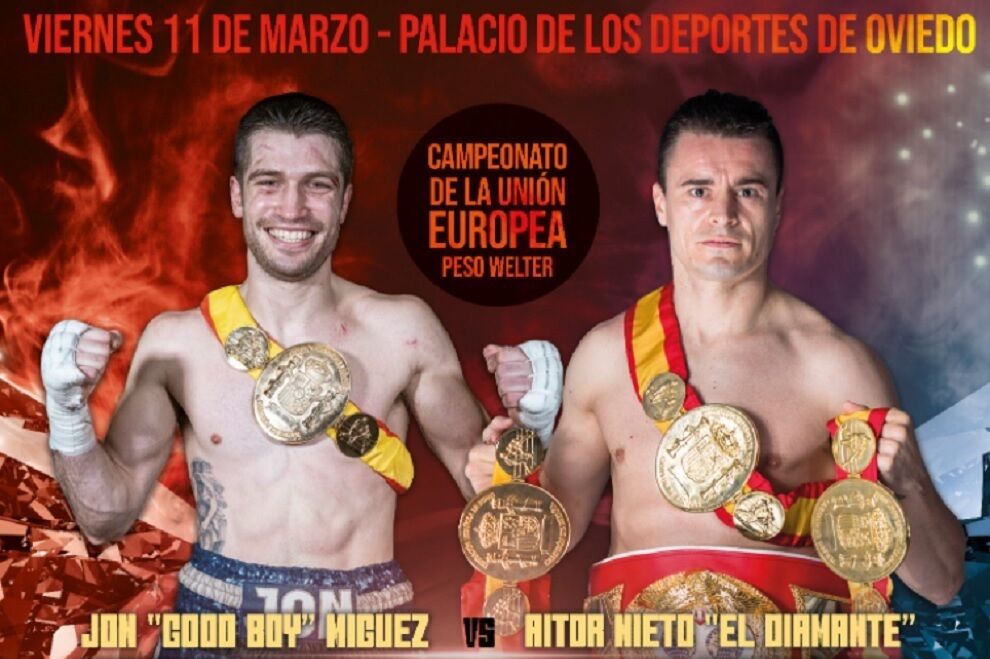 ANDThis Friday, March 11, at the Palacio de Deportes in Oviedo, one of the great battles between Spaniards in recent months is being played, the co

ANDThis Friday, March 11, at the Palacio de Deportes in Oviedo, one of the great battles between Spaniards in recent months is being played, the confrontation for the vacant European Union welterweight title between the Asturian boxer Aitor Nieto (25-7-1, 10 KO) and the boxer Castro Urdiales Jon Mguez (15-0, 7 KOs).

The Cantabrian boxer of Basque origin abandoned the Spanish title a few weeks ago to focus on this Intermediate title at continental levelwhich can bring the winner closer to the dispute over the European Championship.

Veteran Aitor Nieto needs victory to be able to compete for the first time in his long career for the European title. grandsonaged 38, has been six times champion of Spain of the category, but has never had an opportunity for the maximum continental title, while Mguezof 25, twice champion of SpainHe dreams of that possibility in the medium term.

But for this they have to win the fight, only the winner will occupy the fifth position of the European lists and be in a position that the champion, the Russian david avanesyanchoose them for a voluntary defense or they are reaching the privileged position of official applicant.

The veteran and power of Nieto against the strength and resistance of Mgueza very attractive fight for fans.

Tags: sports Center, boxing
Miguel Cotto expands his development company to the Dominican Republic | Boxing
Russian Umar Kremlev is re-elected as president of the International Boxing Association
Boxing: The brutal attack on a boxer: “Instead of fighting they threw me acid”
BOXING 3638