Boxing: Alfredo Evangelista: “The one who invented boxing was Ali” 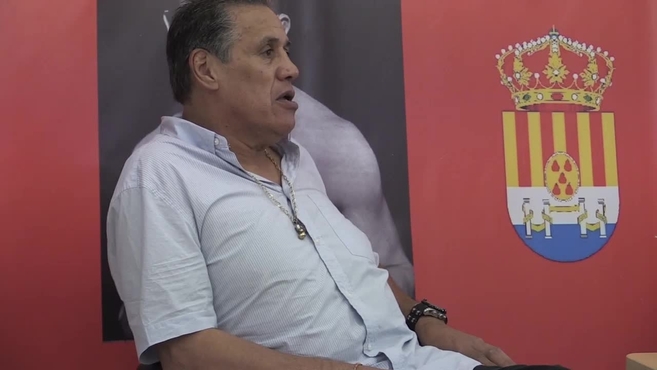 ANDHe last Saturday in the Assembly Hall of the City Hall of Sigs (Zaragoza)the third installment of the ESPABOX-IGNACIO ARA Trophy was held, which

ANDHe last Saturday in the Assembly Hall of the City Hall of Sigs (Zaragoza)the third installment of the ESPABOX-IGNACIO ARA Trophy was held, which rewards the best Spanish boxers of each year.

Ignacio Ara was a boxer born in 1909 in Sigs (Zaragoza), twelve times champion of Spain in the middleweight and three times in the light heavyweight between 1942 and 1947, champion of Europe in the middleweight in 1932, twice disputed the world middleweight title, fought more than 200 professional fights, the most in Spanish boxing history, and never lost by KO fighting against the best world fighters of his weight in different countries of the world. His technical quality, his intelligence, his speed of movement, his punch, his complete boxing, earned him the nickname of “The Professor of the twelve strings”.

This year the statuette was awarded, among others, to five times champion of Europe Alfredo Evangelista, who fought four heavyweight world champions, including Muhammad Ali himself. He was the best of 1985.

Evangelista, born in Uruguay and naturalized Spanish, with a prodigious memory, recalled his first great victory against the national idol José Manuel Ibar “Urtain”. “If I beat Urtain, I stayed as the head of Spain“.

Then came the great fight of his life. “The fight with Ali opened the doors of the world to me. The one who invented boxing was Ali“.

He had such a good poster that he was quickly given another world chance against Larry Holmes. “With Holmes I was sick and I threw myself“.

After the fight against Ali, the Americans wanted him to stay there and live. “I prefer to stay here, how you live in Spain, you don’t live anywhere“.

He is happy with his life. “I think people love me a lot“.

The prizes were presented by the mayor of the town of Sigs, D. Eduardo Abada.

This is the video-tribute to Alfredo Evangelista

Tags: sports Center, boxing
Boxing: Daniel Aquino will open 2022 looking for a victory
Championship of Spain of welterweights. Boxing evening in Santander
Boxing party with exhibitions and bumpers on the boat
BOXING 4157