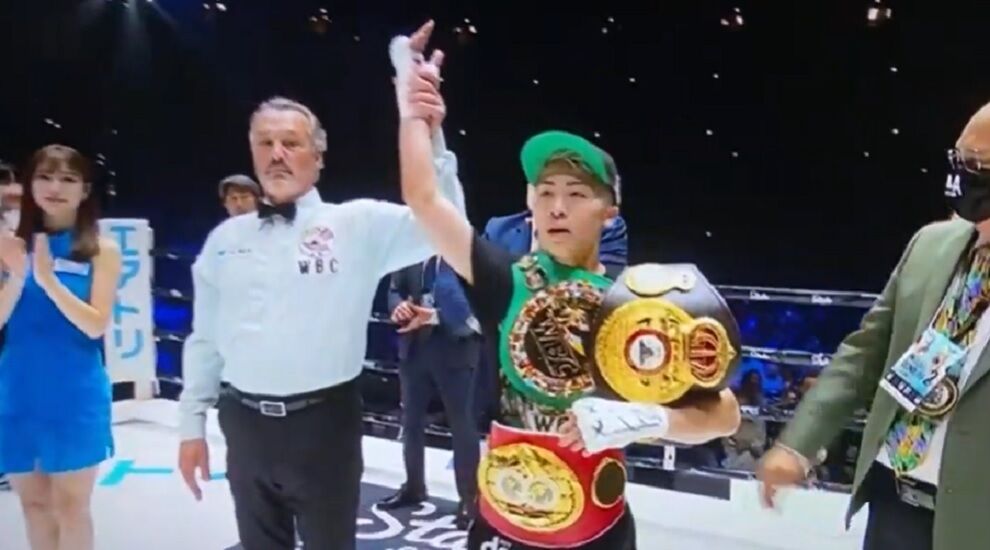 ANDHe who may be the current number one of all weights, the Japanese Naoya Inoue (23-0, 19 KO), unified three of the four bantamweight crowns (WBC-

ANDHe who may be the current number one of all weights, the Japanese Naoya Inoue (23-0, 19 KO), unified three of the four bantamweight crowns (WBC-WBA-IBF), crushing the Filipino Nonito Donaire (42-7, 28 KOs).

Donaire, former world champion in several divisions, who came out very focused at the start of the match Saitama Super Arena (Japan)lost his WBC title in the second round.

The Filipino took the initiative and took the center of the ring, while Inoue was looking for the holes to put his poisonous hands. And at the end of the first round, a straight right sent Donaire to the mat, who was literally saved by the bell.

In the second assault the earthquake begana wave of accurate and very powerful blows were filling the Filipino with leather, who could hardly react.

And after staggering and prolonging the agony with courage, a hard short left came that sent the former WBC champion to the mat, who saw how the referee stopped the fight properly. Donaire came out of the rubble a minute and a half into the second round hardly understanding what had happened.

Inoue is still a great boxer with an unusual punch at her weight. With all due merit, he may well be considered at this time the best boxer in the world.

Tags: sports Center, boxing
The boxer from Godella who fell into a coma after suffering a KO in a fight dies
Boxing as a reinsertion tool; they present a book in the prison
Miguel Cotto Promotions predicts a good year for several of his boxers: “2022 is going to be the year of Oscar Collazo and Danielito Zorrilla”
BOXING 3105

Loading...
Newer Post
How did an energy drink company manage to have a successful team in F1?
Older Post
Boca-Ferro for the Argentine Cup: the madness of the fans to get a ticket