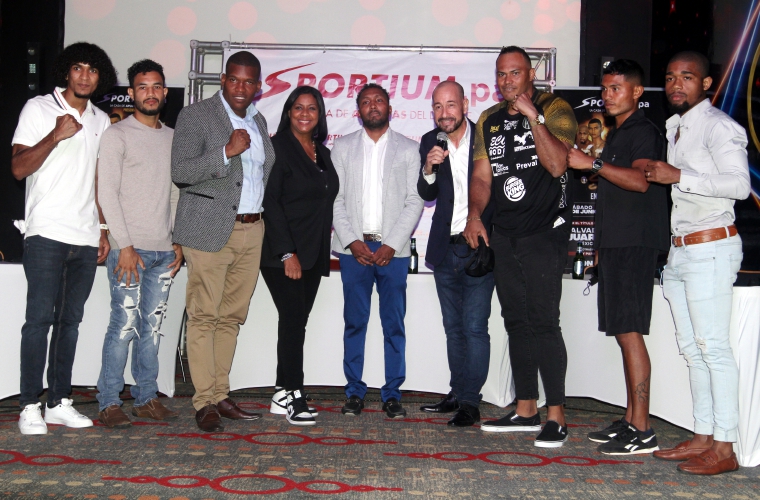 As a tribute to the fathers, the company Laguna Premium Boxing will perform on Saturday, June 18, at the Majestic Casino in Megapolis Oulets Paiti

As a tribute to the fathers, the company Laguna Premium Boxing will perform on Saturday, June 18, at the Majestic Casino in Megapolis Oulets Paitilla, a boxing booklet, which will be complemented with the presentation of the ‘Son del Barrio’ orchestra.

Yesterday, the promoter of the event, released all the details of the booklet, for which the current world ranked and former Panamanian world champion Anselmo ‘Chemito’ Moreno is making his debut as coordinator.

The main fight of the show will be between the WBC Latino super flyweight champion, the Mexican Salvador Juárez, who will defend his title in 10 rounds against the Nicaraguan Keyvin Lara.

Juárez and Lara are widely known by boxing fans in Panama, as they have fought several times on Isthmian soil and faced cartel rivals.

For his part, Lara has faced boxers of the caliber of world-ranked Keiver Fernández and Norbelto Jiménez in Panama.

In the co-main event, the prospect from Colon Ernesto Marín will face the experienced fighter from the capital Jorge ‘El Búfalo’ Sánchez.

The fight is scheduled for six rounds and 130 pounds.

Another fight that draws attention is that between heavyweights Pascual Hodgson and Víctor Delgado over 6 rounds.

It will be a revenge fight, with Hodgson winning the first duel by majority decision.

‘Chemito’ Moreno reported that the medical exam and prior weigh-in will be on Monday, June 13 at 4:00 pm at the Professional Boxing Commission of Panama.

Muro recovers night boxing evenings
Mar del Plata boxer Bastida is positive for covid and will not be able to fight with Adriel
Muhammad Ali vs Mike Tyson: He could have knocked me out, but only if he could catch me
BOXING 3127