Boxing and the professional K1 return to Vitoria-Gasteiz this Friday 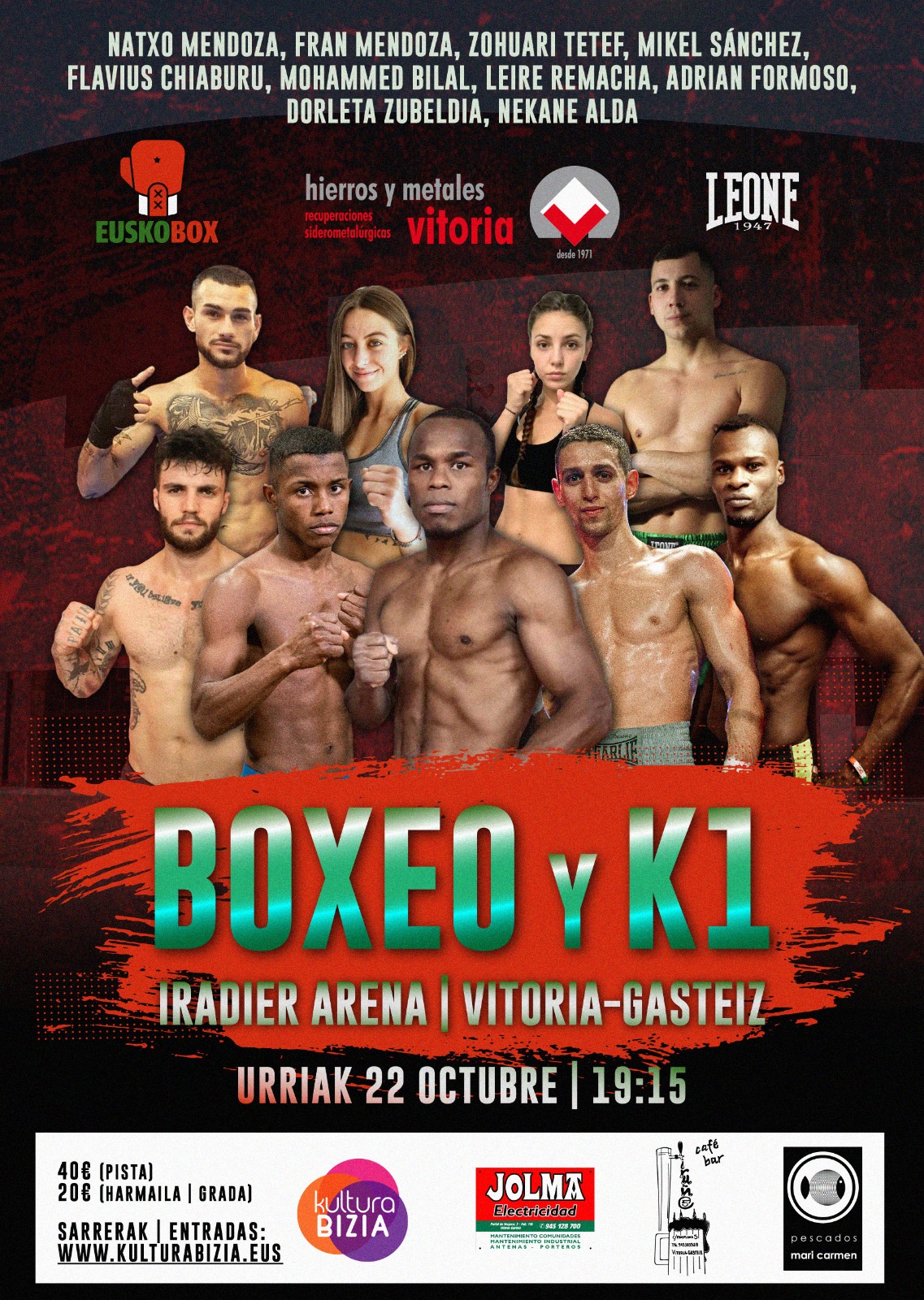 After more than a year and a half without boxing or professional K1, the fighting will r

After more than a year and a half without boxing or professional K1, the fighting will return this Friday to Vitoria-Gasteiz. The Iradier Arena will host an evening with 10 fights from 19:15. Half of them will be professionals, with the vast majority starring gasteiztarrak.

Tickets for this boxing and K1 evening in Vitoria-Gasteiz are available from 20 euros at this link. The gates will open at 6:30 p.m., 45 minutes before the fighting begins. The weigh-in, meanwhile, will be at the Puerta Grande restaurant Thursday, October 21 at 7:30 p.m..

Most of the fights will have prominence in Alava, also in the three main courses of the night. For starters, the Salinas de Añana resident featherweight, Abdellatiff Zouhari ‘Tetef’, will face the dangerous Venezuelan Dionis Martínez. ‘Tetef’ comes from making his debut in paid boxing a year ago in Barcelona after a brilliant amateur career, and he counts his two bouts rented by victories. It will be a four-round fight at the limit of 58 kilos.

For his part, the undefeated in 11 bouts Fran mendoza He will fight six rounds at 54 kilos with Hungarian Joszef Ajtai. This will be the fourth fight in Vitoria-Gasteiz of the young Colombian resident in the capital of Alava. The evening will close the clash in the welterweight of the eldest Mendoza, Natxo, six rounds ahead of the experienced Hermin Isava.

Haro’s fighter will debut in professional K1 Mikel Sanchez against the Galician Adrián Formoso in the 69 kilos. On the other hand, Flavius ​​Chiaburu from Gasteiz returns to the Iradier Arena. His rival is not yet confirmed as the planned opponent, the Biscayan Mohammed Bilal, was injured last Saturday.

In amateur boxing, young women Dorleta Zubeldia (57 kilos) and Ane Barrantes (63 kilos) will fight against the Biscayan Uzuri Arebalo and Hodei Allende. Also in amateur boxing, the current Basque champion from Gasteiz, Ivan vigo, the Riojan Fernando Ajona will be measured. Finally, Kato Mendoza will have a difficult opponent from Madrid at 54 kilos, Erik Gómez Moratalla.

Finally, in amateur K1, for its part, the forces of two Alava will be measured: Leire Rivet and the already proven Nekane alda They will compete for victory in the limit of 52 kilos.