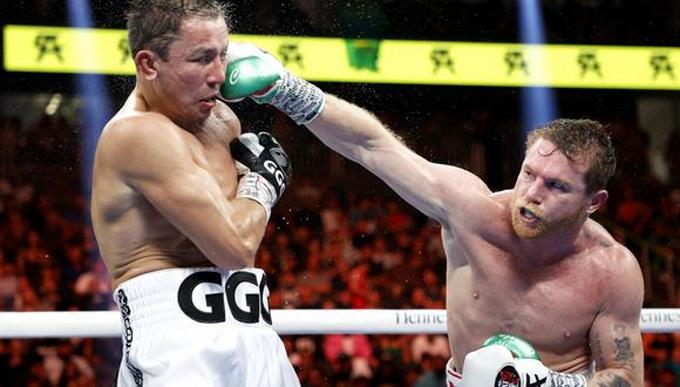 The wait is over, the chapter between the undisputed champion of super middleweight Saul "Canelo" Alvarez and the unified 160-poun

The wait is over, the chapter between the undisputed champion of super middleweight Saul “Canelo” Alvarez and the unified 160-pound monarch Gennady Golovkin came to an end, a rivalry that began in 2017 and that was always full of doubts due to the results that did not end up convincing the fans.

The majestic venue in Las Vegas, Nevada received a “Canelo” Alvarez thirsty for revenge, because after having added his second defeat against the champion of the World Boxing Association of 175 pounds Dmitry Bivolthe man from Guadalajara had the sole objective of ending Gennady Golovkin and extend his record of 57 wins, 2 losses, a draw and 39 knockouts.

Secondly, Gennady Golovkin He appeared in the American ring with the illusion of being able to end the career of his greatest rival, that fighter who took away his prominence 5 years ago and led him to be his shadow in the sport. However, the Kazakh has always shown that, despite being 40 years old, he is still one of the most dangerous fighters in the world and not for nothing did he come with a record of 42 wins, one loss, one draw and 37 knockouts.

Both fighters immediately left the studio and it was Saul “Canelo” Alvarez who had the initiative to go to the front before a Gennady Golovkin quite solid in the center of the ring, however, the first points went to the corner of the Mexican.

In the second episode, “Canelo” Alvarez He continued to set the pace and began to release his arms much more, since the Kazakh was somewhat fearful in these minutes and only dedicated himself to moving around the ring, but even so, he could not escape from the forceful right of the undisputed.

In the third round, “Canelo” Alvarez He maintained the same strategy of going to the front over the Kazakh and managing to take him to the ropes where he had much more advantage than Gennady Golovkin.

Within the fourth round, the man from Jalisco began to see himself much faster than “Triple G”, managing to find the key that hurt his greatest rival with the left hand flips, thus taking the points to his corner and shaping up to be the winner.

The fifth episode has arrived and “Canelo” Alvarez managed to connect several power blows to Gennady Golovkinsomething that shook the unified middleweight and put his fans on the edge of their seats.

sixth round and Gennady Golovkin began to wake up in the fight, because the Kazakh was quite lost in the previous episodes, however, despite the fact that he managed to connect several blows to “Canelo” Alvarezcould not overcome the Jalisco.

In the seventh and eighth episode, things remained the same, because “Canelo” Alvarez did not slow down and continued to press Gennady Golovkinwho had flashes where he punished the Mexican with his powerful right hand and took the most points in the last one.

ninth episode and Gennady Golovkin showed to “Canelo” Alvarez his quality on the ring, he managed to stagger the Guadalajara on a couple of occasions and took the points to his corner.

Tenth round and things got hot again, as both boxers found everything and again Gennady Golovkin He took the round to his corner thanks to his solid left hand that punished the Mexican’s face.

Eleventh chapter where things went off for a moment because both fighters already looked quite tired, however, Gennady Golovkin managed to beat again “Canelo” Alvarez with colossal blows to the face.

last episode and Gennady Golovkin He had one last breath where he managed to box the Mexican and managed to punish him on several occasions, however, “Canelo” Alvarez He also landed several big shots that ultimately gave him victory on the scorecards, thus keeping his 4 super middleweight belts.