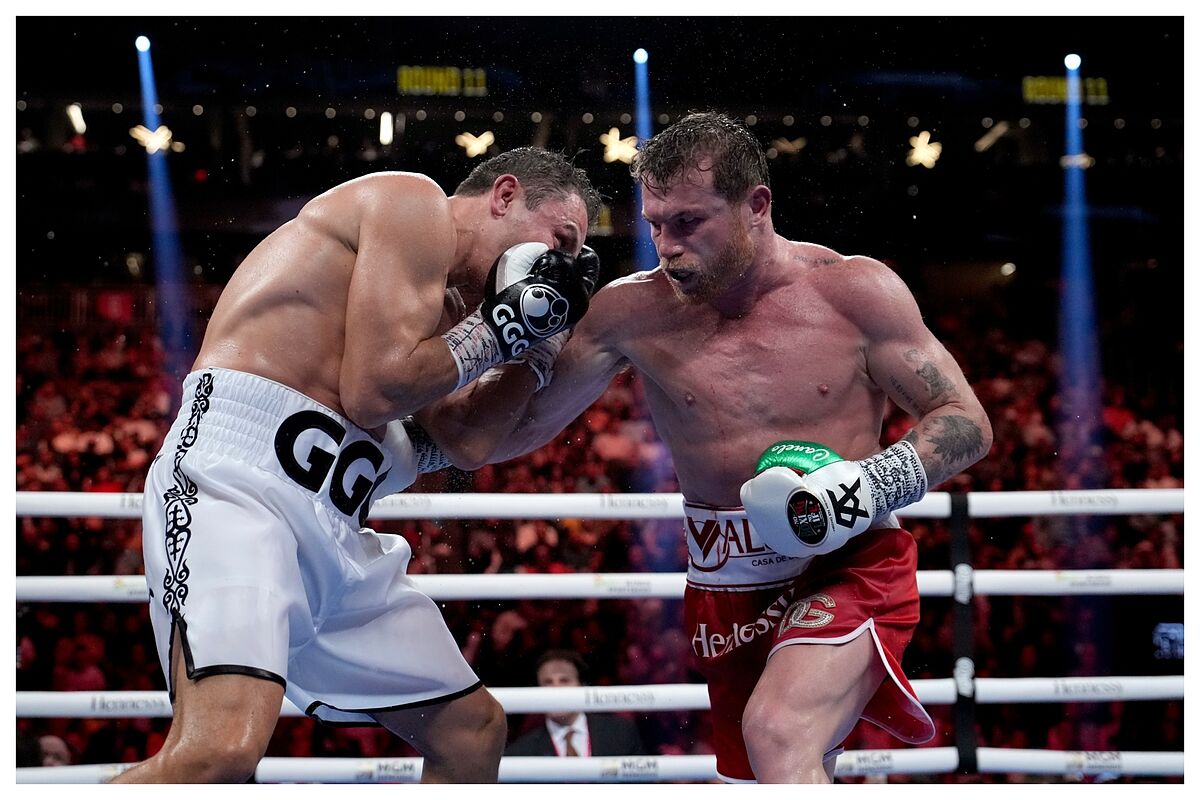 HEven Golovkin himself ventured that Canelo would return more motivated after his loss to Dmitry Bivol, and so it has been, although it has to be s

HEven Golovkin himself ventured that Canelo would return more motivated after his loss to Dmitry Bivol, and so it has been, although it has to be said that the Kazakh starred in a great finale to make it difficult for him. four months later, Sal Canelo Álvarez (58-2-2, 38 KOs) has returned to the victorious path defeating aa Gennady Golovkin (42-2-1, 37 KOs) by unanimous decision: 116-112, 115-113 and 115-113.

The Mexican clearly dominated until the halfway point of the fight. GGG booked too much, perhaps to come into force in the second leg of the fight. This strategy partly worked for the applicant, who nevertheless woke up a little late. From the eighth to the end the Kazakh took out the dynamite and that is when he began to add rounds.

Canelo based his victory on a rhythm higher than the ‘Triple G’ start and that it lacked some explosiveness. I pulled on his usual arguments, with good attacks on his rival’s body -less than usual- and quick combinations. By the time Golovkin began to tire his opponent out with heavy attacks and pressure, the fight was almost over.. The champion made his fight, while Gennady fell short. Those, no hint of KO. Between these two boxers, between whom there was respect, it seemed like a chimera and so it was, no matter how much Álvarez motivated himself in this way. Canelo’s return to light heavyweight doesn’t seem so clear after seeing how his pace dropped again towards the end, although he still wants a rematch with Bivol.

With this victory, Canelo closes a trilogy that opened with a draw back in 2017 and that in 2018 brought the victory of the Aztec by majority decision. lvarez maintains in this way the four super middleweight titles (WBA, WBC, WBO and IBF) in the first of his defenses of the undisputed and closes a brilliant page in his history that elevates his legacy. The one from Guadalajara is back in the race to regain his throne as the best pound for pounda status that escaped him after his previous fight.

For ‘Triple G’ the defeat could involve his 40 years the way of retreat, something he himself ruled out on the fly after finishing. It should be remembered that he is still the unified middleweight champion and may not be ready to step aside after losing. He didn’t look bad in any case in the super middleweight against the king of this division, but age weighs. Golovkin, who was amateur world champion and Olympic silver medalist in Athens 2004, is and will be a boxing institution and a future member of the Hall of Fame. The Asian boxer dominated, literally with an iron fist, the middleweight last decade until Canelo’s irruption in that category.