Boxing: Canelo vs. Golovkin and other great trilogies in boxing history 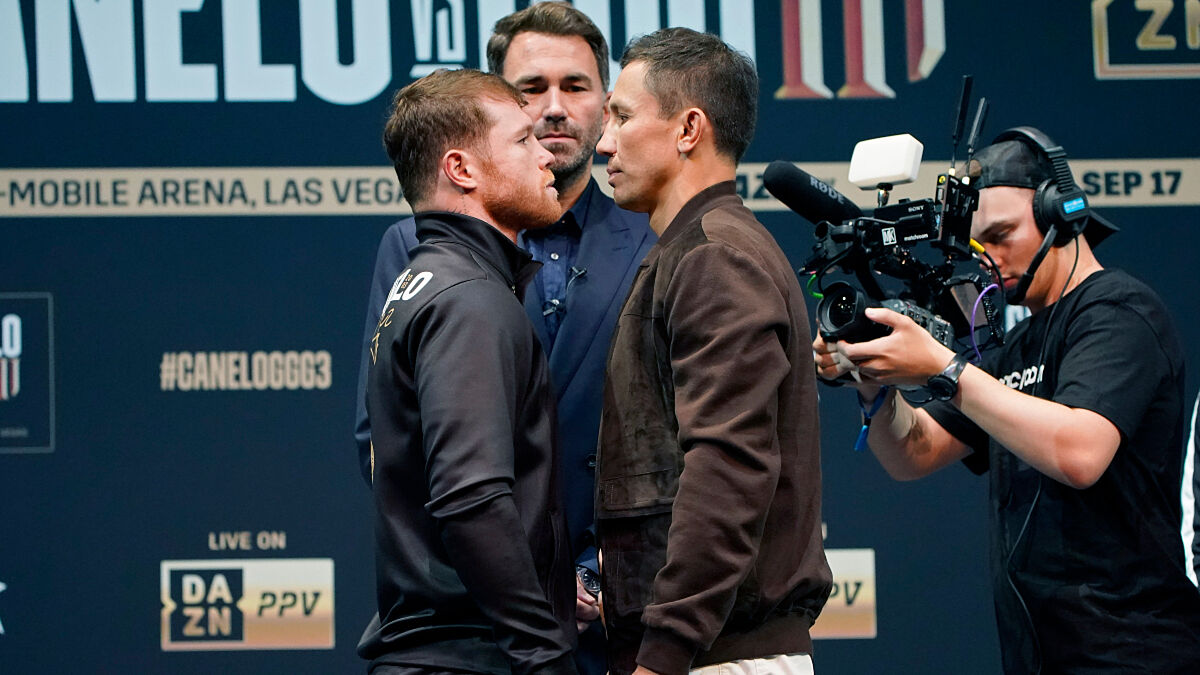 Lto rivalry of Sal 'Canelo' Álvarez and Gennady Golovkin reach one of the highest standards of excellence in boxing this weekend, when they complet

Boxing: Canelo vs. Golovkin and other great trilogies in boxing history

Lto rivalry of Sal ‘Canelo’ Álvarez and Gennady Golovkin reach one of the highest standards of excellence in boxing this weekend, when they complete a trilogy.

The first two matches of this trilogy have the characteristics of historical lawsuits. Álvarez and Golovkin waged a tough fight, which ended with a controversial tie in 2017while lvarez won the second in 2018.

Next, without prioritizing them, some of the biggest duels that required three or more fights to settle and that monopolized the attention in the last half century in boxing.

The paradigm of the trilogies, both for the fighters involved and for the way they fought. Frazier won the first duel among the undefeated heavyweight champions in 1971, one of the most anticipated events in the history of the sport. Ali took second by split decision in 1974 and won the sensational third fight -known in English as Thrilla in Manila- when Frazier’s trainer Eddie Futch stopped the brutal fight after the 14th round.

These two big clearly they got the best of their rival. Durn won the initial fight in 1980, but leonard he became a tougher, harder-hitting boxer. He showed it in the rematch, which forced the Panamanian to give up in the eighth round of the famous “No más” fight. Nine years later they met again and Leonard ratified his superiority by decision, in a rather anticlimactic combat.

two great mexicans who gave everything in three fights over almost five years. The Terrible Morales won the first confrontation fierce in February 2000 by split decision. Barrera took a second more tactical fight by unanimous decision, which infuriated Morales. In November 2004 they met again, to an extremely tight win for Barreraby decision, after another punchfest.

The Filipino and Mexican champion they met four times in eight years. They tied in 2004 and Pacquiao overcame a split decision in their second meeting in 2008. Pacquiao won again by majority decision in the third. Mrquez ended the rivalry in December 2012 with a spectacular ko in the sixth round that knocked Pacquiao unconscious.

Two talented fighters in an era of great heavyweights they met three times in the same number of years. In the first confrontation, held in 1992 Bowe looked better than ever in his decision win. Holyfield won a close duel in the rematch, also remembered for a parachutist who crashed in the ring. The third confrontation was brutal: both fighters sent the rival to the canvas before Bowe became the first man to knock out Holyfield.

Other tetralogy of Mexicans, in the super bantamweight division, remembered for its violence. Mrquez broke Vzquez’s nose in the first round of the initial contest. Vzquez eventually capitulated on his bench, but I won the revenge, with a knockout after fierce exchanges of punches. The third duel occurred less than a year after the first and Vzquez won by split decision. They met again for the fourth time and Márquez finished with Vzquez in a duel between two exhausted and battered opponents.

The most recent trilogy had moments of emotion between two heavyweights with contrasting strength and style. It seemed that Fury was going to win with tactics the first confrontation in 2018 before Wilder sent him to the mat in the 12th round. Fury survived and tied. Fury dominated the rematch and dropped Wilder twice before he stopped the fight in the seventh round.. Both added points in the third meeting in October 2021, but Fury finished with Wilder in the 11th round.

Tags: Claro-mx/other-sports/boxing
Boxing: Andy Ruiz affirms that he has a good relationship with Canelo and Eddy Reynoso: “I just wanted my own gym”
Boxing: Were Canelo’s first two fights with GGG fair?
Boxing: Benavidez sends a message to Canelo: “If he doesn’t want to fight me, he should give up the belt”
BOXING 4151