Boxing: Canelo vs. Golovkin and the five great boxing trilogies 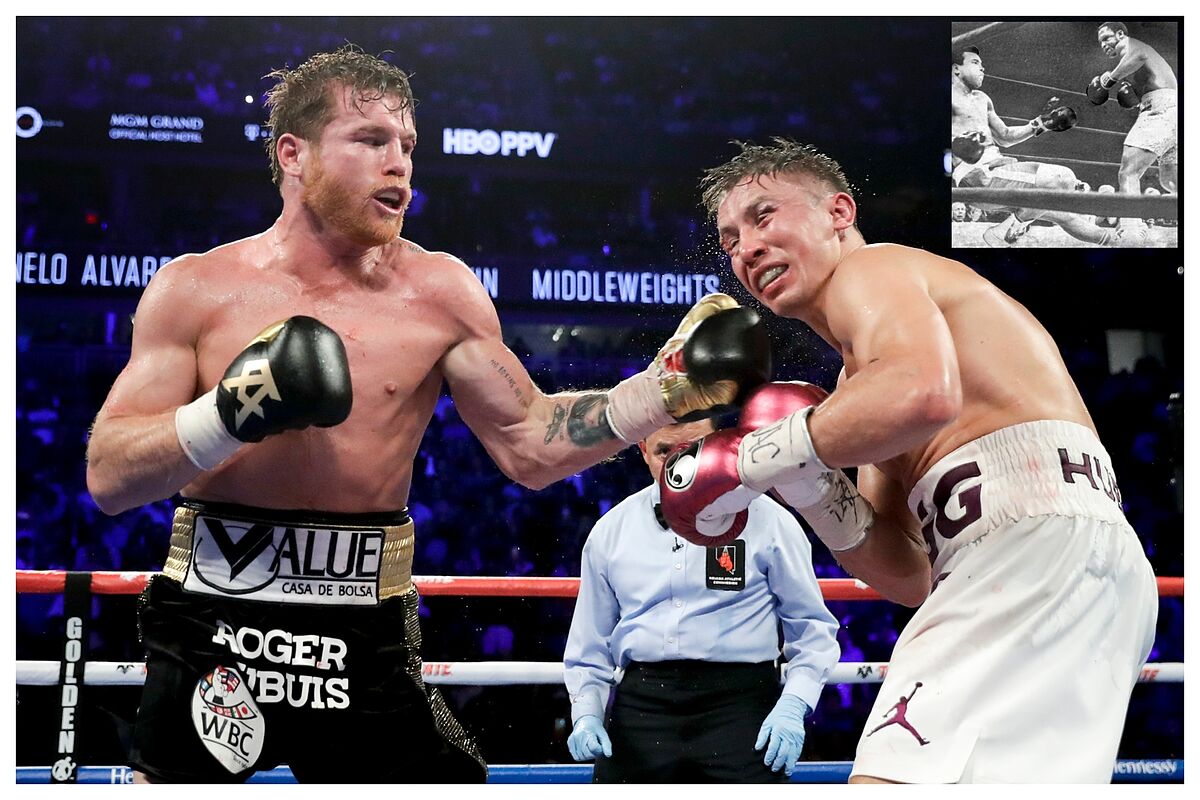 Canelo lvarez and Gennady Golovkin will resolve their differences in the early hours of Saturday to Sunday (DAZN, evening from 02:00) in a fight th

Boxing: Canelo vs. Golovkin and the five great boxing trilogies

Canelo lvarez and Gennady Golovkin will resolve their differences in the early hours of Saturday to Sunday (DAZN, evening from 02:00) in a fight that will close a trilogy that, in the end, will have been epic. The open debate after the first two fights between the two middleweight dominators in the past decade is probably coming to an end, and it does so after the occasional controversial chapter.

In the first confrontation between the Mexican and the Kazakh, which ended in a tie, there was equality in one of the cards, and a huge disparity between the one that gave ‘Triple G’ victory and the one that was favorable to Canelo (118-110 ). The second duel between the two stars came after Álvarez tested positive for clenbuterol, and once again the contest was tight.

Regardless of which way the balance tipped, their clashes were of the highest level and brought together millions of viewers in front of the television. Canelo came out stronger and his career took off to the point of getting the best -television- contract that any athlete has ever obtained. To broaden his legacy, the one from Guadalajara tried to become undisputed in the super middleweight, titles that will now be at stake and give enormous value to this rematch. But, throughout history, there have been other trilogies that have marked the history of boxing and we highlight a few.

First fight between Ali and Frazier and the first time that ‘The Greatest’ was knocked down / Photo: imago sportfotodienst

Ali and Frazier will forever be two inseparable names in boxing history. The blame for this great rivalry, which went beyond sports, was ‘The Greastest’, who repeatedly humiliated ‘Smokin’ publicly and generated a hatred that made the Philadelphia boxer almost indestructible in those three fights. Frazier had lent Ali money and interceded on his behalf with Nixon to get his license back after his refusal to enlist in the army to go to Vietnam. Upon his return, the so-called ‘Combat of the Century’ took place, between the stripped champion and a Frazier who held the title at that time. ‘The greatest’ lost the match and his undefeated. In the second contest Ali returned the unanimous decision. The third was the ‘Thrilla in Manila’ that took the boxer from Louisville by technical KO in the 15th round because Frazier arrived without fuel at the end.

Two Mexican boxers shook up boxing in an outstanding way at the beginning of the 21st century. Marco Antonio Barrera, the ‘Baby-faced Assassin’ and Erik ‘El Terrible’ Morales, two warriors, became true rivals and both they and their entourage ended up as enemies due to repeated disqualifications. During their fights, the defenses were partly pushed aside for pure attacking show. Morales’ initial triumph, with a split decision, made Barrera refuse to accept defeat. ‘Baby-Faced Assassin’ took revenge two years later after a weigh-in that gave away an extra ‘combat’. In his last duel, Barrera came shortly after being knocked out by Pacquiao, but the fight was perhaps the closest of the three (majority decision for Barrera). Nowadays they even get along.

Again pride, blood and sweat on the ring. Mickey Ward and Arturo Gatti offered a trilogy of successive fights, although without titles at stake. The first bout was considered the fight of the year by The Ring and Ward earned a majority decision victory thanks to a ninth-round knockdown of Gatti. The immediate rematch was also in 2002. On that occasion ‘Thunder’ dropped ‘Irish’ in the third and took the fight by unanimous decision. Same result to throw the curtain between these two icons and again fight of the year -2003- for The Ring, although this time Gatti survived a count stopped by the ringing of the bell that marked the end of the sixth round.

Before Mike Tyson, Cus D’Amato trained who actually became his only world champion, because he did not live to see ‘Iron Mike’ crowned. His name, Floyd Patterson, a heavyweight who was not very tall -standard of the time- and whom D’Amato equipped with very good weapons, although not very corpulent. Before being beaten by Sonny Liston, ‘The Boxing Knight’ faced Swedish Ingemar Johansson in a trilogy that was very popular at the time. First, he defeated the ‘Hammer of Thor’ (KO in the third round), which snatched the world title from Patterson. The American, however, was not intimidated and in the rematch he knocked out his opponent in the fifth round. The tiebreaker was again for Floyd Patterson, by KO in the sixth.

Holyfield vs Bowe II: the scene of the parachutist falling on the ring that the Simpsons recreated

The duels between Evander Holyfield and Riddick Bowe acquired a special relevance once Mike Tyson entered prison and ‘The Real Deal’ could not make the combat dreamed by everyone. The ‘Iron Mike’ titles had previously passed to ‘Buster’ Douglas and Holyfield took them away from him. In the first duel against Bowe, ‘Warrior’ clearly lost on points, and the second – Holyfield won by split decision – will always be remembered for the incident of the parachutist who emerged from the sky of the pavilion and fell to the side of the ring (even the wife). Bowe, in the audience, fainted). The third and last fight ended in a favorable KO to ‘Big Daddy’, from whom some dramatic episode could always be expected either outside or inside the ring.

Loading...
Newer Post
The 2023 MotoGP grid, almost defined (in the absence of a place)
Older Post
UFC | Daniel Marcos, from Peru, wins a contract with the UFC: this was the presentation of Soncora at Dana White’s event | RMMD | SPORT-TOTAL