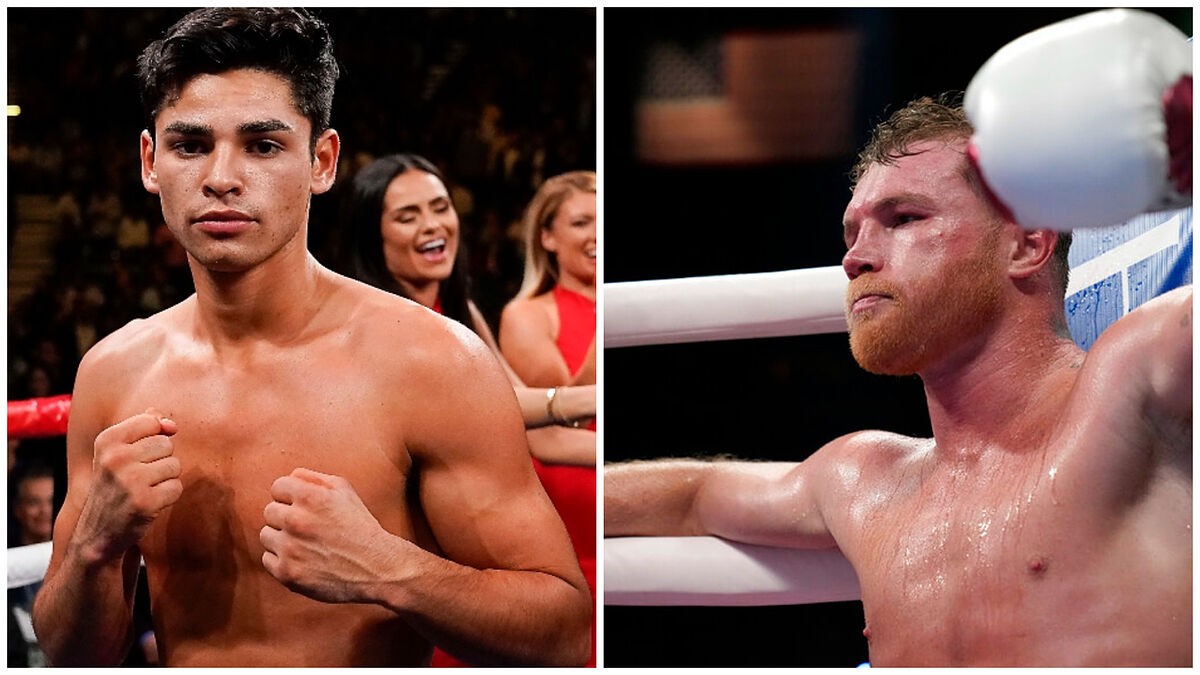 Canelo Alvarez and Gennady Golovkin began promotion this week for their third fight, to be played in Las Vegas in September, and predictions have a

Canelo Alvarez and Gennady Golovkin began promotion this week for their third fight, to be played in Las Vegas in September, and predictions have already begun.

One of them was from a former member of the Canelo Team, Ryan Garcia, who stated that he sees GGG winning this matchsomething that Sal lvarez himself considers to have been a visceral comment on having left the team.

“He’s just mad about something, maybe because he’s not on the team anymore and will always be against us, no matter what happens“, declared Canelo to DAZN.

Garcia left the Canelo Team in February 2022, accusing lack of attention on the part of Eddy Reynoso. Even so, Canelo gave him a series of advice.

“He’s a young guy, you have to understand that. He has a lot to learn. My advice to him is to just do his job, focus on his career, win a world championship first and then you talk about others. You have not achieved anything and you talk about other fighters who have won a lot. When I was 20 years old, I was already world champion. You can say things, talk, but at the end of the day you haven’t done anything.”

Tags: Claro-mx/other-sports/boxing
Fury vs. Whyte: Tyson Fury announces his retirement, but will he return to face Francis Ngannou?
Boxing: Eddie Hearn on the Canelo vs. Golovkin fight: “This is the time to do this trilogy”
Boxing: Oscar de la Hoya offers Jake Paul to arrange fight with Nate Diaz
BOXING 3589

Loading...
Newer Post
NBA Rumors: The Mavs go after Gary Payton and Goran Dragic after writing off Jalen Brunson
Older Post
“Playoff”: the regulatory change in Italian football in the event of a tie for first place