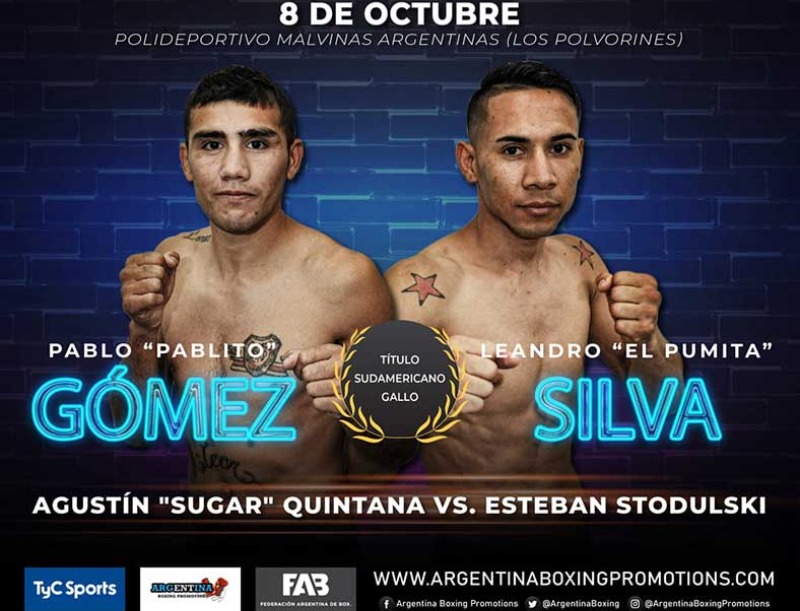 In the Municipal Sports Center of Los Polvorines “Malvinas Argentinas” in the province of Buenos Aires, the Chaco boxer Leandro “El Pumita” Silva, will seek to keep the South American Gallo Title that is vacant in the stellar fight of the evening against the Buenos Aires, current national champion of the super bantamweight category, Pablo Gómez (13-10-2, 1 KO). It will be this Friday, October 8 and it will be broadcast live through the TyC Sports signal from 9:00 p.m. to the entire country.

The 29-year-old boxer from Chaco is number 3 in the Argentine ranking of the division, has a 7-6-3 record with 4 knock-outs and will seek his first belt at the best moment of his career.

Silva is sponsored by the Chaco Sports Institute under the sponsorship law No. 1772-S “Sports Sponsorship and Tutoring Regime”.

Edomex 2021 Sports Cups for Chess, Basketball, Boxing, Soccer, Basque Ball and Squash are being prepared
Boxing: Fury asks Biden to allow Brits to travel to Las Vegas for his fight with Wilder
Olympics: TAS responded to suit for boxing robbery against Aliev
BOXING 916

Loading...
Newer Post
Tickets purchased for MotoGP in 2020 and 2021 will be valid for 2022
Older Post
Sergio Romero returns to football in Italy to regain lost ground, after a year without playing