Boxing changes more than one facet in your life 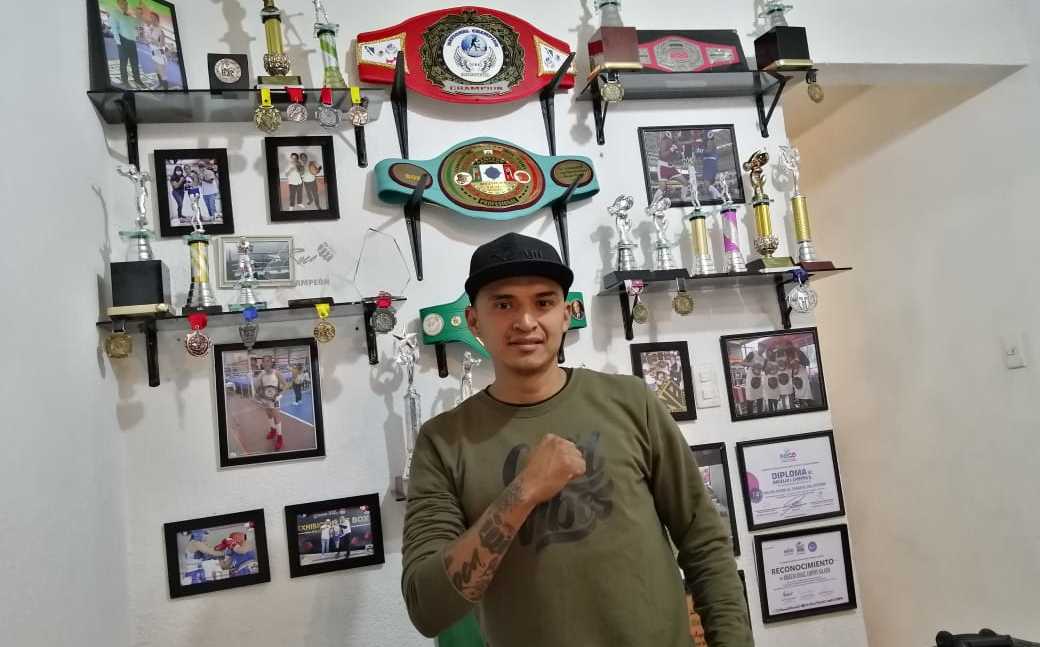 Boxing is not just getting into the ring to fight; Rogelio Roca Salazar is a 35-year-old coach who sees boxing as an opportunity to grow

Boxing changes more than one facet in your life

Boxing is not just getting into the ring to fight; Rogelio Roca Salazar is a 35-year-old coach who sees boxing as an opportunity to grow as an athlete, but also to improve the health and safety of those who practice it.

Roca Salazar began in boxing for approximately 12 years, as a practitioner and had the opportunity to meet the trainer Alejandro Gutiérrez &#8211; father of Jaguar Gutiérrez-, whom he took as an example due to his way of training and training athletes; Now he celebrates six years at the helm of Boxing Club Roca.

&#8220;I lived in Querétaro, I met coach Alejandro Gutiérrez, father of Jaguar Gutiérrez, his way of training caught my attention, I began to get more involved with him and ended up working as his assistant; now we have beensix years with the rock team, &#8220;said Rogelio Salazar in an interview for La Afición / Milenio.

He also considered that throughout his coaching career he has had great lessons, however this has been his best year, since he recently debuted 16-year-old Estrella Bermúdez in professional boxing with a victory by knockout in the first round.

&#8220;This has been my best year, I debuted a 16-year-old girl in professional boxing, another girl named Nahomi was the champion of an international championship in a Spanish championship,&#8221; he said.

As happens regularly in amateur sports, Roca Salazar told us that he has witnessed the lack of support that exists in boxing, because &#8220;andn Sometimes parents are very influential, because there is no support. Sometimes the children feel like it but their parents don&#8217;t support them. &#8220;

&#8220;The lack of confidence to believe that their children can achieve something, boxing changes things a lot, it gives children security, it gives them confidence, they stop being on drugs, on the streets, but many think that nothing else is come to hit the sack, &#8220;he said. At Boxing Club Roca, Rogelio has apprentices ranging from 8 years old to 45 and ensures that -among his fighters- there are more women than men.

&#8220;I have had a little more performance in the aspect of women, I have colleagues who train and there are few women who train,&#8221; he mentioned.

Recently, there have been several controversies around boxing due to injuries or physical damage that have been generated after the fights. Given this, Roca Salazar considers that the lack of professionalism greatly influences these actions, as well as the bad decisions of managers and even boxers.

&#8220;Each gym has its way of training, the injuries and damages that there are with athletes are due to managerial issues, or the promoter or even the boxer himself, that go without training or with a very low ranking and go more for the money. The training is based on amateur boxing and it starts to grow; in professional boxing there are many bad decisions by the promoters or managers themselves, &#8220;he said.

Finally, he explained that he chose to practice boxing from an early age, because it is a very complete sport and that it can favor you in various physical and mental aspects even if you do not go up to fight in a ring.

&#8220;It is an extremely complete sport in which you don&#8217;t need to practice it 100 percent for it to serve you; I have ladies of 40 or 50 who come to exercise but due to physical condition, children who are very insecure, this sport makes you change more. It is not like in soccer, if you are going to train you have to play, you do not do it just because of the condition, &#8220;he said.

Likewise, he advised parents and anyone who wants to venture into the world of boxing, to choose where to practice it and extended an invitation to get to know the Boxing Club Roca, located in Acoming from Ozumbilla, Los Héroes Tecámac, Flores Section.

&#8220;Each person sees well where they will put their children to train; there are very nice gyms where they do not have any preparation, it is not only knowing the strategy of the box, it is knowing about nutrition, knowing what to do in the face of injuries, knowing their people to find out if they are suitable for a fight and not to want to fight they throw them with anyone, &#8220;he said.