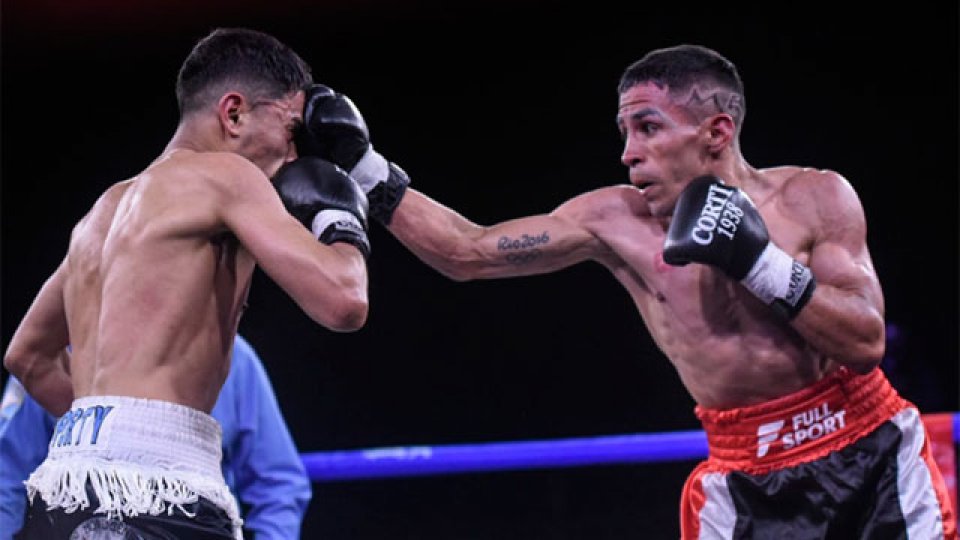 #BoxeoDeFirst? End of combat! Round 11 was interrupted by a head clash and the match between Blanc and Zárate is defined on the scorecards.
Watch the ruling LIVE by @TyCSports and by https://t.co/oDHOhiSkNN here? https: //t.co/IxT9YWh2kZ pic.twitter.com/lZ7e3ftgIK

“Musulito” Olympic Blanc in Rio de Janeiro 2016, put into play the crown that he conquered on February 8, 2020, when he knocked out Chilean Ramón Velásquez in five rounds. Round 11 of the fight with Zárate was interrupted by a clash of heads and the fight between Blanc and Zárate is defined in the cards of the jurors who saw the boxer from the national capital of Citrus the winner.

#BoxeoDeFirst? WHITE WON AND AWARDED ALL THREE BELTS! In a controversial ruling that contradicted the credit card @BoxeoDePrimera, the current champion defeated Junior Zárate in a unanimous decision in the main fight of the night in Concordia. pic.twitter.com/JE2eCZofwn

In addition, the evening featured the return to the ring of Marcela “La Tigresa” Acuña who beat Natalia Alderete, by points, in a wide unanimous decision, after six rounds, in a featherweight clash. The icon came back with everything. Acuña (now 50-7-2, 20 KOs) comfortably handled the fight and dominated Alderete (3-4, 1 KO), to take the wide decision. The judges’ cards were: Alejandro Bokser 59-55, Rosalino Aquino López 59½-56, and Juan Carlos Palmieri 59½-57.

Three weeks after turning 45, “La Tigresa” put on his gloves again and reappeared with a wide and predictable victory. It was the return of both to the ring – Acuña after just over two years and Alderete, 38, after almost two years – and the differences were quickly exposed.