Boxing: Controversy in Italy over Nazi tattoos of a boxer 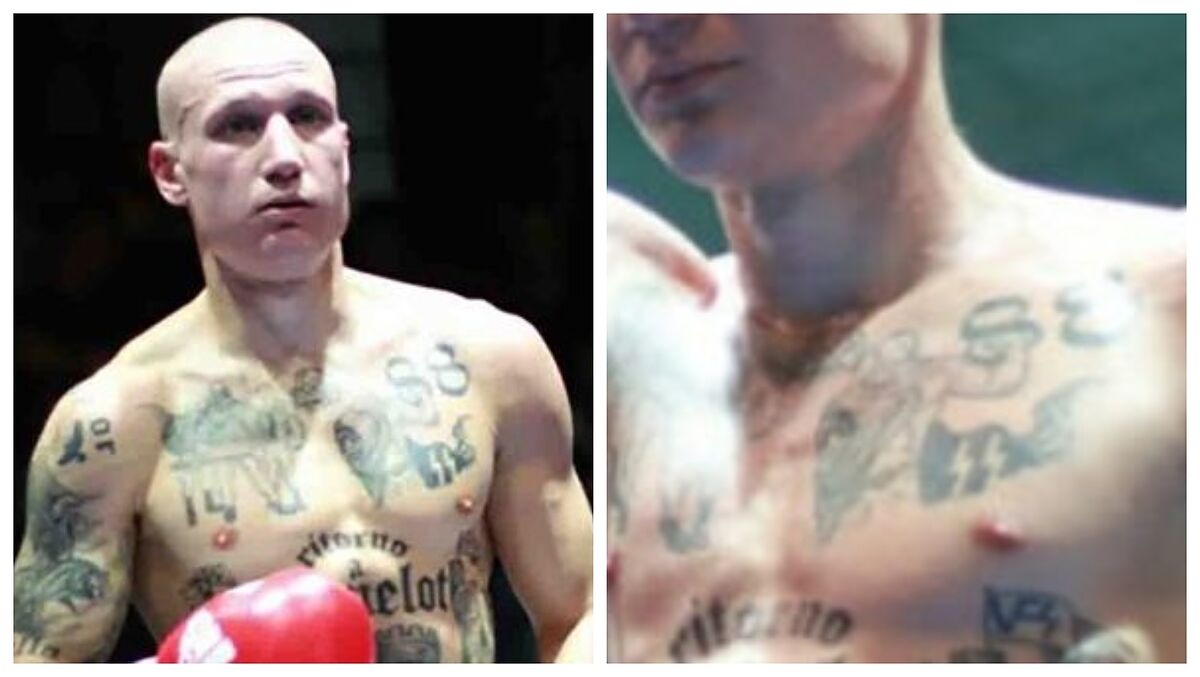 ANDl boxer Michele Broili, 28, was defeated last Sunday in Trieste by Hassan Nourdine, 34, in a bout for the Italian super featherweight title. Be

ANDl boxer Michele Broili, 28, was defeated last Sunday in Trieste by Hassan Nourdine, 34, in a bout for the Italian super featherweight title. Beyond the sporting duel, the contest served to reigniting the debate in Italy about the display of Nazi and fascist symbols.

Nourdine, Italian pgil born in Morocco, took the victory by unanimous decision against Broili, who exhibits various tattoos with Nazi symbols, which moved the focus to the defeated. Sports authorities are now examining how a boxer with tattoos that included a flag with the inscription SS He is a member of the Italian Professional Boxing Federation (FPI).

&#8220;When I stepped into the ring and saw those tattoos, I was shocked&#8221;said Nourdine, who left the ring with acclaim. Broili&#8217;s tattoos with this type of symbol were numerous: the number 88, a white supremacist numerical code representing &#8216;Heil Hitler&#8217;; the &#8216;totenkopf&#8217;, symbol of the paramilitary unit that helped run the concentration camps in Nazi Germany; and the logo of a Vnetian skinhead organization. Before the fight, Broili also gave the fascist salute to his companions.

&#8220;I found those tattoos obscene. There is no justification,&#8221; explained Nourdine, who lives in Asti, in the Piedmont region. &#8220;The Italian Boxing Federation should have realized from the beginning that this boxer had such sympathies. Incitement to hatred is punishable by law.&#8221;he added.

The Italian Boxing Federation communicated that it would take action, although nor did it justify the fact that it took 16 fights -the ones that Broili has as a professional- to act. According to Italian media, the police and the Trieste Prosecutor are considering opening a criminal investigation.

In 2017 the Italian government put in place a law to ban all fascist and Nazi symbols, but it failed to pass both houses. The Broili case has reopened the debate.

Loading...
Newer Post
Solari will seek to maintain his undefeated in Liga MX classics
Older Post
Leon Edwards: “UFC is trying to beat me, but I can’t lose”