Boxing: Dani Moukoko, the ‘Quiet Man’ who wants to jump the last hurdle 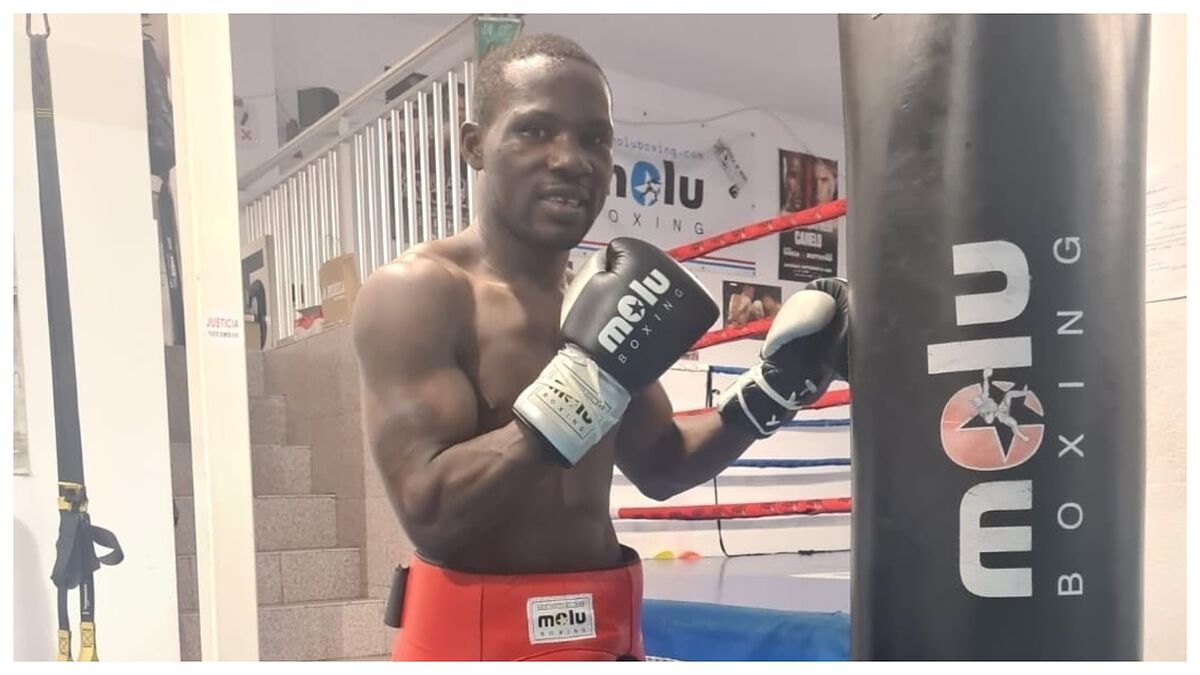 TAfter a journey worthy of a movie, the Cameroonian Dani Moukoko will become a professional boxer this Saturday. At 25 years old, a great career a

TAfter a journey worthy of a movie, the Cameroonian Dani Moukoko will become a professional boxer this Saturday. At 25 years old, a great career awaits him after the harshness of his youth.

Moukoko is happy. In a few hours she will fight in his first professional fight. This Cameroonian arrived in Spain a few years ago and He has four at the Azteka Box Gym in A Coruñawhere he was welcomed and cared for.

The road was long. Almost eternal. He fled on foot from Cameroon, his native country. A good stretch of the African continent was traveled on foot until reaching Melilla. “There were many months, a whole year going from country to country. I arrived in Morocco and then in Melilla. I managed to get over the fence on my second try because the first time I got caught and kicked out. But the second time I was lucky and got in.”

But still peace would not come for Dani. He would fight even more after jumping the most famous fence of recent times and arriving in Madrid. He had almost no food or resources, he lived poorly. “I was lucky to find a priest who helped me. I worked in a gym for four years. Later, I came to Coruña, where, fortunately, I found Luis, who rescued me from the street”.

It wasn’t easy until he met his guardian angel, Louis Suarez, the alma mater of the Azteca Box gym in the Galician capital. “We took him in and helped him with what he needed. When we found out that he was living on the street we got angry, he didn’t tell us.”

In the gym he is nicknamed the ‘Quiet Man’. Dani is very loved by all. “In Spain I don’t have a family, I’m alone. My only family here is Azteca Box,” he says. This Saturday at the Frontón de Riazor in A Coruña, he will make his professional debut against Malian Yossouf Koné in super middleweight.

First evening of boxing for the blind

For two years, the Escoita Project has facilitated the audio description of various events in A Coruña. The main reason why the Escoita Project was born is that people with visual disabilities can enjoy the games just like everyone else. Its creator is Jesus Suarez, Deportivo fan, who in 2000 was diagnosed with a degenerative eye disease. This Saturday you can listen to the entire evening.

Tags: sports Center, boxing
Boxing: Mntungwa: “I didn’t kill Buthelezi. I can’t take it anymore… I’m going to kill myself”
Josh Taylor had to abandon his undisputed championship
How many wins and losses does Canelo have in his career?
BOXING 3108

Loading...
Newer Post
MotoGP, live | Free practice for the GP of the Americas
Older Post
Yaroslav Amosov rescues his MMA champion belt from the ruins of his house in Ukraine