Boxing: Daniel Aquino started the year with a devastating knockout in Santa Fe 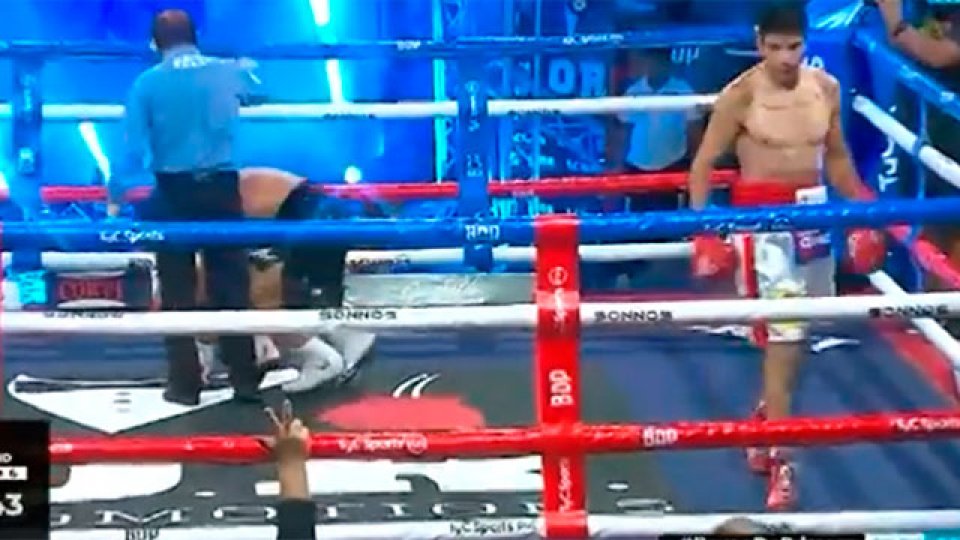 After a start of study, Devesa, who returned after almost three years inactive and after a hard knockout against Adrián Sasso, seemed to control the actions, at least only at the start. Is that in the second round, while advancing, Aquino found him with a powerful counterattack that culminated in a cross to the face, and sent him to the ground. After that, the “Terrible” was by definition, says TyC.

It was TKO 2, sending him hard to the ground twice on that lap, in the super welterweight category.

He took advantage of his greater reach and landed two deep cross rights to the cheek of a Devesa that was bouncing off the ropes. Without giving room for respite, the Entre Ríos went to finish and with a forceful right-handed cross to the jaw, he sent him to the canvas again, no longer answered, so the referee Ramón Benavidez stopped the fight. Thus, Aquino was reunited with victory after eight presentations -7 losses and 1 draw-, and after in May 2018 he surpassed Marcelo Bzowski in a unanimous decision.

For her part, the undefeated Evelin Bermúdez destroyed the Panamanian Yaditza Pérez, by technical knockout in the third round, and thus defended for the fourth time her world light flyweight title of the International Boxing Federation (IBF), in the stellar fight of the evening. developed this Friday night at the Pérez Multifunction Complex, Santa Fe

Tags: for, Nelson, a
Quito hosts the 2022 South American Amateur Golf Championship
Puebla boxing trusts to fulfill its competition calendar in 2022
This is how the positions, the annual table, the scorers and the averages for the decline that returns in 2022 remained
BOXING 1372