Boxing: Dmitry Bivol and Zurdo Ramrez have their first face-to-face 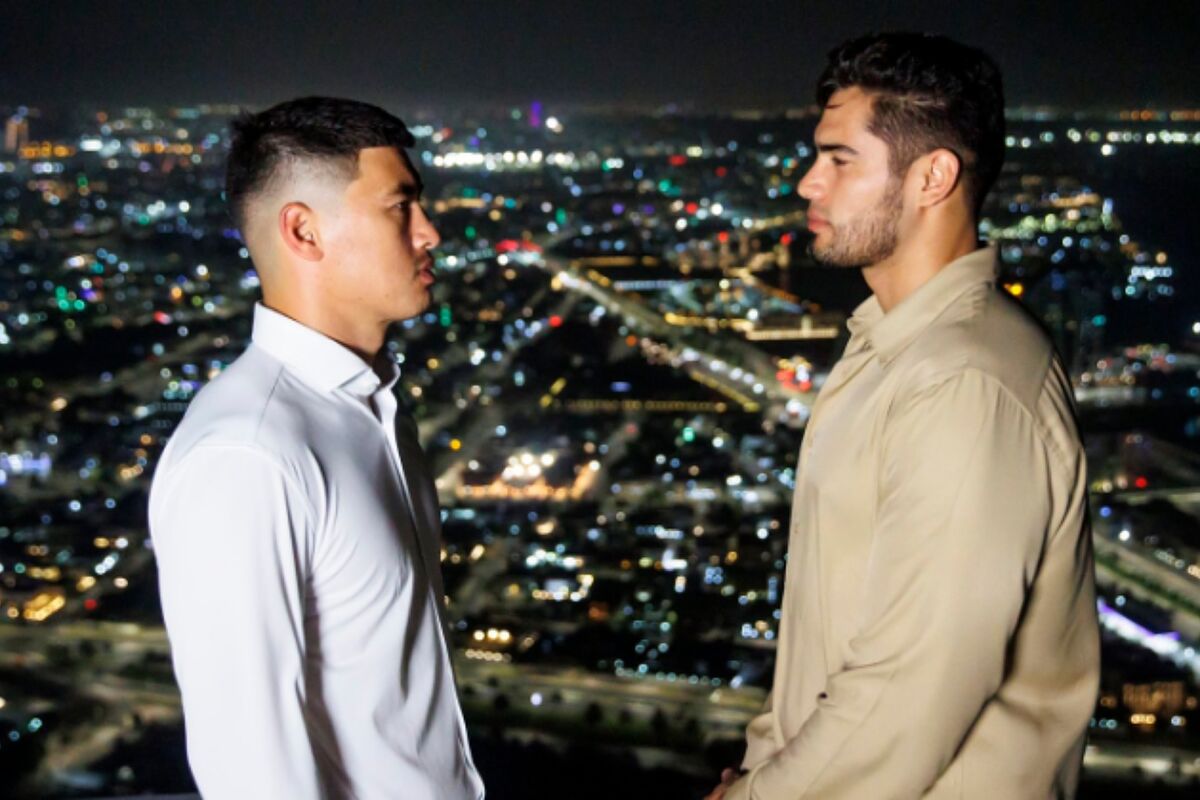 Dmitry Bivol and Gilberto "Zurdo" Ramrez They already had their first face to face, prior to the fight that they will hold next November 5 in Abu D

Boxing: Dmitry Bivol and Zurdo Ramrez have their first face-to-face

Dmitry Bivol and Gilberto “Zurdo” Ramrez They already had their first face to face, prior to the fight that they will hold next November 5 in Abu Dhabi, in which they will be in dispute The World Boxing Association World Light Heavyweight Championship.

The official presentation of the match was held, very respectfully and without any fuss, at the Etihad Arena in Abu Dhabi, where the Mexican will try to dethrone the Russian from the scepter that he successfully defended in his most recent presentation against Sal “Canelo” Álvarez.

The first to appear on the scene was Bivol, followed by the Aztec challenger. both boxers They showed their confidence to come out with their hands raised from this fight that has caused great expectation, with the unknown of knowing if the monarch will keep the scepter or if the native of Mazatlan manages to dethrone him.

Zurdo congratulates Bivol on his win against Canelo

The face to face left some important impressions, among which Ramrez’s congratulations to the Russian for his victory over Sal Álvarez stand out.

“Bivol is one of the best in his division, he is one of the best in boxing, I congratulate him for beating Canelo, that was a great night for Bivol, I won by unanimous decision, but what can I say, I have a record of 44-0″, mentioned Ramrez, who will finally face the Russian, who, at the beginning, had refused to face him.

“Thank you all for making this possible. I’m going for the title and November 5 will be a great night,” he said.

Bivol recognizes the quality of Lefty

the champion of the world he was calm, serene and focused on what the fight against Ramrez will be, trying to forget for the moment a possible rematch with Canelo lvarez.

“I have to be focused on this fight. Whenever I have a fight I focus on it, of course I have big plans in my head, I want to be the best fighter in the world and have more belts. Ramrez is a great fighter because he is undefeated, he is bigger than me and he will be challenging.”

Loading...
Newer Post
Julieta Venegas Chile 2022 | When and where is she? | Where and when to buy tickets?
Older Post
Boxing: Abner Mares draws with Miguel Flores on his return to the ring after a four-year absence