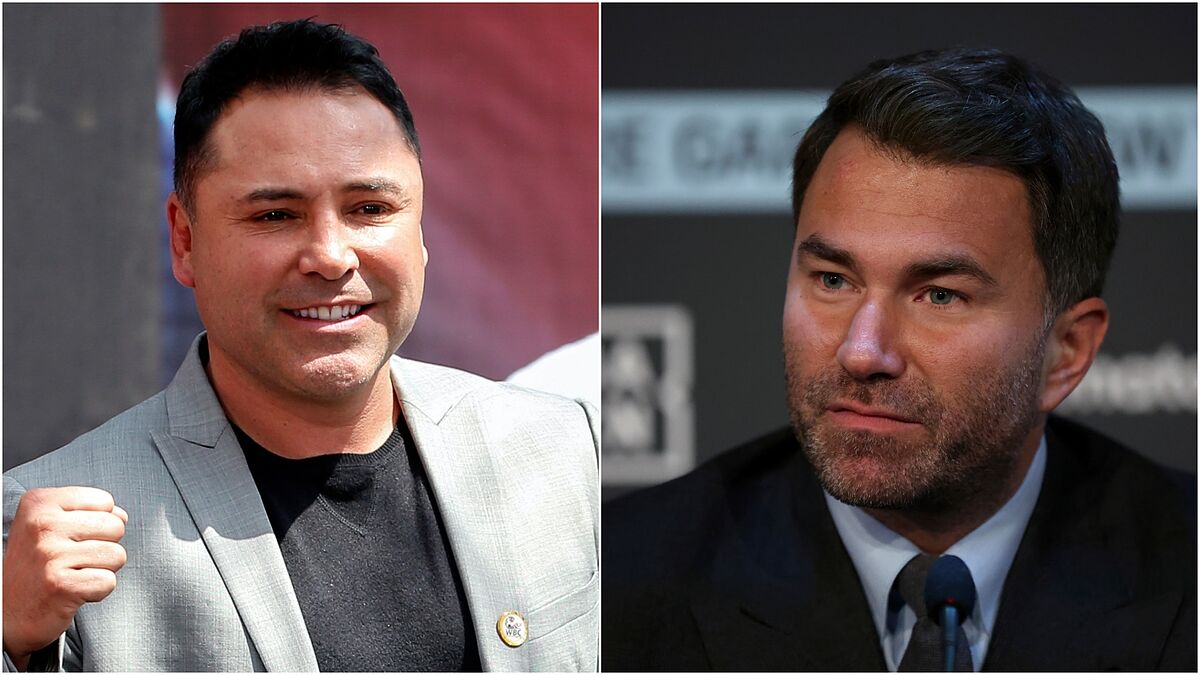 La war of declarations between Eddie Hearn and Scar de la Hoya after the defeat of Canelo Alvarez vs. Dmitry Bivol keep lighting up, all after the

La war of declarations between Eddie Hearn and Scar de la Hoya after the defeat of Canelo Alvarez vs. Dmitry Bivol keep lighting up, all after the ex-boxer will assure that it was the fault of the promoter of DAZN that the Mexican suffered his second fall.

De la Hoya recently said that Hearn, not knowing the world of boxing, he was guilty that Canelo was outclassed at 175 pounds by Bivol for the fighting style.

“Canelo has a promoter [Hearn] now that obviously doesn’t come from the boxing world.He doesn’t really know the fighting game. I beat Canelo, it was the wrong style, de la Hoya said.

Before the statements, Hearn came out to defend himself, assuring that Canelo makes his own decisions, and that, in any case, De la Hoya was guilty of the multi-champion suffering his first defeat against Floyd Mayweather being very young when he faced him.

“It’s good that he put my name in his mouth, that’s good. I mean, he’s just complaining that he finished Canelo. Canelo makes his own decisions. He put Canelo Álvarez with Floyd Mayweather when he was about 12 years old,” Hearn said in an interview with Boxing Social.

Hearn defended the decision of Canelo to face Bivol and climb to a higher category than the one he has dominated, this because the Mexican did not want an easy fight.

“At the end of the day, we have to make great fights. The fighters pursue a great legacy. What they’re basically saying is that Eddie should have given him an easy fight. Canelo doesn’t need an easy fight. That’s why fans love him. I’m not interested in making easy fights. Canelo is the boss. Canelo wants the biggest, toughest fights out there. We respect him for that. Fans love him for it. So it’s just bitterness at the end of the day.”

Tags: Claro-mx/other-sports/boxing
Boxing: Jake Paul thanks Canelo: “What some call delirium, the greats call believing in oneself”
Boxing: Deontay Wilder does not retire: “Beggars and billionaires have asked me”
Boxing: Scar Valdez: “To be thinking of other boxers, Shakur Stevenson should first think of me”
BOXING 3138

Loading...
Newer Post
Tom Brady and the records he can improve in the 2022 NFL season
Older Post
Rory McIlroy wins the Canadian Open for the second time