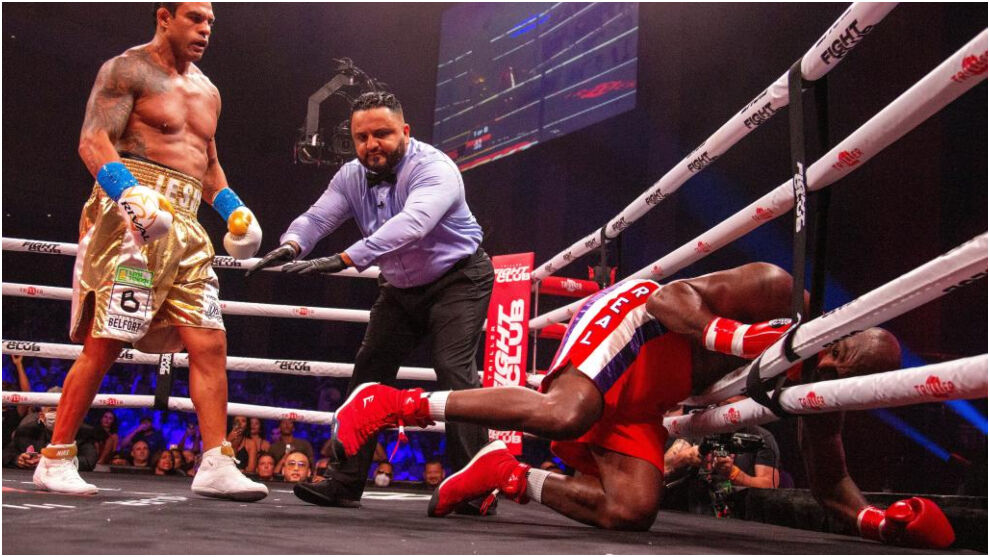 Evander Holyfield received a 30-day medical suspension on the occasion of the aftermath of his exhibition fight against Vitor Belfort in which he lost by technical knockout in the first round.

The referee stopped the bout at 1:49 minutes of the first round after Holyfield went against the ropes with the combination of blows he received from Belfort.

The Florida Athletic Commission announced the suspensions for medical reasons. Besides Holyfield, Tito Ortiz was also ruled out for 60 days following his loss in the last Triller Fight Club event.

Holyfield had come into his fight with Belfort short on time having to replace scar de La Hoya, which you give before the fight had to be hospitalized for coronavirus.

Fans expected a great match between De La Hoya and Belfort, but now their excitement has turned to concern as he announced Holyfield had to put his gloves back on after seeing how age took its toll on his match against Belfort.

As for Tito Ortiz, Anderson Silva sent him to the canvas in just 88 seconds. Silva has had a brief but successful boxing career, winning two of three bouts. He has knocked out former world champion Julio Csar Chvez Jr. and his former UFC colleague in the space of three months.

Tags: boxing, sports Center
Iker Fernndez has boxing in his blood
Boxing: Usyk dethrons Anthony Joshua in memorable match
Boxing. All ready for the show at the Jalisco Arena
BOXING 889