BOXING – Filipino Saludar ensures he will return home with his crown 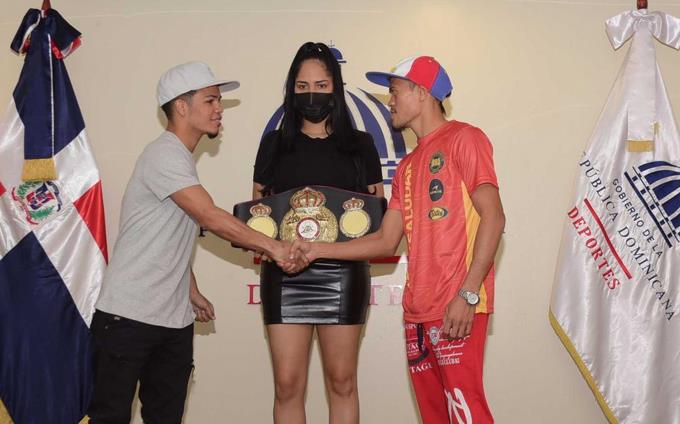 YOEL ADAMES F. “I thank him and respect him because he is named after my childhood idol, which is Manny Pacquiao,“ Pacman ”; but w

“I thank him and respect him because he is named after my childhood idol, which is Manny Pacquiao,“ Pacman ”; but with the crown I have never been kind, I will return home with it. “

This is how the world champion of the minimum weights, version World Boxing Association (WBA), the Filipino Vitorio Saludar, who will expose his scepter next Tuesday 21 at the Catalonia hotel, on the Malecón de Santo Domingo, before the mandatory challenger Erick “Mini-Pacman” Rosa.

The mandatory fight for the champion comes after the WBA abolished the &#8220;interim&#8221; titles and made the former champions direct contenders for the regular champions, including the Dominican Rosa, who reigned in the 105-pound conglomerate.

“Here in Santo Domingo it will not happen like in Puerto Rico, where I lost my crown on one occasion due to the bad conditions that subjected me; I want to thank the Shuan Boxing company for the fine treatment they have given us and all the Dominican people who have treated us as if we were in the Philippines ”, said Saludar through an interpreter.

Both fighters were presented this Wednesday in the James Rodríguez conference room, at the Ministry of Sports (MIDEREC), where Minister Francisco Camacho wished him luck and urged them to provide a clean and highly competitive fight so that all the public enjoy this great effort.

&#8220;I know it will be a great fight because I already know the quality of both, I wish them both luck, but I cannot deny my sympathy,&#8221; Camacho said.

The 21-year-old Mini-Pacman Rosa is only 4-0-0 on the pay field, all contested in 10 or more rounds and for regional or world crowns.

The one from the archipelago of the Philippine islands, Saludar, reigns for the second time in the WBA minimum division, accumulating a professional record of 21 victories and 4 defeats.

&#8220;He has borrowed that girdle until next Tuesday when he will return it to me in front of the world because I will be champion again,&#8221; said the local challenger. &#8220;That nobody worries because I am that I am going to fight and I am not, I have everything programmed.&#8221;

The president of Shuan Boxing, the promoter Belgium Peña, said that boxing lovers cannot miss next Tuesday&#8217;s evening because it is a first-class show, with ten bouts in which the winner is not predicted.

On his side, the national boxing commissioner, Ramón Valdez, congratulated the promoter Peña and his company for the quality of the show.

&#8220;In our first year in front of the Commission,&#8221; said Valdez, &#8220;I have the honor of having made 40 evenings, all of great quality and this closes with a flourish with the fourth third in the world title in my administration.&#8221;