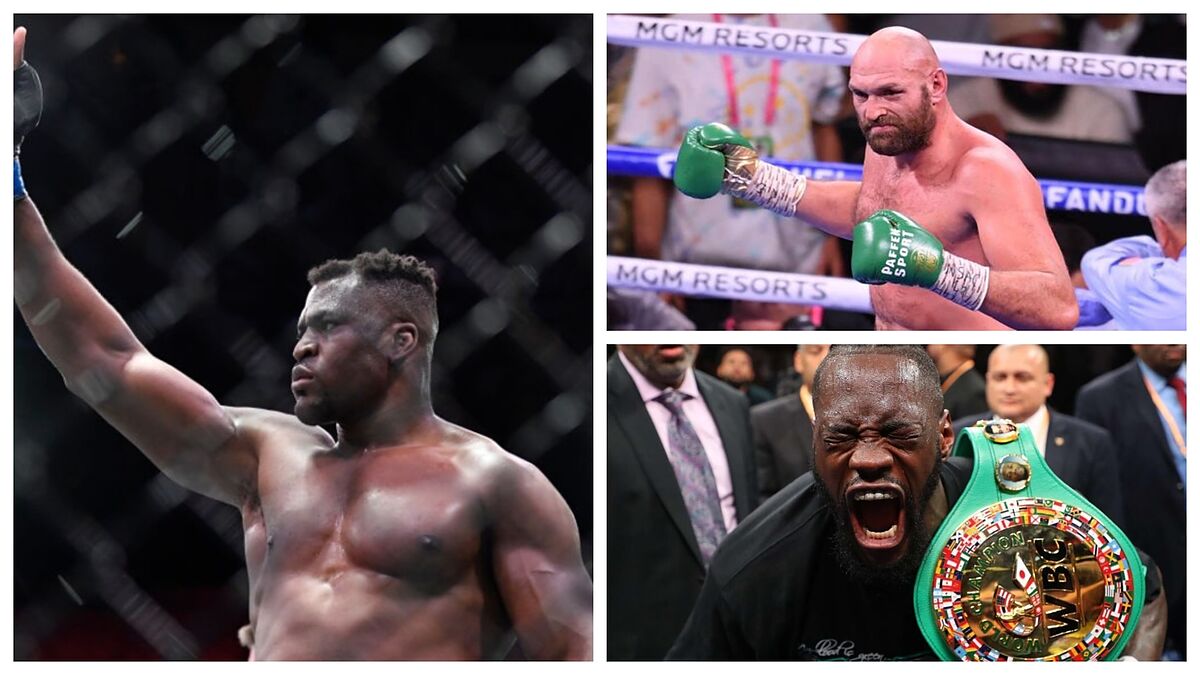 ANDAmong the many chimeras that exist related to contact sports, there is always the option of duels between the stars of mixed martial arts and th

ANDAmong the many chimeras that exist related to contact sports, there is always the option of duels between the stars of mixed martial arts and those of boxing. His climax (if it can be defined that way) could be the clash between Floyd Mayweather Jr. and Conor McGregor, the most recognizable faces of both universes. Years later it continues to be a topic of discussion and even more so when its referents continue to stoke the fire.

It is the case of Francis Ngannou, one of the best fighters in the UFC Worldwide. Owner of the heavyweight champion belt and number 4 on the lists of the company led by Dana White pound for pound. A marvel, to sum up, and with a punch that has nothing to envy anyone.

For this reason, and perhaps also for that special character that always joins the fighters, he has never hidden that the possibility of jumping into boxing and measuring himself against one of the greats draws a lot of attention. In March he asked Fury or Anthony Joshua, as he said that getting into the ring to box &#8220;is his dream before retiring&#8220;.

Months later he continues with the same ideas and in the microphones of &#8216;TMZ Sports&#8216;He challenged the two great current references of heavyweights, Deontay Wilder and the &#8216;Gypsy King&#8217; &#8211; whom he had challenged nine months earlier. &#8220;I want to measure myself at that level. Although it is not the same sport I am the champion, I am at the top of this division. At the end of the day it is like training hitting, hands and having a good development on impacts. I can do a lot of damage &#8220;, he claimed.

Even so, the reality remains that he has a contract with the UFC and must defend his belt against Cyril Gane (15th pound-for-pound interim heavyweight champion), a title that he snatched from Stipe Miocic. &#8220;I have always thought about boxing and it does not go out of my head. It will happen, whatever it may be. UFC I&#8217;ve never seen myself retiring without boxing&#8220;he explained.

Can he meet Fury or Wilder?

The other aspect is to know if it will be possible to measure Tyson Fury or Deontay Wilder. The Briton has several open fronts, ranging from that dream duel against Anthony Joshua or Usyk, or that expected combat for which millions will be paid against Dillian Whyte. For his part, Wilder&#8217;s withdrawal has even been valued, so the ignorance is total.