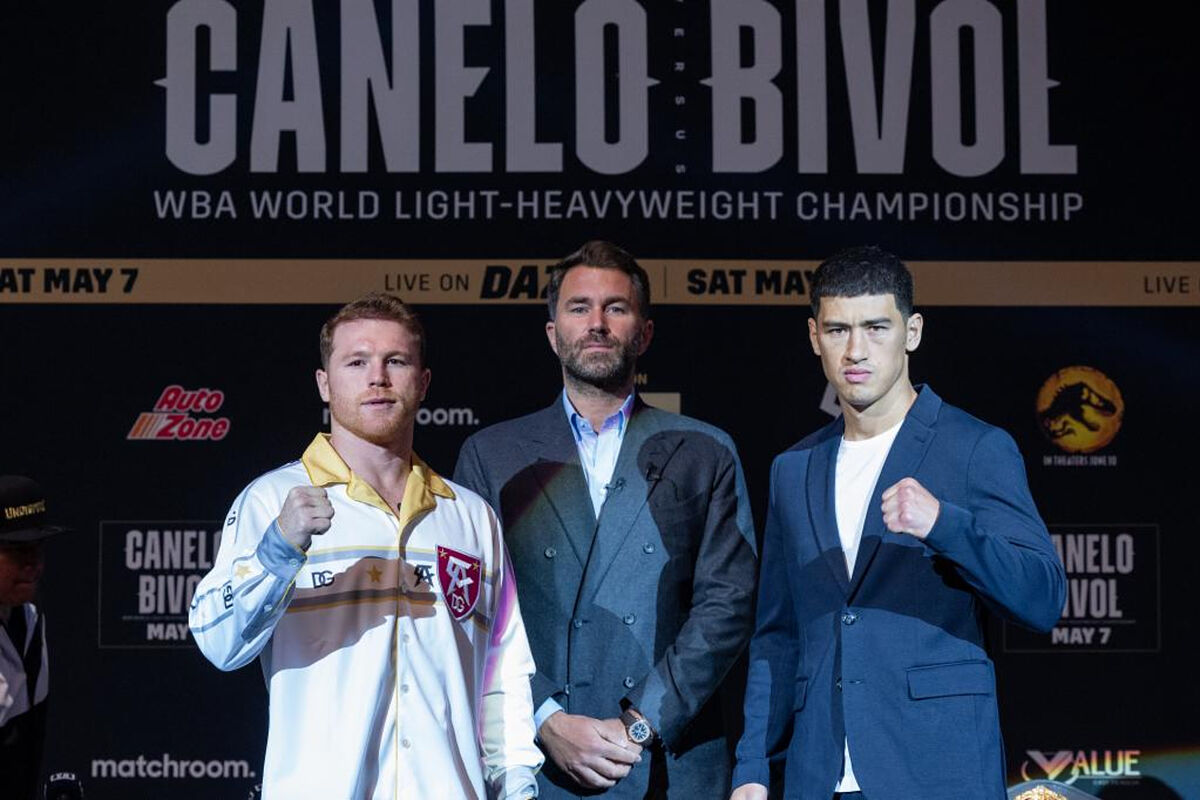 ANDit is evident that Canelo Álvarez’s defeat against Dmitry Bivol broke the schemes of the Mexican boxer and now it will be his next commitments that define his legacy tomorrow. It was precisely another bad result, against Floyd Mayweather, that launched Álvarez’s career, and against Gennady Golovkin in the early hours of this Saturday to Sunday (DAZN, evening from 02:00) has the opportunity to shine again to regain his place as the best boxer of all weights.

Both his defeat and the latest results of some fighters have made the man from Jalisco lose positions in boxing’s top pound-for-pound rankings. The one produced by The Ring magazine -perhaps the most prestigious of all- currently has Canelo located in fifth position. Number one on the list is none other than heavyweight Oleksandr Usyk, who recently beat for the second time Anthony Joshua. After the Ukrainian is the Japanese Naoya Inoue, followed by Terence Crawford and Errol Spence. Tyson Fury disappeared as he was supposedly retired.

Returning to the top will not be easy and To achieve this, it will not be enough for Canelo to beat ‘Triple G’. But the fact is that the undisputed champion of the super middle does not contemplate anything other than beating the Kazakh: “Losing is not an option for me,” he says in the series ‘The Making of’ (available on DAZN), in which he did not rules out a rematch against his previous executioner. It would therefore be a fight that would close the cycle of three fights under the umbrella of Matchroom and DAZN, at a rate of 160 million dollars.

Canelo makes it clear that he still has pending accounts with Bivol, and that perhaps a more adequate preparation for the light heavyweight will help him leave things the way he wants: “You take risks, you pick the best fights, maybe you lose one day. But I’m happy to take these kinds of fights because they make me feel good. I was at my best when I lost to Bivol. Not in my weight class, but I think I can beat him easily. But things happen. He won the first five or six rounds but then I got tired, that’s what happened, but he’s not better than me.”

Canelo lvarez: how he overcame his defeat against Mayweather

If Canelo Álvarez had not been victorious in his second fight against Gennady GolvikinPerhaps the Mexican’s career would have gone through other very different paths. Perhaps, with two setbacks in his record -had he fallen to the Kazakh-, Canelo would not have embarked on the conquest of super middleweight and light heavyweight. But in any case, the turnaround in his career came after his loss to Floyd Mayweather. The Mexican emerged as a product of his tenacity to become one of the most complete boxers in history and a reference for the current generation.

After biting the dust before ‘Pretty Boy’, a young Canelo had to assimilate that it was his turn to climb again. The current undisputed champion of the supermedia, titles that he puts into play at dawn from this Saturday to Sunday against ‘Triple G’, stars in the new installment of ‘The Making Of’ (already available on DAZN), in whose first chapter he reveals how he digested that first defeat, against the boxing star of that moment.

I feel ready to win and be the best. At that time, beating the best will make me number one in the world

“I felt ready to win and be the best. At that moment, beating the best would make me number one in the world.”, says Canelo, who at the age of 23 had to accept reality. “Simply, it was because of the experience. If I compare that Canelo with the one today, they are completely different. It would be a completely different fight now. I have always said that maybe if I had won that night, everything would have come to me. The fame, the money and maybe it wouldn’t have worked well then. Maybe I would have gone crazy. It wasn’t my time. It took me a few days to accept it,” says Sal Álvarez.

For the Mexican boxer, his career took off after overcoming the first setback and there was a fight that marked his rise: “Without a doubt, the most important was when he fought against Miguel Cotto.” Canelo took the victory by unanimous decision with scores of 118-110, 119-109 and 117-111, in addition to clinching the World Boxing Council (WBC) middleweight title.

Tags: sports Center, boxing
After suffering a cerebral hemorrhage in the middle of a fight, boxer Simiso Buthelezi dies – Counter-Replica
Josh Taylor had to abandon his undisputed championship
Boxing: Kambosos and Haney fight to be the eighth undisputed boxing champion
BOXING 4244