Boxing: Fury and Wilder offer their forecast for the Usyk vs. rematch. Joshua 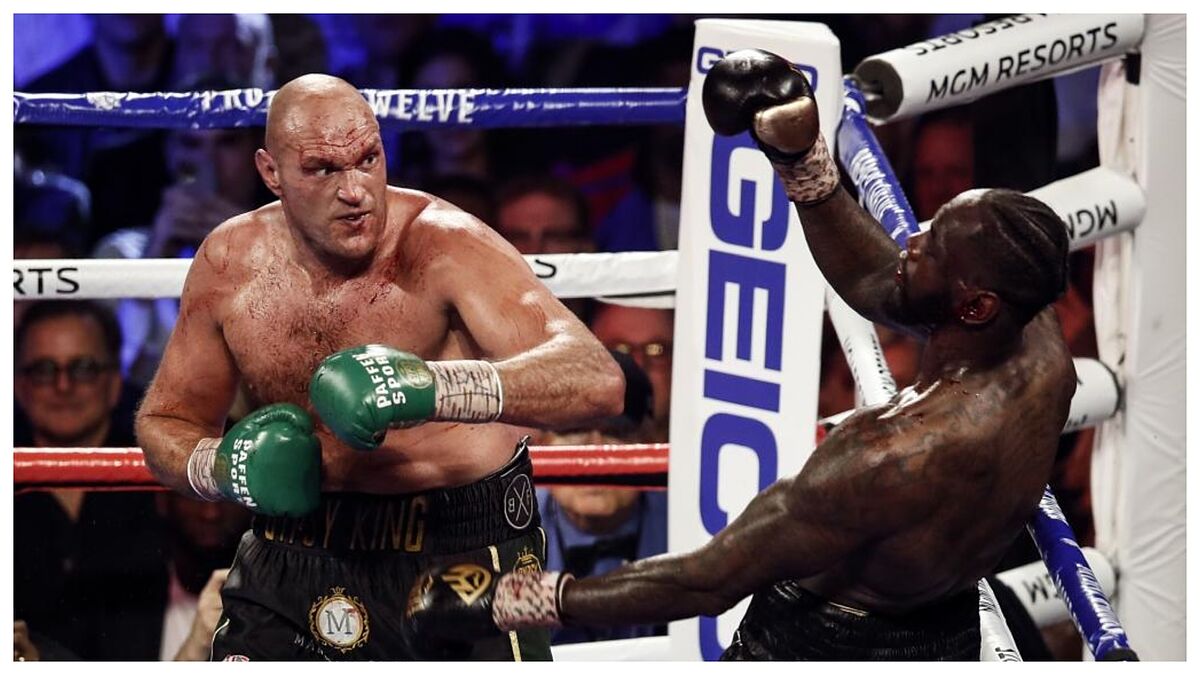 Anthony Joshua look for the next 20th of August in view of Oleksandr Usyk regain the three world heavyweight titles he lost to the Ukrainian. The

Anthony Joshua look for the next 20th of August in view of Oleksandr Usyk regain the three world heavyweight titles he lost to the Ukrainian. The fight will take place at the Super Dome in Jeddah (Saudi Arabia) and the current champion of the World Boxing Council (WBC), Tyson Fury, has spoken about this fight.

“I just think Usyk is too good a fighter for AJ and I don’t think he has the ability to push him for 12 rounds or drag him into a dogfight and knock him out,” Gypsy King told Gareth A Davies on his YouTube channel.

The ‘Gypsy King’, who continues to say that he is retired although he is still the holder of one of the champion belts, added about his prognosis: “You have to be a special and elite human being to achieve that and I don’t think Joshua has the will to win to do that.. AJ is happy being second, he is too happy being second. If you willingly agree to that, tell me no more,” the boxer pointed out.

The Manchester boxer insisted on his arguments and highlighted how uncomfortable the Ukrainian champion can be for the challenger: “In heavyweight sometimes you only need one punch to win. In his previous fight Usyk ended up with many marks on his face and chopped up. It’s not hard to hit him and obviously Joshua can hit him big, but I just think Usyk is too good, smart and quick for him. And he is left-handed. Fury stated.

For this match, Joshua will no longer have Robert McCracken in his corner and they will be on his coaching team. robert garca -its latest incorporation- and the Spanish angel fernndez. “I think that with Robert García what they are trying to train him to fight with one leg forward and be aggressive. This will simply allow Usyk to catch up with him more often.. I just don’t see it.”

Who is gradually returning to public life is Deontay Wilder, who established a forecast and made it clear with whom he will align himself in the face of the expected rematch that will take place in Saudi Arabia. “I’m going with Usyk, I’m with him. I think a lot of people do. It’s boxing after all, so we’ll see what happens, but I think Usyk will take it,” he said.

Tags: boxing, sports Center
Canelo finally puts away his golf clubs and puts on his gloves to fight Golovkin
Puebla wins a gold medal and two bronze medals in Nacional de boxing
Mayweather and Pacquiao, possible fight by the end of the year!
BOXING 3110

Loading...
Newer Post
Carlos Leppez from Mendoza fights for the Argentine MMA
Older Post
Iberdrola sends all its energy to the Spanish Women’s Soccer Team ahead of the European Championship