Boxing: Fury: “Anxiety is one of the worst things anyone could have” 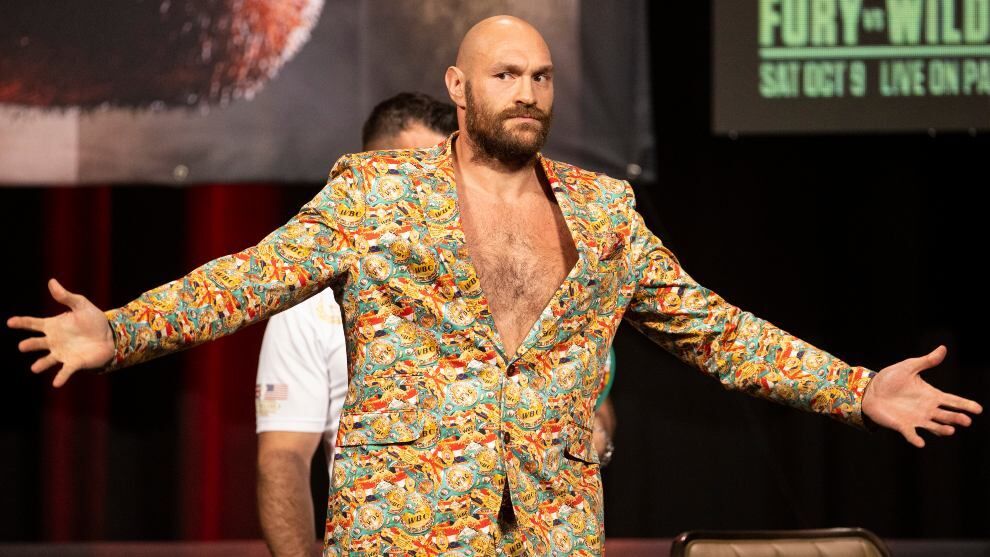 Horas before his third fight against Deontay Wilder, Tyson Fury has opened up in an interview in 'The Guardian', in which he spoke about his mental

Horas before his third fight against Deontay Wilder, Tyson Fury has opened up in an interview in ‘The Guardian’, in which he spoke about his mental health problems. The boxer assures that “anxiety is one of the worst things anyone could have” and that one of his best achievements was seeking help, although it took him a long time to do so.

Fury, defending his WBC heavyweight title against Wilder, he does not want to start as a favorite in the fight. “I’m not going in thinking I’m going to knock this guy out. I’ve prepared a lot, I’ve prepared well. So I’m giving Wilder the respect he needs and deserves for this fight.”

I couldn’t sleep with the light off, I was scared to death of everything, the anxiety was killing me

The boxer, who already on other occasions he spoke about his suicidal ideas, states that “I couldn’t sleep with the light off, I was scared to death of everything, the anxiety was killing me. I’ve come a long, long, long way. My anxiety was terrible. I think anxiety is one of the worst things I ever do. anyone can have it. It’s the fear of the unknown. It’s crazy. “

And Fury explains some of his past decisions. “I was gone for three years. I was very low, right between life and death. What advice would you give to young athletes who are getting ahead? The best advice you can give anyone is to get the right help right away. I never sought help for my mental struggle until 2016. I did not know what was happening. I had no experience. Nobody around me knew what was happening. One of the best things I did was go out and talk about it, because with communication you can overcome any obstacle. “

I don’t think I can beat myself. And if I thought that I could beat me I’d be in the wrong job

But the boxer is aware that he has to be attentive to his mental well-being. “Now I know what is going to happen,” he admits. “But before, when you don’t know what to do and have never known how to get over it properly, it’s hard. Now I have a mechanism that I train on every day and that keeps depression away, the ‘black dog’, as Winston Churchill used to call him, keeping it at bay. “

Tags: boxing, sports Center
‘Pipino’ Cuevas, a benchmark in Mexican boxing
Boxing: Terence Crawford, against the most difficult opponent of his career
They change rival to Gervonta Davis and will face Isaac Cruz on December 5
BOXING 888