Boxing: Fury opens the door to a fight with Mike Tyson after his duel with Wilder 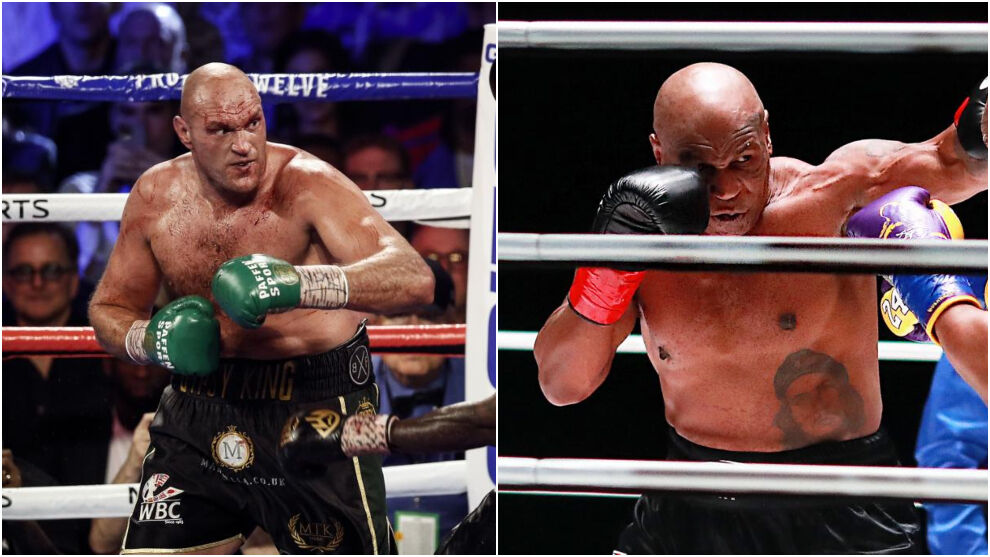 Updated 09/10/2021 - 12:30 Tyson Fury is the latest fighter to volunteer to fight Mike Tyson. Since the former world champion returned to the ri

Tyson Fury is the latest fighter to volunteer to fight Mike Tyson. Since the former world champion returned to the ring with the exhibition fight against Rory Joner Jr in November 2020, the names of future rivals such as Lennox Lewis or Evander Holyfield have followed each other.

Now it is the current World Boxing Council heavyweight champion who also wants to fight Iron Mike. After confirmed that his third match with Deontay Wilder will be on October 9 at the T-Mobile Arena in Las Vegas (early morning from October 9 to 10 in Spain), he considers getting into the ring with Tyson as his opponent. The duel with Wilder was scheduled for July but was postponed due to a coronavirus outbreak.

THE FURY-WILDER 3, IN ‘FIGHT SPORTS MAX’. DO NOT MISS ITS TWO PREVIOUS DUELS AND MANY OTHER CONTENTS IN THE NEW FIGHTING CHANNEL IN SPAIN. DOWNLOAD THE APP HERE.

“You have Holyfield fighting Vitor Belfort this weekend Holyfield is 60, the other is 45 – why should we kill these people’s dreams because they are getting fit, trying hard and setting a goal? I love to see Mike come back and fight, you know, I would love to fight Mike Tyson in an exhibition“Fury pointed out.

Fury revealed his fighting schedule. After the duel with Wilder, he plans to face each other with Dillian Whyte in December in Cardiff. Then came a fight with Anthony Joshua in Saudi Arabia in March and his subsequent fight at Wembley. And he would close this cycle with a new duel, the third, with Derek Chisora.

If the fight against Whyte is not finalized, Fury would fight Mike Tyson. “If the Dillian Whyte thing doesn’t happen, then I’d love to see Mike in an exhibition.”Tyson vs Tyson, past vs present. There is a lot of fun in this duel, “says Fury.