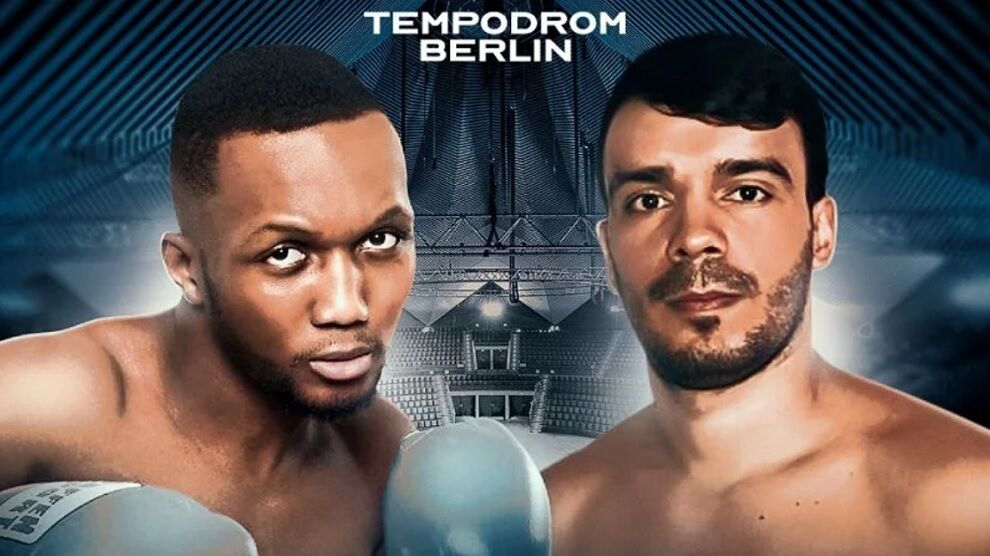 ANDThis Saturday, March 19, from 8:00 p.m. on the Marca Channel Fight Sports Maxa powerful evening is played live from the Tempodrom in Berlin, Ger

ANDThis Saturday, March 19, from 8:00 p.m. on the Marca Channel Fight Sports Maxa powerful evening is played live from the Tempodrom in Berlin, Germanya venue where boxing had not been held for eighteen years.

There will be a stellar combat of great interest. The excellent German boxer Abass Barau (11-1, 7 KO), who was amateur European champion in 2017 and bronze in the world championships that same year, faces the Argentine Brian Damin Chavez (14-1, 5 KO) ten rounds looking to get closer to the world championship, this time professional.

Baraou is already number 7 on the IBF world lists, as well as number 5 in Europe, and he faces the considered best Argentine welterweight about a hundred active boxers from that country of great boxers.

Baraou, who is fighting for the first time in his city, is optimistic. “I am excited to face an opponent as tough as Chaves at the Tempodrom. This is another important step for me as I get closer to to be able to fight for the world titles. I hope to put on a great fight for all my fans in Berlin.”

Even more optimistic is the Argentine. “Defeat Abass Baraou by KO in five rounds. I will not let this opportunity pass. I have plenty of quality and I’m going to bring victory to Argentina.”

The German of Togolese origin is 27 years old and could be one of the great stars of German boxing, as commented by the gala promoter Kalle Sauerland. “We are delighted to be back with Abass Baraou, who can become one of the Germany’s Upcoming Boxing Superstars. Spectators will be allowed in the Tempodrom and I am sure that fans will come in great numbers to experience boxing live in this fantastic setting.”

In addition, several more professional fights will be played with the presence, among others, of the undefeated Norwegian cruiserweight Kai Robin Havna (16-0, 13 KO) or the local boxer sophie alisch (6-0, 1 KO). It will be live this Saturday at 8:00 p.m. on Fight Sports Max.