Boxing has made me value things more and better 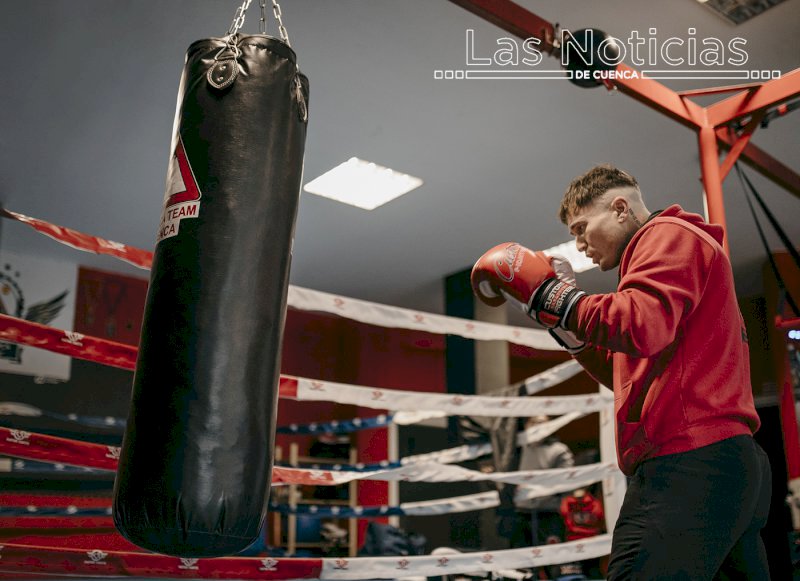 Sport is full of wonderful stories in which strength and perseverance are the main protagonists. Anton Mihai's, without a doubt, is one of them

Sport is full of wonderful stories in which strength and perseverance are the main protagonists. Anton Mihai’s, without a doubt, is one of them. A man who in a ring has found his passion, his work, and, ultimately, his home. The boxer of Romanian origin describes his life and sports career, which has led him to settle in Cuenca.

Born in Moldavia, Romania, from an early age he became interested in sports, first trying football. He was once introduced to the world of the gym when a friend insisted that they should give a try to a contact sport that would give them notions of defense. The only one who continued it was Anton, who ended up getting hooked after watching an evening of kick boxing. Little by little, and with a lot of hard work, he would even become Spanish amateur champion. He also took his first steps in boxing, although at the time he saw it as “something much more unattainable”, but he did not give up for that.

And the fact is that if something defines ‘El moldavo’ it is his undaunted attitude. He didn’t exactly receive encouraging comments when he jumped into boxing, with many pointing out that he had started late, that he was too old or that he had no promoter. Far from falling apart, our protagonist grows in moments like this. “All of this gives me a little wings. That they tell me I’m doing badly, life gives me ”, he assures, very determined.

Anton, with full victories in his four professional fights, is two away from participating in a Spanish Championship

FROM ROMANIA TO SPAIN

The truth is that Anton has gone through great difficulties to establish himself in what makes him happy. The economic situation that he was going through in Romania meant that, at times, he did not even have enough to eat. Therefore, he left everything behind and threw the blanket over his head at only 15 years old to accompany his older brother, 18, to Torrejón de Ardoz -Madrid-, looking for a better fate. The beginnings in Spain were not easy for Anton either, since he worked for five euros a day plus food, sharing a flat with 13 people. Meanwhile, he demonstrated his passion by living for and for boxing. He would take his car and sleep in it, going from city to city to spar with the best fighters. “Then I would go home to work, because unfortunately I have never won the lottery,” he says with a laugh. He would soon earn that nickname of ‘The Moldavian’, which is not preceded only by his geographical origin: “Moldovans are something like the Basques, people a little more coarse”, he jokes, pointing out that this definition fits his attitude in the ring.

When his brother, who had started a relationship with a girl from Cuenca, came down to see her, Anton took the opportunity to also come with his other brother, with whom he visited the city. Finally, his brother ended up moving to Cuenca, while the other returned to Romania. “And what am I doing alone in Torrejón?” thought the very young Anton. That was how he ended up in Cuenca, although he also went through Romania again, as well as Almería or Valencia. “But in the end I always ended up going back to Cuenca, I don’t know how,” he declares. Almost almost predestined for it, because of how he tells it, he ended up taking root here.

Today, and after all the vicissitudes he has gone through, he can proudly say that he has found a home: “Cuenca is already my city. They have offered me to go to another country to train and fight, but I like this”, says Anton, who today teaches at the La Roca Gymnasium.

Even more than that, he is grateful for having also found a discipline that, more than a sport, is a lifestyle that has given him a lot personally. “Boxing has made me value things more and better, it has made me more of a person,” he transmits. Far from what some people who associate boxing with something violent or even rude might think, the boxer values ​​the many values ​​on which this sport is based, such as discipline, respect and camaraderie.

Of the many moments that boxing has left him, he has two etched in his mind: one, his professional debut in Quintanar de la Orden. The second, his victory against Roberto Ramírez, Spanish amateur runner-up, whom he defeated without even knowing the title he held. He assures that this fight marked him a lot, and that it made him see what he was capable of. Today, while he fights to go to a Spanish Championship, he also promotes boxing in Cuenca, where he maintains the illusion of creating a quarry. After the evening that he organized in April, he already anticipates some other little surprise for this year in Cuenca. As he himself says, with hard work and humility, it will be achieved.