Boxing in modern times (I). The figure of James Figg and the irruption of the gloves 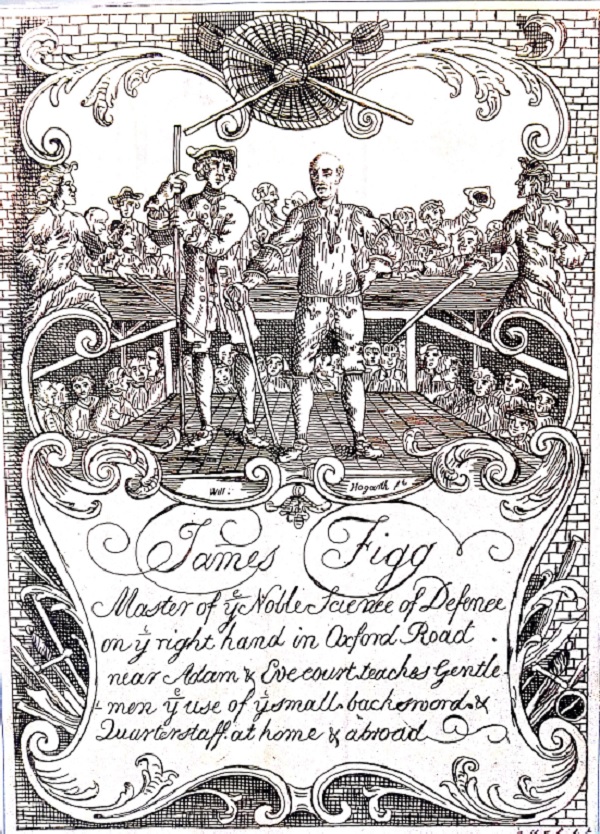 Anthony Salgado After the fall of the Roman Empire, boxing was completely forgotten in Europe until the beginning of the

After the fall of the Roman Empire, boxing was completely forgotten in Europe until the beginning of the 18th century, when it reappeared in England. From there it went to the United States, Australia and France to spread to all countries.
Modern boxing officially dates back to 1719, in which year it made its appearance in London. james figg, born 1695, in the county of Oxfordshire. Figg was not only a pugilist, but also distinguished himself in the handling of the cane and the dagger, arts that he taught to aristocrats so that they could defend themselves against the thugs who infested the roads at that time, hence the name “sport”. of self-defense” that was initially given, among others, to boxing.

Boxing was then done with bare fists and, as is easy to imagine, the technique was in its infancy, being able to affirm that even when Figg and his followers baptized it with the name of “science”, it consisted of a series of tricks that today even beginners would be considered innocent.
Later it arose Jack Broughton, who brought skill and technique. He was the first to give boxing rules, which were incorporated into the London Prize Rules, a code “approved by the gentlemen and accepted by boxers.”

Considered the true father of pugilism, Broughton is also known as the inventor of modern boxing gloves, which were not used in combat until much later. Back then they were only used for training the gentlemen to whom the teacher taught the secrets of the “noble art”.

Since Figg’s time, the interest in boxing matches has been constantly increasing in England, as they were not only played in the most varied venues but also in many others that were opened, not just in London itself, but throughout the United Kingdom. .
Each pugilist had his court of admirers and supporters, among whom there were always some “Corinthians” and other protectors willing generously to open his “bag”. The “Corinthians”, that is, the aristocrats, who formed the elegant and distinguished society of England, were, without a doubt, those who lent the greatest help to pugilism. The wealthiest put some of their farms at the disposal of their favorites to use as a training ground.

When a big fight was in the offing, fans were secretly notified and betting traffic started immediately. Later the day of the meeting was notified and, only on the eve, the place of the meeting. The same day before at night a caravan made up of all kinds of vehicles and horsemen left London, which sometimes came to jam the roads, since the figure of twenty thousand people moving to witness a meeting was the most common.

The spectators formed a heterogeneous group. Next to the aforementioned “Corinthian”, dressed in a tailcoat that was buttoned up to the neck, with a tie that went around the neck several times and with a high-top hat, stood, for example, the merchant or the simple worker. Not a few spectators attended the combat standing up in their vehicles, whose bright colors, when combined with those of the spectators’ clothing, gave the landscape a surprising appearance, which contrasted with the chosen site, which, in general, used to be a solitary moorland without vegetation.

Thabiso Mchunu does not think about Canelo; his concentration…
Carabajal denounced the theft of his FIB world belt
In Cowboys it will be the boxing party
BOXING 4228

Loading...
Newer Post
The Costa Esuri Open tournament, the great golf event this weekend in Ayamonte
Older Post
The best players of the 1970s in the NBA