Boxing: Is it Canelo or Mike Tyson? The video that shows that their movements are identical 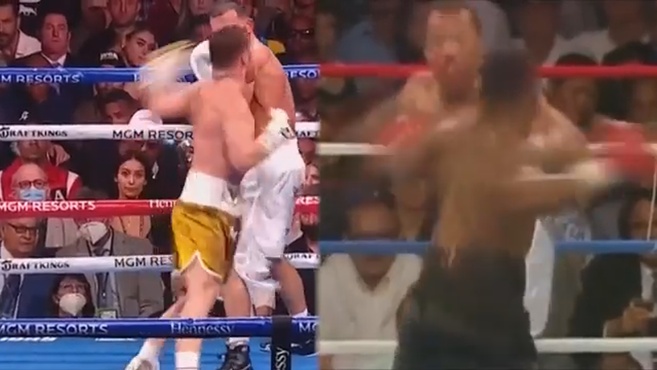 Updated 12/21/2021 - 20:35 Bernard Hopkins He said it was almost impossible to stop Mike Tyson in his good days when he was close to his rival ma

Bernard Hopkins He said it was almost impossible to stop Mike Tyson in his good days when he was close to his rival mainly due to his waist movements. The former champion commented before Canelo knocked out Kovalev, that he would have to move like ‘Iron Mike’ if he wanted to do it. ‘The Executioner’ spoke like this of the youngest champion in heavyweight history: “He had one of the hardest styles to counter and he was tough to hit even though he was a little short for a heavyweight.”.

Hopkins, also explained of Tyson: “Mike had those fast hands and his waist movement was just incredible. His legs were in the same position, but his waist was moving and turning and so fast that you lost yourself when you went to hit him. And instantly you were like, ‘oh my!’ because you knew what that meant. You already had him in front of you doing those movements and it was very difficult to hit him. ”

In the video shown above, we can see Canelo in his recent fight against Caleb Plant and Tyson against Pinklon Thomas, making almost identical movements. They dodge by crouching and with a very fast waist movement the jab that their rivals throw with their right and they respond with a devastating left because they already have their rival within range. In the case of both, they have encountered enemies that are always larger in their path and developed very effective tools for fighters with a great punch but size.