Boxing: Jake Paul explodes against Conor McGregor: “Put down the bottle, get off Twitter, get back in the ring and shut up” 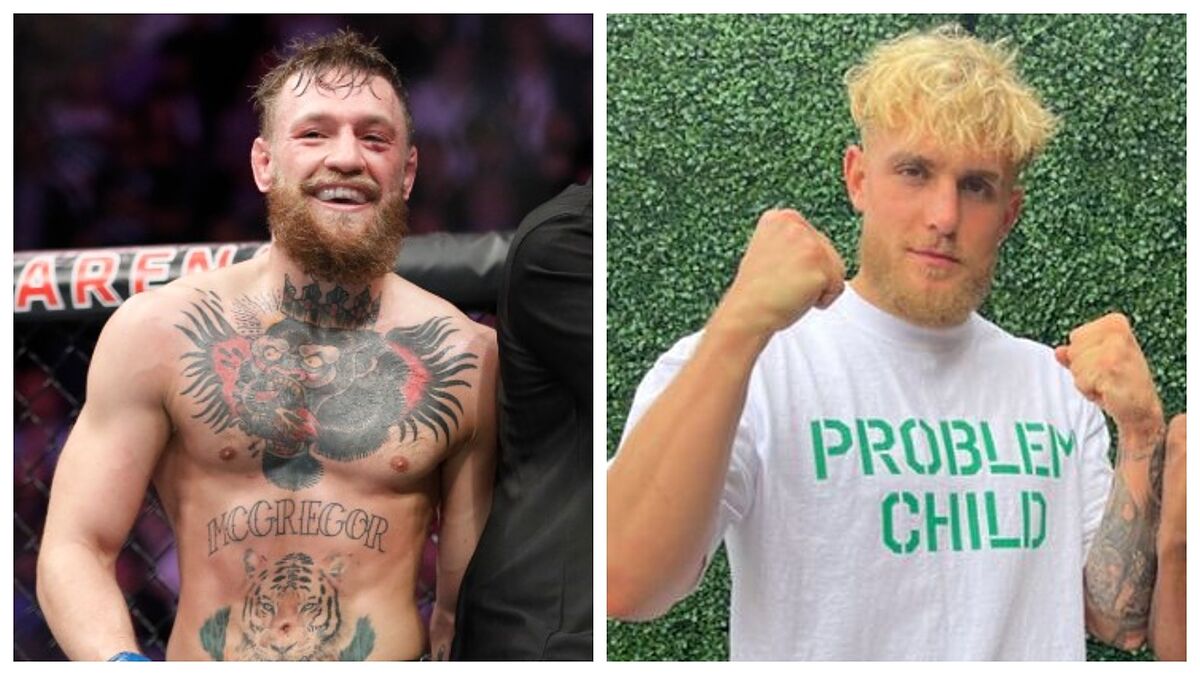 Jake Paulhas his sights on conor mcgregor About some months ago. 'The Problem Child' has challenged him to a fight on multiple occasions, but it h

Jake Paulhas his sights on conor mcgregor About some months ago. ‘The Problem Child’ has challenged him to a fight on multiple occasions, but it has not materialized despite multiple calls.hockey in social networks.

Tuesday was the last episode, when Paul said in The MMA Hour that there are two conditions for the fight to take place. “For me, I have to fight a few more times, knock out others. He has to be active again, who knows when that will happen. They are the two things that have to happen and at some point, it will happen. why not? He is a businessman, I am a businessman. It will be between 75 and 100 million for both.”

McGregor didn’t like the comment and lashed out at the figures for pay-per-view of the last fight of the younger Paul. “You have two fights with 70,000 PPV purchases”, I replied on Twitter.

The answer was not long in coming. In a couple of minute video, Paul blasted McGregor, helashing out at the purses he won in his career, his drinking problem, a scandal with prostitutes, and the fractures that he suffered in his last fights in the UFC.

“Conor, Conor, Conor… you are more active on Twitter than in the octagon, your priorities are confused. Put down the bottle and fight againPaul began. “You haven’t won a fight in five bloody years, and the last time you did it was against Donald ‘Cowboy’ Cerronewho hasn’t won a fight against anyone since fighting you.”

Paul compared the income he has had so far in boxing to what McGregor had in his early days in the UFC. “You say I’m a nobody and I guess you’re right. I’m just a kid from Ohio, I’m a nobody, but Your sixth fight had literally two people in the crowd, and I’m going to fight my sixth fight at Madison Square Garden.; the ‘Mecca of boxing’ on August 6. I know you’ll be watching, boy. In your eighteenth fight, you won $150,000; in my fifth fight, I won $15 million. Do you want to talk about PPV purchases? Against Nate Robinson it was 1.8 million, against Ben Askren it was 500,000, the first against Tyron Woodley was 1.5 million, the second against Tyron Woodley that ‘no one wanted to see’, we got 200,000 pay-per-view buys. You in the last five years have zero PPV buys because you don’t fight. You have a lot to say about me, but I am sharing millions of dollars with underpaid fighters, while you share prostitutes with Dana White. I’m sorry Conor, I know your PR team wanted to hide that video.”

“You shouldn’t have messed with me, Conor, this is my game There’s a new king in town This is my game, now I’m running it. What’s up, Connor? Last year, when I was winning knockout of the year, you just got knocked out. Fix your calcium deficiency, stop breaking your bones. Let’s get in the ring and win $200 million. Conor, no matter how you look at it, we’re just not on the same level.”

“I’m my own boss. Yeah, you made $100 million when you fought Floyd, but Dana kept half of it. So no matter what you do or what you make, cut that shit in half. If we’re looking at net worth by net worth I’ll shit on you, Conor. Put the bottle down, get off Twitter and get back in the ring and shut the fuck up, or I’ll put you back on the leash. Go to hell, Connor.”

Loading...
Newer Post
George Foreman accuses that they want to blackmail him for sexual abuse, but he assures that he is innocent
Older Post
NBA: Lakers in possible negotiations with the Utah Jazz | Basketball 123